Toronto drivers save $816 on average by comparing car insurance quotes with RATESDOTCA.*

How much does average car insurance cost in Toronto?

How to get the cheapest car insurance in Toronto

Save on Toronto car insurance today

How to get Toronto car insurance quotes on RATESDOTCA

Car owners in Toronto (same as all cities in Ontario) are required by law to have car insurance. If you are found driving without valid auto insurance, your driver's license will be suspended and your vehicle will be towed. Fines for not carrying valid auto insurance is ranging from $5000 to $50,000.

Toronto operates under a no-fault insurance system, which means drivers always go through their own insurance company, no matter who is at fault in an accident. Auto insurance in Toronto is a privatized industry, meaning you purchase your policy from a licensed insurance broker, insurance agent or direct writer:

Insurance agents - they represent only one insurance company. They only resell that particular company's insurance products.

Direct Writers - they are insurance companies that sell their own insurance policies directly to you.

Toronto auto insurance (same as Ontario auto insurance) is regulated by the Financial Services Regulatory Authority of Ontario (FSRA), formerly known as the Financial Services Commission of Ontario (FSCO), an agency of the Ministry of Finance. FSRA regulate all Ontario auto insurance rates to ensure all insurance company's proposed rates are reasonable, but also allow them to charge enough to cover their operating cost, future claims from consumers and their own profit. Auto insurance providers can apply to increase or decrease their rates every quarter, and usually request rate increases due to changes in a particular coverage. Auto insurance companies also offer rate reduction, insurance rebate and billing flexibility to provide financial relief to their customers during this COVID-19 pandemic.

How much does average car insurance cost in Toronto?

The average Toronto car insurance costs $1952 per year or $163 per month, based on our current RATESDOTCA Insuramap data, which is $297 more than the Ontario provincial average of $1,555 a year. The average cost of car insurance for the Greater Toronto Area (including Toronto) is $1,842, meaning that driving costs Toronto drivers about 6% more than their suburban counterparts. When we look at prices for the rest of Ontario, Toronto is the seventh most expensive city to be a driver.

The high average cost of Toronto car insurance is also linked to the likelihood of claims and crime rates in the city, which is why Toronto drivers pay more than drivers who live in smaller towns.

No one pays the same amount for car insurance, and insurance companies factor in many details when calculating your rate. Some are obvious. You can expect to pay a higher premium if you have received multiple speeding tickets or have been at fault for collisions. But there are also other factors most drivers aren’t familiar with.

Here are some of the main factors that insurance companies consider when calculating car insurance rates in Toronto:

”
This is the second year that I have used your services, just put in your information and the quotes come up.
Sharon

”
Your Rep was great.
James Clodd

”
Everything was in order. I like that. Time management was very good.
Avtar Khosa

”
Guy on phone was awesome
AARONMACLEOD

”
Steve of scoop insurance brokers was very helpful and knew what he was talking about. gave me all kinds of options for insurance purpose
MOHAMED NOSARKA

”
I always use Ratesdotca for my travel insurance and I always have great deals.
Pither

Why is car insurance so expensive in Toronto?

Insurance companies base your rates on how likely you are to make a claim. Although your driving history is a major factor, high traffic volumes, collision numbers, and the cost of repairs also play a part.

Despite these factors, you can always find a better rate. Compare insurance rates today to get the best quote.

How much can I save on Toronto car insurance with RATESDOTCA?

In 2021, the average annual savings for Ontario drivers who used RATESDOTCA was $772*. Some drivers saved thousands more by comparing quotes with us.

Our tool is free to use, and it only takes a few minutes to find the cheapest rate. If you complete the process and don’t like what you see, you are under no obligation to buy. RATESDOTCA does not take any payment information. That’s left to our insurance partners whom we connect you with directly.

Toronto drivers pay a lot for auto insurance, but you can help bring the average down. Get a personalized car insurance quote today and see how much you can save!

When should I shop around for the best car insurance rates in Toronto?

You don’t need to wait until renewal time to shop around for rates. If you’re done paying big city premiums and want to find cheaper rates, the easiest way to switch to a better rate is to shop online and compare. Let’s take a look at what else you could do to get cheaper car insurance rates:

How to get the cheapest car insurance in Toronto

Want to pinch pennies on your car insurance? With Ontario’s relatively high auto insurance costs, many drivers in Toronto and throughout the province are looking to save on their premiums. Here are a few tips to get the cheapest Toronto car insurance quote.

Estimated average insurance premiums are from the 2021 RATESDOTCA Auto Insuramap.

Where in Toronto have the cheapest car insurance rates?

Where you live greatly impacts what you pay for car insurance. The variances are heightened in major cities. People living just one postal code over could be paying a different average rate than you. In Toronto, it’s not always immediately obvious which neighbourhood will have low rates. The city’s population and infrastructure are always growing and changing, so risks tend to migrate, too.

Eleven Toronto postal codes are tied for having the cheapest premiums in 2021. Here they are, sorted by official city ward:

The neighbourhoods paying $1,620 a year are in central downtown Toronto. We can deduce that the reason people who live here pay cheaper rates is because they drive less frequently than their suburban counterparts and they have access to many other modes of transportation, like walking, biking, public transportation, and taxis.

The second-lowest premiums are found near the centre of Willowdale, a North York ward above Toronto's downtown core. The major intersections around the M2N postal code are Finch Ave. W. in the north, Sheppard Ave. W. to the south, Senlac Road to the west, and Yonge Street to the east. Residents here are more car-reliant, meaning claims activity is higher than in the downtown core.

The same can be said about the areas with the third-lowest premiums in the city. These postal codes are located in the western part of Toronto, with the fringes of some downtown wards included in the mix.

Estimated average insurance premiums are based on the RATESDOTCA Auto Insuramap data.

After years of increases, the cost of auto insurance in Toronto declined when COVID-19 swept the city in early 2020. The average annual premium for Toronto in 2021 was 11.3% lower than the previous year's average.

However, for several reasons, the trend is not expected to continue into 2022. Chief among them is that Covid-19 insurance rebates offered by insurance companies as relief are expiring soon. Insurance costs will also be affected by people resuming their pre-pandemic driving habits. Rising inflation is also projected to put upward pressure on premiums.

Sure, it’s easy to stay with your current insurer and to let your policy renew automatically. But you could be leaving money on the table by not shopping around.

Take three minutes to see if another insurance company can offer you a better rate. RATESDOTCA compares more car insurance providers than anyone else, so you can be confident that you’re finding the lowest price on car insurance.  As you can see, the savings add up.

Join the thousands of Toronto drivers who use RATESDOTCA to lower their car insurance bills today. 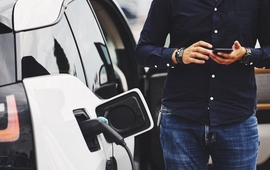 Looking at four key automotive industry trends that emerged in 2022, let's find out if these trends help, hurt, or have no impact on your auto insurance rate.
Learn More
5 mins read 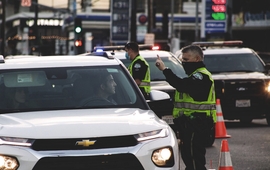 There is no scenario in which using cannabis prior to operating a motor vehicle makes you a safer driver. Plus, it can make your insurance rate skyrocket.
Learn More
5 mins read