How to get Markham car insurance quotes on RATESDOTCA

Markham is a city that sits within the Regional Municipality of York that makes up part of the Greater Toronto Area (GTA). Its position as an important part of the Golden Horseshoe and strong industry ties makes Markham an important business hub in Ontario. This has driven population growth in recent decades and consequently led to Markham being among the most expensive auto insurance markets in Canada.

Despite playing host to an array of industries today, Markham’s heritage is of a town focused on agriculture. However, after World War II, the town started to develop and become and urbanized centre for commerce and business, while also acting as a satellite to Toronto. This development was accelerated upon the completion Highway 404 during the mid-1970s. The highway connected Markham with Toronto and has meant traffic growth around the city has been rapid, another contributor to high insurance premiums in Markham.

Why is car insurance expensive in Markham?

Markham is located within both the Golden Horseshoe and Greater Toronto Area. It is a centre of business and commerce and helps to make up an urban sprawl that is the most economically fruitful in Canada.

This area also carries notoriety for having average auto insurance premiums that are the most expensive in Canada. Markham is no exception to the rule. The city is very expensive for customers insuring a vehicle. Ontario as a whole carries the highest premiums in the country, with a provincial average of around $1,500.

The Greater Toronto Area is the base that makes the average across the province so high. The top ten most expensive insurance markets in the country are located in the Golden Horseshoe region, and Markham is among them. There are a number of factors that cause this, and here are some of the most important:

Really, in Markham, the only way to feel good about an insurance premium is to shop around. Still, some customers avoid shopping and take the first quote that comes their way. This is a huge mistake, customers who do not shop around are almost always overpaying for coverage.

Comparing quotes is crucial for customers who want the best value for money and a policy that meets their specific criteria. Shopping around manually is a time consuming chore, which is why our quote comparison tool is so useful. 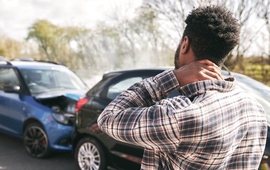 The term "no-fault insurance" is confusing. Does it mean no one is to blame for a car accident? Not exactly.
Learn More

Taking steps to get your vehicle winter-ready involves installing snow tires, clearing all the snow and ice off your vehicle, and driving carefully.
Learn More 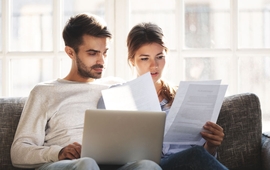