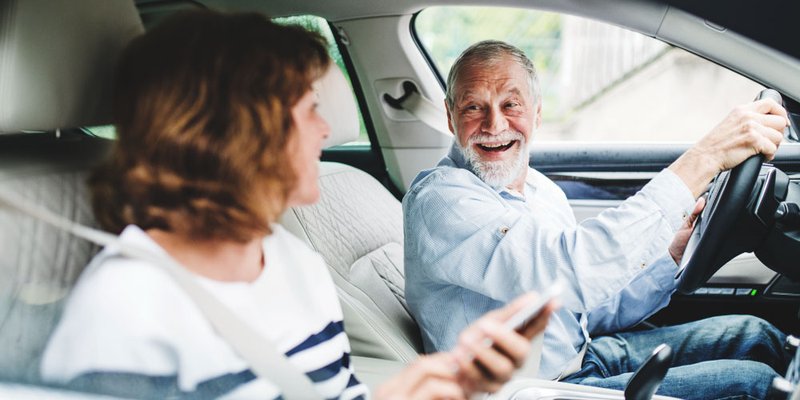 When you’re involved in a collision, insurance providers use a set of provincial or industry-wide guidelines to determine fault.

In Ontario, for instance, the government regulates the Fault Determination Rules, while in Alberta, fault is determined via the Traffic Safety Act.

The fault rules will differ depending on a province’s insurance system — either a no-fault system, tort system, or hybrid model.

Within any system, if you are found to be at fault or partially at fault for a collision, you’re almost guaranteed to see an auto insurance rate hike at renewal time. However, according to RATESDOTCA data, not all drivers fare the same in terms of how much their premium will increase. Insurance providers determine your rate using several factors, including your age. And our data show that the premium hike drivers face after an at-fault collision varies by generation.

We looked at RATESDOTCA data of drivers in Ontario and Alberta who purchased a car insurance policy between 2018 and 2020 after getting free quotes on our site. We then broke the data out by age group and compared the average annual premium for drivers with clean driving records with the average premium for drivers with at least one at-fault collision in the last 11 years. Here’s what we found:

How does ageing affect safe driving?

As we age, changes to our health can affect our driving abilities.

For instance, senior drivers may find it challenging to see in the dark or notice things in their peripheral vision. In addition, there may be physical and cognitive decline or medications they need to take that could cause impairment.

One of the factors insurance companies in Canada weigh when pricing an auto insurance policy is a driver’s age, and another is the number of at-fault collisions on their driving record.

Whether young or young at heart, road safety is everyone’s responsibility

An at-fault collision remains on your driving record for up to six years. If your insurance provider were to apply a surcharge for the entire period, it could cost you thousands of extra dollars.

Taking the example of a Gen-Z driver in Ontario with an at-fault collision, the 35% increase on their premium (roughly $1,504) works out to an estimated $9,024 over six years compared to a Gen-Z driver who is collision-free. That’s a lot of money.

Fortunately, most insurance providers will gradually decrease the surcharge with each collision-free year the driver maintains.

What to do if you’re in a collision

Even good drivers can find themselves in a collision, but to maintain your low auto insurance premium, you’ll have to prove that you’re not at fault.

If you’ve been in a collision in Ontario, pull over on the shoulder of the road and stop as soon as it is safe to do so. If you don’t stop, you could be subject to criminal prosecution for a hit-and-run. Next, call the police if anyone has been injured or the damage to all vehicles involved appears to be more than $2,000. If the damage appears to be less than $2,000, report the collision at a collision reporting centre within 24 hours. The collision reporting centre must be in the city in which the crash occurred.

If your vehicle can’t be driven, turn on your hazard lights, signalling your presence to other drivers, and wait for emergency services or a tow truck. At the scene, exchange information with the other driver(s), including names, addresses, vehicle information, insurance details, and the number of passengers. Take pictures of your vehicle and any other vehicle involved in the collision. If there are tire marks on the road or other evidence, make sure to capture that as well. Make a note of precisely what happened while the details are fresh in your mind to use when filing your collision report.

Never verbally admit fault or promise to pay for damage at the scene. Let the insurance adjusters analyze the evidence and determine who is liable. Apologizing, admitting to wrongdoing, or taking responsibility for the collision can work against your claim.