This month's briefing
With the price of just about everything going up, containing inflation expectations is more crucial for rates than it has been in years.
5yr fixed rates are almost one percentage point more than variable rates. That gap is nearly the widest in over a decade.
Implied future rates in the bond market give 5yr fixed terms a compelling risk/reward profile, particularly if the lender has a fair prepayment policy.
Today's Headline
The Side Effects of Record Mortgage Activity
We’ve been writing about mortgages for years and have never seen the mortgage growth we’ve seen in 2021.
Read More
Average 5yr Mortgage Rates for the Last 10 years

Rates, as well as rate expectations, are little changed over the last month. Everyone is waiting for the same thing: lockdown to be over and the economic recovery to continue.

As for variable rates, they're still at the mercy of the Bank of Canada. The BoC is unlikely to lift rates this year. It prefers to let inflation run hot to ensure it doesn't sink below its 2% target again.

That suggests the spread (difference) between fixed and variable rates could keep widening through year end. It's already near a one-decade high.

The predictions that follow are based on Bank of Canada forecasts and implied (future or forward) rates in the bond market. Take them all with a grain of salt because a lot can change in a matter of months.

Reader note: The generalized guidance above doesn't apply to all because everyone's circumstances are different. It's a good idea to consult a mortgage professional for advice focused on your personal finances, goals and five-year plan.

The economy continues its recovery. Here are the main indicators worth watching:

"Current Lowest Rate" is based on the lowest nationally available uninsured rates.

"Fair Value" is where the lowest rate should be given current bond yields and historical spreads. 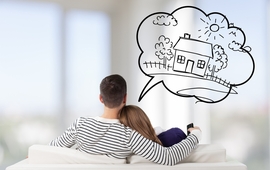 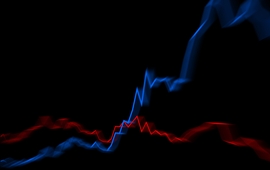