No one wants to get milked

No one asks to get milked. But it happens. Especially when it comes to insurance. Because we’ve all got better things to do than shop for another rate.

We hear you. But that’s how you’re getting milked.
You take the first rate you find. Milked.
That renewal letter shows up and you just go with it. Milked.
You go with the first provider you ever had because reasons. Milked.

It’s easy to get milked because everything is more interesting than dealing with insurance.
That’s why RATESDOTCA is all for the power of comparison shopping, because no one deserves to be milked.

Everyone deserves a better rate.

How to get your auto insurance quotes on RATESDOTCA

See quotes from insurance companies side by side.

What others have to say

”
Fast and reliable service. Whatever quote you got is real.
Meseret Ansaw

”
The only reason for 4 stars is because quote was off by quite a bit. Customer service was amazing super friendly.
Richard

”
Thıs website is absolutely great. These insurances were my fırst insurances in Canada since we just moved in. They found me very good insurances for a very decent price. Just in one hour, over the phone, I got my insurances (car and house) with a big discount. They are very professional, kind, and patient. I definitely recommend them! Do not waste your time anywhere else...
Cagatay

”
Quick and efficient access to serval different quotes. I received a call right away after requesting more information about one quote. It ultimately led to an option that saved me hundreds and hundreds of dollars per year on insurance. I used rates.ca 3 years ago as well to save me money as well.
Laurie

”
Thank you! I was so impressed with Liam Cain ....he helped me save over $600 /year on my auto insurance ....that’s a lot of money AND got me more for my buck on house insurance. As a broker Liam got the best coverage out there for me and I really appreciate everything!
Susan

These are uncertain times, but one thing that is certain is our commitment to you. As an online business, we're set up to help you remotely so you can still take care of your insurance, mortgage and money decisions.

To learn about financial relief, insurance rebates, billing flexibility and other relief efforts offered by insurance and personal finance companies, read our COVID-19 insurance relief guide. You can also use our Covid-19 rebate calculator to figure out how much money these efforts can help you save on your auto insurance premiums during this unprecedented time.

How do I get a better car insurance rate?

You may have noticed that different insurance companies offer different rates for the same coverage. So how do you know if you have the best deal? By comparing quotes on RATESDOTCA of course!

There is a reason people trust us to find the cheapest car insurance quotes in Canada: we make insurance transparent, simple, and fun. By comparing quotes, you can easily see which company is offering you the best insurance rate, based on your unique driving history and insurance needs.

Last year, drivers who shopped for car insurance quotes on RATESDOTCA paid 30% less than the average market rate.* Ready to compare quotes and save on your car insurance policy? Let’s get started!

Saskatchewan, Manitoba and British Columbia operate within a public car insurance model. Car insurance in these provinces is available through the government. In other provinces, including Alberta and Ontario, drivers must purchase insurance from private insurance companies. Quebec is the only province that uses a mix of both.

In each province and territory, a minimum amount of auto insurance is required by law. This typically includes third-party liability insurance, which covers medical expenses and property damage caused by the insured (aka, you). There’s also some level of accidents benefits or property damage coverage that is also mandatory.

Average rates vary across the country. According to the Insurance Bureau of Canada, British Columbia has the highest average auto insurance rate in Canada, averaging $1,832 per year. Ontario and Alberta are in second and third place, averaging $1,505 and $1,316 respectively. Drivers in Quebec pay the least in Canada, with an average premium of just $717.

Average insurance premium numbers are according to data released by the Insurance Bureau of Canada press releases in July 2018 and August 2019.

Is it legal to drive without insurance?

No! All registered vehicles in Canada must have insurance, as required by law. If you own and drive a vehicle in Ontario, for example, you are required to take out a basic car insurance policy that includes four types of auto insurance. Vehicle owners in Ontario who do not carry valid auto insurance can be fined anywhere from $5,000 to $50,000. You also risk having your license suspended and your vehicle impounded, not to mention facing sky-high insurance rates in the future.

RATESDOTCA is currently available to drivers in Ontario and Alberta.

What information do I need to provide to get a quote?

RATESDOTCA makes it easy for you to get an accurate auto insurance quote. You will be asked to provide basic information about yourself that will help insurance companies determine your premium. All we need is:

Oh, and don’t worry, RATESDOTCA values your privacy, and will never sell your personal information. Your info will remain safe, secure, and protected.

Are the rates you show accurate?

What you see is what you get. The auto insurance quotes you receive are accurate, based on the details you provide. A representative from the insurance company will confirm your information before issuing a policy. As long as your details stay the same, so will your rate.

What’s a deductible, and how does it work?

A deductible is the amount of money you agree to pay in the event of a claim before the insurance coverage kicks in. A driver with a $500 deductible and $2,000 in damage resulting from an accident will pay $500 out of pocket while the insurance company covers the remaining $1,500. Think of a deductible as your share of the repair cost.

Your deductible will also determine your policy premium. The higher the deductible you are willing to pay, the lower your insurance rate will be.

How can I reduce my insurance rates?

There are many ways to save on your car insurance! Here are some tips to help you bring down the cost:

Which insurance companies will I get quotes from?

RATESDOTCA partners with over 50 top insurance companies in Canada, more than any other comparison site. Our partners include Intact, Aviva, Wawanesa, Jevco, Allstate, and Echelon, to name a few. See our full list of insurance partners here.

How much does it cost to use RATESDOTCA?

RATESDOTCA is 100% free to use. We are committed to saving you time and money.

There is no catch! There are no hidden costs or strings attached. We make our money from the partners we work with, not from you.

Is it cheaper to shop direct?

No. Your quotes come straight from the auto insurance companies. They are the same rates you would get if you called them directly.

RATESDOTCA makes buying car insurance easy. We compare more insurance providers than anyone else, so you can be confident that you are getting the best deal.

CAA Insurance’s annual Worst Road campaign is back, and the insurer is asking drivers in Ontario to nominate the road they think is the most unpleasant to travel.
Learn More 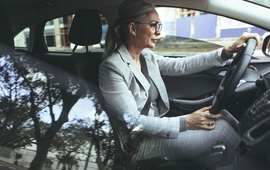 The Toronto suburb of Mississauga will introduce Automated Speed Enforcement cameras to its streets in an effort to get drivers to slow down. Here are the details.
Learn More 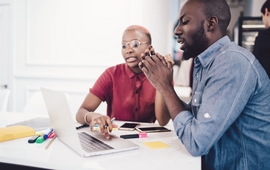