A fixed mortgage—particularly the 5-year fixed—has historically been the most popular option in Canada, particularly among first-time buyers and in rising-rate environments.

Variable, or “floating” rates, on the other hand, can increase or decrease during the mortgage term. Those changes track fluctuations in the prime rate, to which variable rates are tied.

There are two flavours of fixed and variable rates: open and closed.

Closed fixed mortgage: A closed mortgage involves a regular repayment schedule that typically only allows limited prepayment options. Most lenders let you make extra payments of 5% to 30% of the original loan amount in any given year. Many also permit a similar once-a-year increase to your monthly mortgage payments.

1-year fixed: One-year fixed rates have one of the shortest commitment periods of any mortgage term other than a 3- or 6-month fixed. That’s why they occasionally have the lowest rates on the market, even lower than variable rates at times. Only about 5-6% of Canadian mortgage shoppers choose a 1-year fixed term.

2-year fixed: Two-year terms can be a useful alternative to the 1-year term for those wanting upfront interest rate savings, but who don’t want to deal with renewing their mortgage every 12 months. The 2-year fixed sometimes offers a good balance between short-term rate savings and medium-term rate stability. Yet, only about 1 in 14 rate shoppers choose a 2-year fixed.

3-year fixed: Considered a “middle of the road” mortgage, 3-year fixed terms provide longer payment stability compared to shorter one- and two-year products, but don’t require as much of a commitment as the ever-popular 5-year fixed. About 7% of homebuyers choose this term.

4-year fixed: This is a generally unpopular term length, even though it has the potential to be the perfect “goldilocks” term for certain borrowers by balancing competitive rate with an appropriate duration. That’s because the average 5-year fixed borrower breaks their mortgage after only 3.8 years, resulting in many having to pay (often significant) prepayment penalties. Just 1 in 16 Canadian borrowers (6%) of Canadian borrowers choose for a 4-year term on average.

5-year fixed: This has long been Canada’s mortgage darling. Over half of Canadian borrowers choose this term, depending on the year. It’s a popular term because it strikes a balance between a competitive mortgage rate and a term length that gives borrowers confidence and budgetary stability.

7-year fixed: This is one of the least-chosen terms among Canadians, with just 1% of borrowers opting for a 7-year rate. That’s because it offers little additional rate protection compared to the 5-year fixed, but is typically priced significantly higher. It also has a punitive penalty if broken before 60 months have elapsed.

10-year fixed: A decade of rate stability can be both a blessing and a curse. On the one hand, if you’re able to snatch a 10-year mortgage at record-low rates, as they were in late 2020 and early 2021, you’re guaranteed 10 full years of rate stability. That’s attractive, knowing interest rates are sure to increase at some point over that time span. The problem is, 10-year rates aren’t typically priced as attractively as 5-year terms. In other words, their “break-even” point is high, so you have to believe rates could increase significantly. Moreover, should you need to break your mortgage within the first five years of the term, you could face extreme breakage penalties. After five years, the prepayment penalty is limited by law to just three months’ interest. Only about 1 in 20 borrowers choose a 10-year fixed rate mortgage.

Here are some other factors you should know about when considering what type of mortgage you want.

What else should I budget for besides the mortgage?

Aside from obvious upfront costs such as your down payment and ongoing monthly mortgage payments, there are a few other closing costs you should be prepared for when buying a home.

Does my credit score have an effect on getting pre-approved for a mortgage?

Your credit score can be the most important factor in determining whether you can get a pre-approval, and for how much. Lenders want to know that you will repay your debt, so they consider the following factors: payment history, outstanding debt, credit history age, applying for new credit too often and the type of debt you are looking for (long-term debt vs. short-term debt).

Credit scores range from 300 to 900, with 750 being in the “excellent” category. Most lenders require a score between at least the 600-700, but the higher your score, the lower the interest rate you'll be able to negotiate.

What is the mortgage stress test?

Anyone obtaining a mortgage must prove they can handle payments at a higher rate than their actual mortgage rate, in the event rates rise in the future.

There are currently two variations of the stress test in effect, depending on whether your mortgage is default insured or uninsured. Both are based on the benchmark qualifying rate:

What is prime rate?

Prime, or the prime lending rate, is the interest rate Canada's major banks use when pricing variable mortgages and lines of credit. Each bank sets its own prime rate, but the country's Big 6 banks usually have the same rate, with the exception of TD Bank.

Prime rate is directly influenced by the Bank of Canada’s (BoC) overnight lending rate. If the BoC raises or lowers its target overnight rate, a change in prime rate nearly always occurs in the following days.

Should I choose a fixed or variable rate?

The answer to this depends solely on your own financial preferences. Do you want interest rates that stays the same throughout your term, or one that fluctuates whenever the Bank of Canada changes its key lending rate? Will you sleep more soundly knowing your mortgage rate won't change over the course of your mortgage term, or are you willing to take some risk in exchange for potential interest savings?

When making this decision, it's important to consider current interest rate forecasts and market conditions. While it's impossible to predict the future with any certainty, economic conditions and even the Bank of Canada can provide clues as to where interest rates may be headed.

In the long run, homeowners can end up paying extra for a fixed rate – but this isn’t always the case. The spread between fixed and variable rates can narrow significantly. Or, as is the case as of late 2020, numerous fixed-rate mortgages can be found at a discount to variable rates. 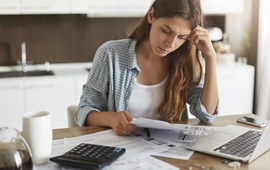 Thinking About Refinancing? How a Rise in Posted Rates Could Lower Your Penalty
With mortgage rates now doing a U-turn and heading higher, borrowers are rushing to lock in a rate on a refinance while they still can.
Learn More
RATESDOTCA T.
Feb.24.21
6 mins read 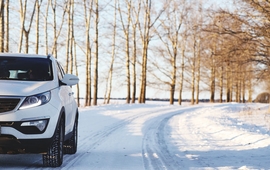 Homebuyers Chase Affordability Outside City Limits. But for How Long?
Working from the office is so 2019. The pandemic took remote workplace adoption to a whole new level, allowing many to look farther outside the city for new digs.
Learn More
RATESDOTCA T.
Feb.22.21
4 mins read