Should you buy a house right now, or wait until interest rates come back down? 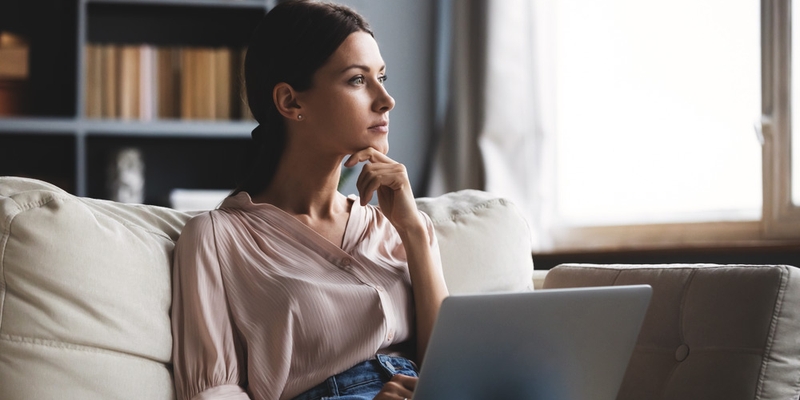 The cost of living in Canada is higher than most can afford, whether you’re renting or looking to buy property. And the Bank of Canada’s fifth consecutive interest rate hike this year has given many potential buyers pause, despite falling home prices.

As a result, many Canadian buyers are likely wondering whether to buy now and dodge even higher interest rates to come, or to trust in the Bank’s ability to one day rein in inflation and postpone their purchase. For most, the decision lies in where house prices are headed and when rates are expected to plateau.

Should buyers wait for home prices to fall more in Canada?

According to the Canadian Real Estate Association (CREA), the national average house price in Canada was $637,673 as of August, down 3.9% from August 2021, and home sales have also declined for six consecutive months. However, CREA expects the national average home price to increase 3.1% annually, up to $786,282, in 2023. Ontario’s average home price, in particular, is forecast to increase by 5.4%, and Alberta’s by 1.5%.

There is still time, of course, for house prices to fall further. In fact, RBC is predicting a 14% decline in the benchmark home price by early 2023, from the recent peak. Some buyers might simply be waiting for a rock bottom market to purchase.

“There are those who are going to try to time the market and buy at the lowest point to make the most bang for their buck,” says Chelsey Chapman, sales representative with the Rayner Real Estate Team at Keller Williams Edge Realty in Burlington, Ont. “These people maybe don’t need to buy or sell, so they have the option of waiting it out.”

However, this strategy can be counterintuitive.

“The increased annual interest rate you’ll end up paying will essentially offset any sort of discount that you’ll get upfront on the sale price,” says Chapman. “Even if prices drop 30%, if interest rates are going from 5% to 12%, the interest you’ll end up paying over time can actually be equal to if not more than any discount you’ll get waiting for prices to continue to decline.”

Waiting an indefinite amount of time for rates to fall can be a more comfortable decision for those who have the time. However, some homebuyers may have more urgency behind their decision than others.

“There’s an additional subset of people who are in a lifestyle circumstance,” says Chapman. “Maybe they’re going through a divorce, downsizing, or have a job relocation and don’t have the choice to wait for the market to come back around.”

Buyers in this boat may need to put more effort toward prioritizing a realistic payment structure with their broker.

“If your finances allow for it, take advantage of the lender’s prepayment options by paying more toward the principal balance,” says Victor Tran, RATESDOTCA mortgage and real estate expert. “Any extra amount above the minimum mortgage payment will go directly toward the principal balance, not the interest. The interest charged on subsequent mortgage payments will be calculated based on the lower balance owing.”

After the Bank’s September hike, and in anticipation of its October announcement, some buyers might be deciding whether to switch from a variable-rate to a fixed-rate mortgage for fear of higher payments to come. However, with fixed rates still higher than variable, and only a small gap separating the two, now may not be the best time to make the switch. “It's possible that we might be seeing the peak of fixed rates and to lock in at a high point could cost more over time,” says Tran.

For those who choose to both sell and buy in the current market, trading up is one perk that can help offset high interest.

“If you can get a house that maybe you were willing to pay $1.7 million for six months ago for $1.2 million now, that’s really the benefit of buying in a down market,” says Chapman. “Building wealth is easiest when you trade up in a down market.”

Is Canada in a buyer’s market or in limbo?

Though lower home prices could mean that a buyer’s market is near, we haven’t necessarily shifted out of a seller’s market just yet.

“Typically, [a buyer’s market] would be defined as having more than seven months’ worth of inventory out there in the market,” says Chapman, referring to the time it would take to sell all listed homes in a given area. “Right now, in most places we’re seeing around three to four months’ worth of inventory. So that’s still technically categorized as more of a seller’s market.”

According to Chapman, Canada is instead seeing a shift toward a more balanced market. However, Chapman points to Canada’s high immigration targets over the next couple of years as a key indicator of where the market is headed.

Ultimately, the decision to buy now or hold off comes down to your own personal needs and budget. When deciding whether to purchase a home in a high-interest-rate environment, it’s important to remember that finding an affordable mortgage is still possible.

“If you need a place to live, have the means to finance it, and come across a property of interest, I’d say go for it,” says Tran. “You need to start somewhere.” 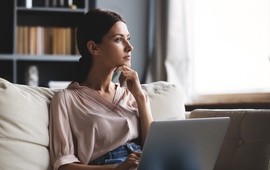 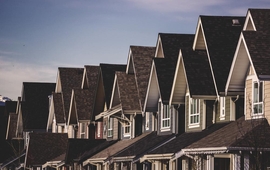