What is a 2-year fixed mortgage rate?

Two-year fixed mortgages can be a useful term for those seeking upfront interest rate savings, but who don’t want to deal with renewing their mortgage each year.

While the 2-year fixed offers a good balance between short-term rate stability and lower mortgage rates, it’s not one of the most popular Canadian mortgage terms.

Just one in 14 rate shoppers, on average, take a 2-year fixed, according to Mortgage Professionals Canada. That’s because rate shoppers often have a number of better rate options.

For example, those wanting to lock in for just one extra year can sometimes secure a 3-year fixed at lower rates compared to a 2-year term. And 5-year fixed can offer significantly longer rate stability for a minimal rate premium.

That said, on occasion a lender will come out with a 24-month fixed promotion that is simply too good to pass up.

Below, we explore what you need to know about the 2-year mortgage term, including some of its benefits and drawbacks.

Benefits of a 2-year fixed mortgage

Homebuyers typically settle on a 2-year fixed rate under one of three conditions:

Drawbacks of a 2-year fixed mortgage

Here are some of the potential drawbacks of choosing a 2-year fixed mortgage:

For those who want to try and predict where 2-year fixed rates are headed, keep a close eye on the Bank of Canada’s 2-year bond yield.

It’s not a precise indicator of rate movements over the short term, but over the long run, 2-year fixed rates tend to track 2-year bond yields relatively closely.

Discounted 2-year fixed rates are currently at their lowest level in more than a decade.

For those choosing a 2-year fixed rate, here are a few tips to get the most out of this relatively unpopular short-term product: 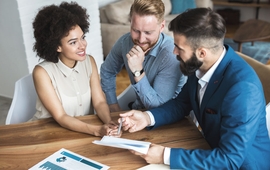 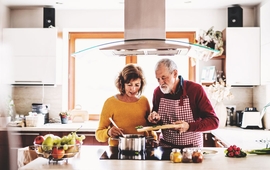 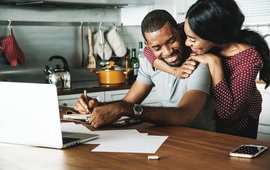