The 10 Most Expensive Cities in Ontario for Car Insurance 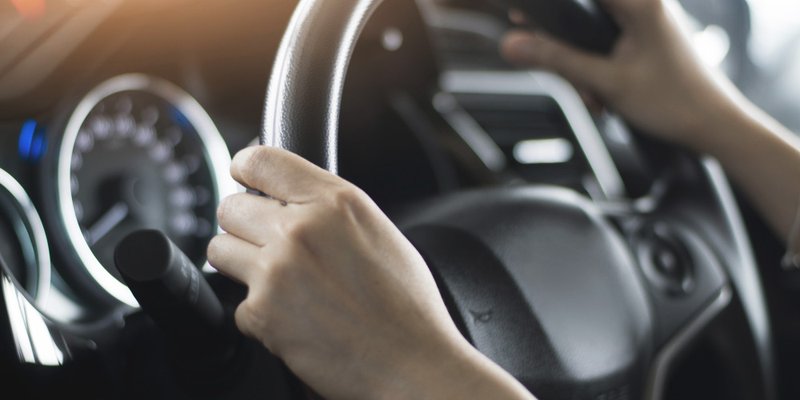 It’s no secret that Ontario is one of the most expensive provinces in Canada for insurance rates, and unfortunately, those costs continue to rise. What’s more, drivers who live in the Greater Toronto Area (GTA), including the City of Toronto, pay more for car insurance than drivers elsewhere in the province.

In 2018, the average Ontario auto insurance premium was estimated to be $1,473 per year. In 2020, and according to RATESDOTCA’s Insuramap, the average premium was approximately $1,616 annually, a 9.7% increase from two years ago.

Insuramap is an interactive online map that lets you search for the average auto insurance rate in a city or neighbourhood by postal code.

The Financial Services Regulatory Authority (FSRA), Ontario’s insurance regulator, allowed insurers in the province to offer rebates and premium discounts totalling an estimated $1 billion in savings for drivers to help soften the economic impact of the COVID-19 pandemic in 2020. However, FSRA did allow some insurers to increase their rates during the year.

There are a variety of reasons as to why auto policy premiums rise independent of an individual driver’s record. Insurance fraud, an increase in claims in the region you live, the escalating cost of repairing modern vehicles, as well as collisions caused by distracted driving all contribute to higher premiums for all.

According to the Insurance Bureau of Canada, more than half of every dollar insurance companies receive is used to settle claims. As claims cost increases, so too do insurance rates.

Which cities in Ontario have the most expensive car insurance rates?

If you reside in the GTA, you may likely be paying more than the provincial average of $1,616. These cities have the most expensive premiums in Ontario: 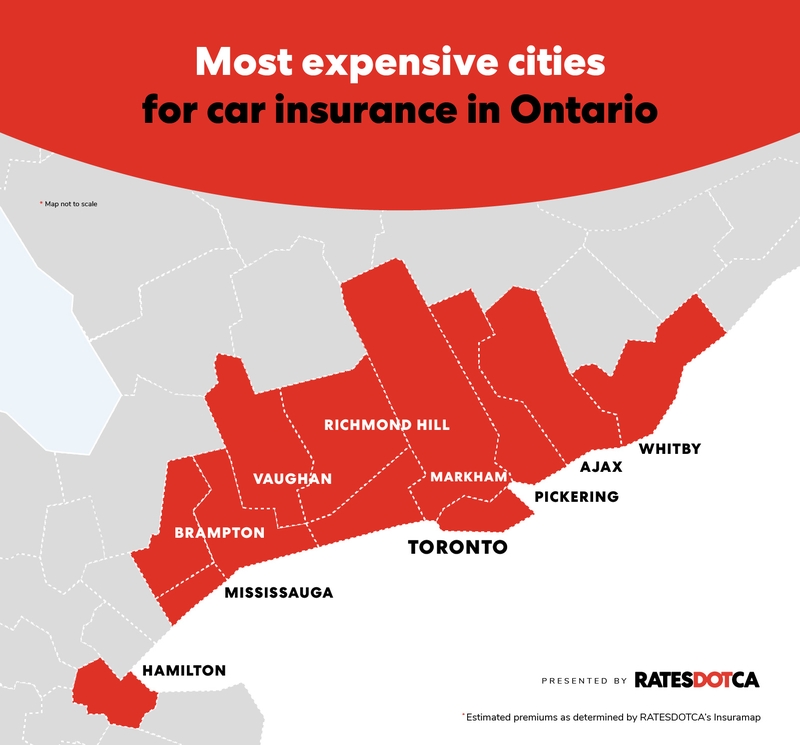 The rate estimates in the above chart are based on a 35-year-old driver of a 2017 Honda Civic with a clean driving record.

Do large cities have higher rates?

The GTA is the most populous region in the country, home to more than 6 million people in 2020. It is projected to be the fastest-growing region in Ontario and is forecast to grow to over 9.5 million people by 2045.

The populations in other regions just outside of the GTA – Durham, Halton, Peel and York – are also forecast to rise higher than the provincial average. For instance, Peel Region (consisting of Brampton, Caledon, and Mississauga) is expected to welcome 900,000 new residents by 2046, which is a 59.2% increase from 2019. In other words, there are millions of drivers in the GTA, and there will be more vehicles on the road over time.

Despite this, it’s not necessarily your city’s population that determines what your insurance rate will be. Otherwise, cities like London, Windsor, Kitchener and Ottawa would factor into the 10 most expensive urban centres. According to Insuramap, each of these four cities has insurance premiums lower than the provincial average:

Auto policy premiums vary by town or city for a variety of reasons, but it ultimately comes down to assessing the likelihood of filing a claim. If the municipality where you live has a greater frequency of insurance claims than others, or if claims costs trend higher in that region, your premium is likely to reflect that.

However, where you live may no longer factor into your insurance premium in the not-too-distant future. In its 2018 Ontario Economic Outlook and Fiscal Review, the provincial government said it would explore a variety of ways to lower rates, including eliminating geography-based pricing.

There is legislation called, “Ending Discrimination in Automobile Insurance Act 2019” (referred to as Bill 42), that would remove your postal code from insurers’ calculations when determining what you pay for coverage. As of December 2020, Bill 42 is under review by Ontario’s Standing Committee on Finance and Economic Affairs. Should the Committee approve of it, it will get a third reading in the Legislative Assembly of Ontario, and if passed, it will receive royal assent and become law.

Which cities in Ontario have the cheapest car insurance rates?

To get an auto policy premium below the provincial average of $1,616, you need to live in a city or region outside of the GTA. According to RATESDOTCA’s data, here are the towns or cities in Ontario with populations greater than 15,000 people that have the cheapest car insurance rates in 2020:

Other smaller urban centres such as Collingwood, Owen Sound, and Stratford ($1,211 per year each) also all fall below the provincial average.

From large urban centres to smaller towns, there are many ways Ontario’s drivers can save money on their insurance premiums, including:

Last but not least, get into the habit of shopping your rate regularly (at least once a year before your policy is up for renewal). Comparing policies and premiums is a smart way to find the coverage you need at the best price. It’s also free, and it only takes a few clicks to get quotes from a broad range of insurers, so you can see what the price differences are based on your driving profile.