Driving a Small Car Is Becoming More Dangerous Than Ever 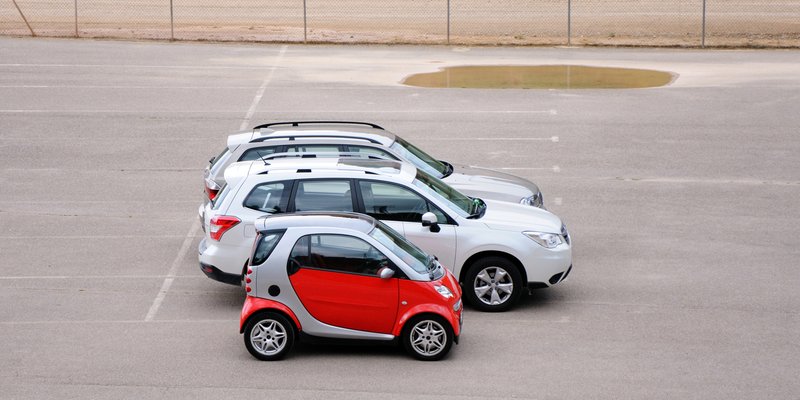 Small cars just make sense. They are affordable and economical, much better on gas, easier to manoeuver and park on busy city streets, and far better for the environment. Plus, car insurance may be cheaper for some smaller vehicles.

Small cars used to score low on the safety scale. But many of the latest models now have much higher safety ratings than in the past: they come out a lot better in crash tests, are equipped with many protective features such as airbags, back monitors, anti-lock brakes, LED headlamps and seatbelts. Most vehicles nowadays also feature a myriad of vehicle safety technologies. They are also far less likely to roll or flip over during an accident than an SUV or another, larger, vehicle is.

So the cars themselves are much safer, but this can be misleading. Because safety tests are only part of the equation – the real-world conditions in which cars are driving have drastically changed.

The Insurance Institute of Highway Safety (IIHS) calculated driver death rates and found small and mini-car models made up 15 of the top 20 spots.

Small vehicles are even more dangerous to drive these days simply because of who else is out there: they are sharing the road with an increasing number of larger vehicles. Light trucks — a category that encompasses sport utility vehicles (SUVs), pickups, and crossover utility vehicles — have made up the majority of new automobile sales in Canada in recent years.

The fact that drivers of smaller cars are more likely to die in a crash with a bigger vehicle probably isn’t surprising. But there is a growing number of larger vehicles on the road is contributing to greater risk, the IIHS says.

New small cars are safer than they've ever been, but new larger, heavier vehicles are still safer than small ones. It's a matter of physics: Large vehicles weigh more and have longer hoods and bigger crush zones, which gives them an advantage in frontal crashes.

In its studies, the IIHS found that a heavier vehicle will typically push a lighter one backward during the impact. As a result, there is less force on the occupants of the heavier vehicle and more on those in the lighter vehicle. The organization's fatality data shows that the lowest 2015 death rate by vehicle type is for very large SUVs: 13 deaths per million registered vehicles. The highest is for mini cars: 64 deaths per million registered vehicles.

All vehicles are safer than they used to be

Laws of physics aside, as a general rule, newer vehicles are safer than older ones. It is safer to drive a newer, smaller car, than a larger older one. For example, ESC (electronic stability control – which detects loss of steering control, and automatically applies the brakes to help "steer" the vehicle) are now mandatory in all vehicles.

Manufacturers have also installed more airbags and strengthened the roofs of SUVs and trucks. Active safety technology has brought automatic emergency braking and forward collision warning systems to many cars, preventing them from getting into accidents in the first place. As a result of some of these changes, every vehicle size category has seen a substantial decrease in deaths over the past 10 years.

Forget the myth about “tanks”

Some people still cling to the idea older cars were built like tanks, making them safer than new cars. But it’s simply not true. A large 10-year-old vehicle that does not have side airbags or ESC would not fare as well in an accident as a small vehicle from today equipped with modern safety equipment and collision avoidance technology, says the IIHS. ESC greatly reduces the chance of a vehicle rollover, which is particularly important for top-heavy trucks and SUV.

That said, not everyone can afford a new vehicle. So if you're shopping for a used car, make sure it has side airbags and ESC. In many cases, these were optional features on smaller and non-luxury vehicles.

Are big, heavy vehicles safer in all the ways we find to crash? No. In fact, the larger, taller ones tip over a lot more often than the lower, lighter ones. Rollover deaths account for 11% of vehicle deaths for car passengers, and SUV deaths were 27% rollovers.

Size matters in crashes between two vehicles. However, that is just one type of crash. Other statistics show 56% of crash deaths were single-vehicle deaths. There are many things drivers of small cars can do to make themselves safer.

Causes of car accidents: most have nothing to do with size

Most of the time, “what” you drive is less important than “how” you drive. Recent studies on car accidents in Ontario confirm that many drivers are distracted, and not leaving enough space between themselves and other vehicles — more than 25% of collisions involve a car being rear-ended, according to 2016 statistics.

Driver error is the most common cause of car accidents in Canada. These errors include:

Other contributing factors include:

Stay out of blind spots

Steering clear of other vehicles’ blind spots is incredibly important for smaller cars because they are far less visible on the road, but there are things you can do to increase your chances of being seen:

A final word on safety – it’s not just about you

So much emphasis has been placed on which type of vehicles will keep you and your family safe. But there is another, very important side to consider. And that is that larger vehicles are actually far more likely to cause fatal collisions.

For every 450 kilograms added to the weight of a car a vehicle becomes 40% more likely to turn an otherwise survivable crash into a fatal collision. Data on three million Canadian crashes found driving an SUV instead of a car makes a driver 224% more likely to cause a fatal crash.

It’s definitely something to ponder. “Safety first” should be the goal any time you get behind the wheel. By adhering to that principle, not only do you increase your chances of finding an affordable auto insurance rate by virtue of having a clean driving record with no collisions, you can avoid a fatal crash.