Burnaby is a suburb of Vancouver, located in a region of British Columbia known as the Lower Mainland.

Though visitors might find Burnaby indistinguishable from nearby Vancouver, traditionally locals have appreciated Burnaby for lower real estate costs.

For homeowners interested in managing their overall living expenses, we recommend home insurance coverage, including a policy secured at the lowest available rate.

While home insurance isn’t required by law anywhere in Canada, it’s a great tool that protects the homeowner financially – and in some cases legally – if their home is damaged, or, someone is injured on their property.

Most policies include liability protection which means that if the homeowner is successfully sued by someone who is hurt while visiting their home, the medical and legal costs will be covered. In addition, the homeowner will be similarly protected if they unintentionally damage someone else’s property.

To make an informed decision about what sort of home insurance to purchase, it helps to understand the basics about coverage. Most home insurance policies include the following four components:

Homeowners must also decide what sort of coverage they want and how much of it they need. This step requires that a decision be made around package type. Most home insurance companies package their products in a similar way. They’re typically referred to in the following terms:

Most home insurance policies name water damage from flooding as well as damage from earthquake as exclusions. To be protected, the homeowner must add coverage to the policy. Some of the most common add-ons are:

We recommend that homeowners in Burnaby seriously consider adding each of these to their policies. Flooding is becoming more and more common in cities across the country, including those in British Columbia. Burnaby has the additional challenge of being located on a fault line and in a mountainous region making it especially vulnerable to earthquakes and landslides.

Some other common add-ons are:

How RATESDOTCA finds the best home insurance in Burnaby

Comparison shopping is one of the most effective ways to bring down insurance costs.

Use the RATESDOTCA online tool and receive free home insurance quotes for Burnaby from dozens of the most-trusted providers in Canada.

It takes less than three minutes to fill out the online form and could result in hundreds of dollars in savings each year.

How to get the cheapest home insurance in Burnaby

Those who would like to reduce their overall insurance costs, including what they’re paying for home coverage, should consider the following tactics to get the cheapest home insurance in Burnaby:

How to get your Burnaby home insurance quotes on RATESDOTCA

What risks do homeowners face in Burnaby?

Homes in Burnaby are uniquely vulnerable to perils that are not included in most home insurance policies. As a result of the city’s location on a fault line as well as the extreme terrain of the overall region, we recommend that homeowners there add the following coverage:

Since many British Columbia residents are also fond of outdoor sports such as biking, hiking, sailing, skiing and snowboarding, they should consider purchasing a home insurance policy that includes contents protection as well as adding riders to the policy to protect valuable sports equipment.

Here's everything you need to know about home insurance in Burnaby.

How much does house insurance cost in Burnaby?

Home insurance costs consider many details making it difficult to suggest a specific price for coverage in Burnaby – or any city in Canada. In general, a homeowner will pay more for more coverage. They must decide for themselves if the security that comes from having coverage is worth the cost of a monthly premium. There are many ways to reduce overall costs, including customizing the policy so that it includes necessary coverage, but nothing more.

The answer to this question is different for every homeowner. The best company is whichever one offers the best coverage at the lowest rate. To secure a great rate, homeowners are empowered to compare available rates. To avoid any penalty associated with breaking a policy, we suggest that homeowners comparison shop for a policy every time their policy is up for renewal.

What is not covered by most Burnaby home insurance policies?

Most home insurance policies exclude coverage for flooding and earthquakes. These happen to be two perils that are relevant to residents in Burnaby, which is located on a fault line in a mountainous region.

How do I save on Burnaby home insurance?

To bring down home insurance costs, homeowners in Burnaby should consider customizing their policies to make sure they’re only paying for coverage they need, agreeing to a credit check, increasing their deductible or even paying for the annual cost of the policy up front. Other ways to bring down home insurance costs include installing safety and burglar alarms, keeping the home in good repair to prevent damage and/or injury as well as quitting smoking. When an insurance provider sees that a homeowner has taken reasonable steps to manage risks, they may respond by offering a discount.

How much insurance coverage do I need for my home in Burnaby?

The amount of coverage required for home insurance in Burnaby, BC is entirely up to the homeowner. While they’ll end up paying more for more coverage, they could end up saving a considerable amount if the home and its contents are seriously damaged by a covered peril.

We recommend that homeowners in Burnaby add overland water, sewer back-up and earthquake coverage to their polices to ensure that they’re protected against perils that are common in that region. Earthquake endorsements typically include coverage for landslides.

A loss settlement refers to how a homeowner is compensated after they’ve filed a claim. If they’ve decided to be compensated for actual cash value, they’ll receive back the value of an item at the time it was damaged. However, if they’ve opted to be compensated for the replacement cost, they get back the current value of the item or its modern equivalent. For example, a policy that specifies actual cash value will offer compensation for the value of the television at the time it was damaged. A policy that specifies replacement cost will offer compensation for the value of damaged television that’s a similar make and model as the original.

Is fire covered under my Burnaby home insurance policy?

Yes, most home insurance policies include protection against fire, including wildfire. Regardless of what type of policy – whether basic, broad or comprehensive – fire is a peril named in each. 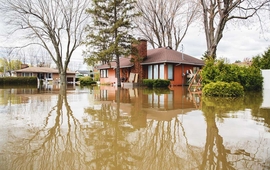 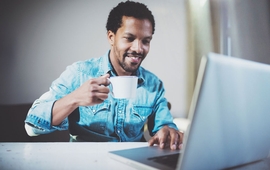 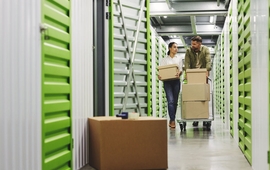