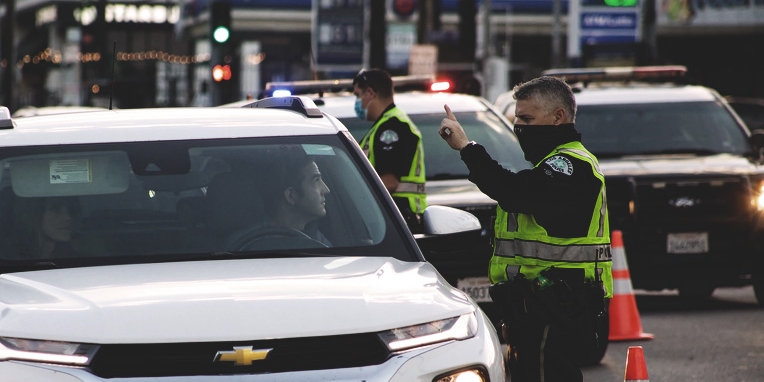 When Canada legalized cannabis in 2018 there were many legal wranglings to be solved. Questions of regulation, how products would be sold, how they would be marketed, and how they would be taxed were all on the table. One less discussed element of legalization was how it would affect drivers. Would legalized cannabis lead to increased cases of impaired driving and, importantly for insurance companies, could Canada institute something akin to a breathalyzer test for THC?

The answer? Not yet. However, that doesn’t mean driving high won’t affect your driving record if you are charged with impaired driving due to drug use. Ahmed Mir, founder of Nature and Bloom, a cannabis resource website, says that while the general public may have a certain perception of who typically uses cannabis, the reality is much more nuanced.

“The truth is that literally anyone and everyone uses it,” says Mir. “We get emails from parents who are trying to figure stuff out for their children, and older people who say, ‘I want a different kind of pain relief from opiates,’ and you've [also] got the people in between who are just recreationally enjoying it.”

That said, there is no scenario in which using cannabis prior to operating a motor vehicle makes you a safer driver. And yet, according to a recent CAA study, more than 150,000 Canadians have driven high on edibles in the last three months. Current Canadian laws state you can have no more than two nanograms of THC per millilitre of blood. In most Canadian provinces, however, that amount is zero if you are anything other than an experienced driver, including in Ontario. Anything higher counts as impaired driving.

How an impaired driving ticket affects your car insurance rate

Impaired driving is one of the leading causes of preventable deaths in Canada.

Being charged with impaired driving for operating a motor vehicle while high has the same consequences at the federal level as driving drunk. Consequences can include fines, licence suspension, vehicle impoundments, an interlock system being installed, a criminal conviction, and additional driver training, depending on your level of impairment, age, and licence class.

Your car insurance premium will also suffer. According to the RATESDOTCA auto insurance quoter, a hypothetical 35-year-old male driver in downtown Toronto with a clean driving record sees his lowest quoted premium go from $213.75/month to $714.33/month — a 234% increase.

An impaired driving conviction will stay on your record for three years but may affect your premium for up to six years.

How is cannabis use measured by police?

One of the challenges with understanding how THC, the psychoactive ingredient in cannabis, interacts with your body is that the length of time it remains in your system is heavily dependent on how you ingested it (e.g., smoking it versus eating it).

While it becomes undetectable in your blood or saliva after a few days in most cases, it can stay in your hair follicles for multiple months. Current tests for THC levels include field sobriety tests, as well as tools that check your saliva and breath. Police will primarily focus on roadside drug screening that zero in on your blood pressure, pulse, and pupil size, according to the RCMP.

Where is cannabis testing headed?

There may soon be an alternative that reduces the risk of a wrongful conviction. Ken Fichtler, CEO of Gaize, a cannabis impairment detection technology company, recently completed a cannabis impairment study in Toronto. Fichtler says the current systems in place to check for those driving high are imperfect and can lead to serious consequences for those who use cannabis on a regular basis but are not actively high while behind the wheel.

“It’s very different from how alcohol works in the body, where you can have a reasonably high confidence that someone is going to be impaired at .08 blood alcohol content,” says Fichtler. “And so that really has created this extremely challenging legal situation in which people can be heavy users of cannabis and always have more THC in their body than would be [considered] legal.”

Gaize is also marketing rapid tests, which use a headset to transmit video footage that is then tested for eye movement markers of impairment, to companies that employ workers who would be a danger to others if they were to be high on the job (like heavy equipment operators).

However, as it stands, the best way to avoid an impaired driving charge is to comply with the zero-tolerance rule. Public transit and ride-share services cost very little compared to the financial penalties of a criminal driving conviction, which include not just the fine from police, but the insurance surcharge as well. So, don’t take the chance.

John Loeppky is a disabled freelance writer and editor who currently lives on Treaty 6 territory in Saskatoon, Saskatchewan. His work has been published by the likes of CBC, FiveThirtyEight, Teen Vogue, Insider, and a host of others. His goal in life is to have an entertaining obituary to read.