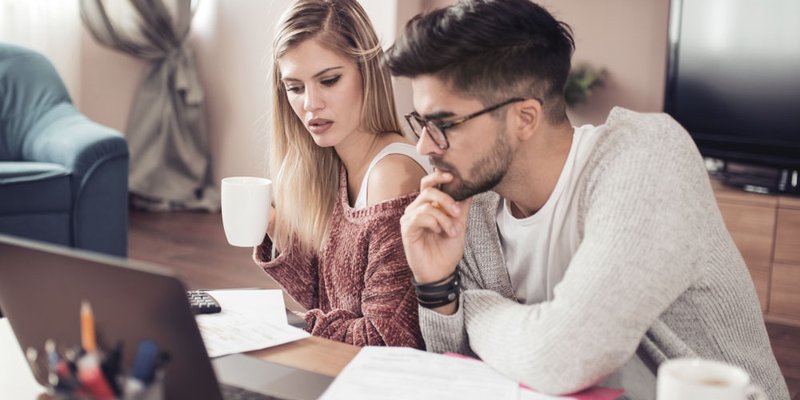 Fixed mortgage rates aren’t just the secure option for home buyers - they’re a better deal too, according to a study released by BMO titled “Mortgage Choices: the Fix(ed) is In”. The report states that due to improving Canadian and U.S. economies, locking into your mortgage rate now will provide better value over the long run, compared to a variable rate.

This flies in the face of the long-held belief that variable rates, while riskier, historically prove to be cheaper 90.1 per cent of the time. The chart below shows the spread between the lowest fixed and lowest variable options over 2013 - note the widening gap at the end of the year, when fixed rates sky rocketed. This trend has reversed somewhat since January, making fixed a bargain once again. 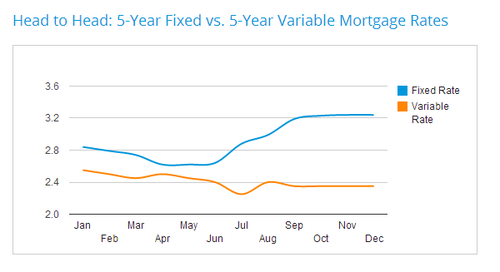 BMO Chief Economist Douglas Porter and Senior Economist Benjamin Reitzes say better economic conditions could mean the Bank of Canada will hike the Prime Rate as early as next year. 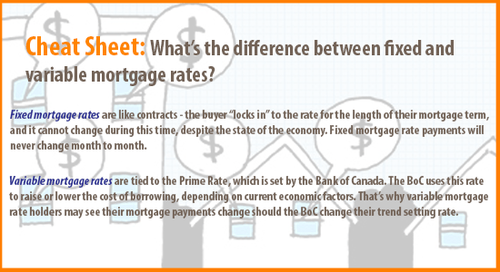 Variable rates haven’t changed since September 2010 as inflation has lagged below benchmark goals, and the U.S. - our biggest trade partner - struggled in a post-recession era. Those who’ve had variable rates have enjoyed three years of historically low monthly payments - but that could change as economists are more optimistic.

States the BMO report, “(There) are emerging signs that the tide is finally turning for rates, especially with the U.S. economy poised to accelerate. The bond market has sent out loud warning signals over the past year that the era of low interest rates may finally be drawing to a close.”

So… Should You Lock In?

We’ve heard the rate rise warnings before: “True, it may have seemed that markets and economists have played the role of The Little Boy Who Cried Wolf on higher interest rates in recent years,” the report admits.

But it can’t be denied that current fixed rates, while not as low as we saw last summer, are a great deal, and will result in lower payments and big money saved over the course of your amortization. If you’re thinking of locking in, be sure to consider the following:

Bond Yields Are Low… But They Won’t Be Forever

Fixed rates are currently low due to dropping bond yields (today’s 5-year and 10-year yields are 1.59 and 2.38, respectively). As a result. many discount lenders have lowered their five-year fixed offers to 2.99 per cent, as seen on our Best Mortgage Rates Table.

This is in part due to uneasy investors seeking stability amid a rocky global economy - crisis in Ukraine and softening market factors in China have made Canadian bonds a hot commodity, leading to the low fixed rate environment. However, as seen historically, these low rates won’t last forever - and variable rates won’t provide a cheap alternative once Prime is hiked.

The biggest influence on Canada’s cost of borrowing actually lies south of the border - Canadian monetary policy takes its cues from the U.S. economy, where rates have also been locked down for the long term. However, economic conditions are improving for our American neighbours, leading economists to believe that tapering measures will continue to roll out, and trade is in for an uptick - all factors that will sway the BoC to raise our own interest rates in the future.

Are you a variable mortgage rate holder? Will you switch to a fixed rate due to this prediction? Comment and let us know!