It’s a story we seem to report on several times a year: an unsuspecting homeowner decides to break their current mortgage in favour of one from another lender at a lower rate, only to be whacked with a monster prepayment penalty.

Most recently, CTV reported on a Mississauga, Ontario homeowner who was quoted $15,000 to break her mortgage since the family wanted to upgrade their home and take advantage of today’s rock-bottom mortgage rates.

But when it came time to do the paperwork, that penalty had ballooned to $22,000.

This kind of thing happens all the time, especially in falling rate markets.

The Double-Edged Sword of Tumbling Rates

Most borrowers cheer for lower mortgage rates, especially new homebuyers and those whose mortgages are nearing renewal.

But for certain existing homeowners stuck in a fixed mortgage, falling posted rates can actually increase the penalty they’ll face when breaking their mortgage.

This is especially true if their lender advertises inflated posted rates and uses those artificial rates to calculate prepayment penalties. Hint: This includes all of Canada’s largest banks.

This is because a fixed-rate mortgage holder wanting to break their mortgage would likely face an interest rate differential (IRD) penalty as rates declined. IRDs are supposed to be based on the difference between your contract rate and the rate your lender could charge borrowers today if it re-lent the funds for a term equal to the time remaining on your mortgage (a.k.a., the “comparison rate”).

But that’s not how it works at many large lenders. Instead, they use calculation methods that artificially widen that gap (i.e., increase the interest rate differential). The net effect can be a massive boost in prepayment fees.

Moreover, as fixed rates fall, the comparison rate falls, IRDs widen and your penalties go up. And that can happen quickly, as was the case for that Mississauga homeowner.

Another thing that drastically changes penalties is when the comparison term changes suddenly — e.g., if the time remaining on your mortgage becomes closer to two years than it is to three years. In that case, the lender will calculate your penalty based on what they could re-lend your funds at based on a 2-year fixed term instead of a 3-year. That, too, could widen the IRD and cost you (much) more.

How to Avoid Punitive Mortgage Penalties

One way to ensure you won’t have to pay a costly prepayment penalty is to stick with a variable-rate mortgage.

Reason being, the penalty for breaking most floating rate mortgages is just three months’ interest. 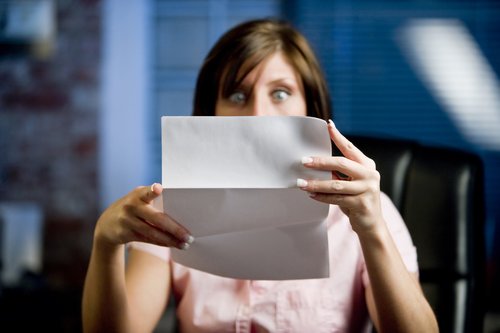 But that’s not a solution for everyone, particularly with many of today’s most competitive mortgage rates being for fixed terms. If you are going to go fixed and want to avoid prepayment risk, the only solution is to stick with a fair-penalty lender. Those are lenders who charge reasonable (i.e., “fair”) penalties to prepay the mortgage. In many cases, that works out to just three months’ interest instead of the dreaded IRD.

As a rule of thumb, even if it costs you a slightly higher rate (e.g., 0.1%-points) to go with a fair-penalty lender, the extra cost is very often worth it if there’s a better than 1-in-3 chance you’ll break your mortgage early.

People break their mortgage early for all kinds of reasons, including increasing the loan amount for renovations, resetting the rate lower, taking out equity for other purposes, selling and renting and so on. Paying 1/10th of a percentage point more now is a heck of a lot better than paying a $10,000+ exit fee later.