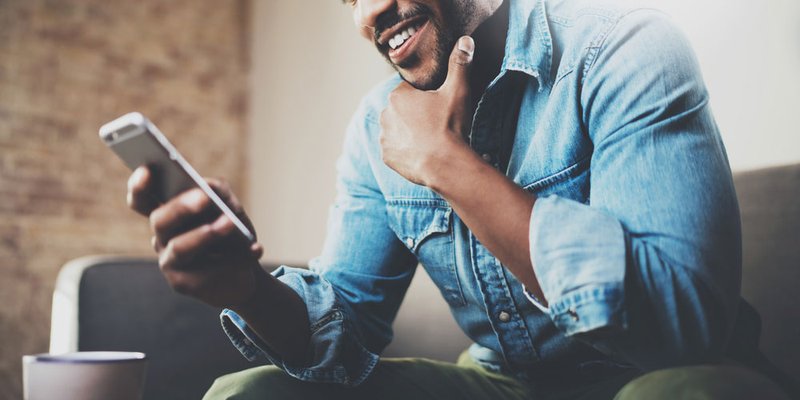 Would-be thieves will need to pull some Mission Impossible-style stunts to get to your banking info with the newest biometric security tech released by Tangerine -- its newest mobile banking app is the first of its kind in Canada to offer Voice Banking and Touch ID authentication.

“Security is top of mind for us when it comes to all of our banking channels,” says Tangerine Chief Information Officer Charaka Kithulegoda. “Biometrics, like voice and fingerprints, are some of the best passcodes available – you have them all the time and no two are exactly alike.”

The new app is available to those with an iPhone 5S and above, who can access their built-in touch ID as an extra security feature. An additional Voice Authentication feature will be officially unveiled later this year.

How will voice banking work?

Like the Touch ID, Voice Banking will be an optional feature to help buffer the apps security in an age of hackers and cyber threats.

Optimized for customers running iOS 6 and above on their mobile devices, it will allow users to do everything from inquiring about account balances to more complex asks like what was spent where and when through the use of a conversational interface. The tech is the result of a partnership with U.S.-based software company Nuance Communications.

Voice authentication to come this year

The online bank also plans to bring a Voice Authentication feature to market before 2014 is through - an option that is quite technically sophisticated, according to Kithulegoda.

This technology, also from Nuance, will require users to repeat a specific phrase to access their account information in addition to providing a password. The tech guru says the app will “(look) at a number of physical and behavioural characteristics when analyzing the voice print – things like accents and rhythm of speech.”

“Clients will be able to log in to their accounts by repeating a specific phrase, and the app will analyze the user’s voice print against a set of samples the user provided when registering for voice authentication,” says Kithulegoda, adding that the details around the specific phrase are still undecided. “The passphrase needs to be simple enough for Clients to repeat with ease, but long enough to capture enough of a user’s voiceprint to authenticate their identity.”

Does this mean plugging a password into your mobile device will be a requirement of the past? Not yet, according to Kithulegoda, who was given the nod last year by American Banker magazine for his innovative work in the mobile banking sphere. They will remain as yet another layer of online banking security.

“Usernames and passwords are still a required part of the login process,” he says. “It’s an easy and convenient way to introduce an additional layer of security without overcomplicating things for our clients.”

Will this cut down on mobile banking fraud?

While there are no statistics surrounding the number of smartphones stolen across Canada, carriers responded to “epidemic levels” of robberies last year by creating a blacklist which users can add their stolen phones to, to have cellphone providers put a stop on services. Tangerine hopes these new security measures will deter thieves altogether.

"We have a long history of delivering simple and innovative solutions for our clients and we're proud to be the first Canadian bank to introduce biometric technology," says Peter Aceto, president and CEO of Tangerine. "We recognize that Canadians want more control over their banking experience, and our goal is to provide them with the ability to bank where they want, how they want and when they want."