Should I Buy A House For My College Student? 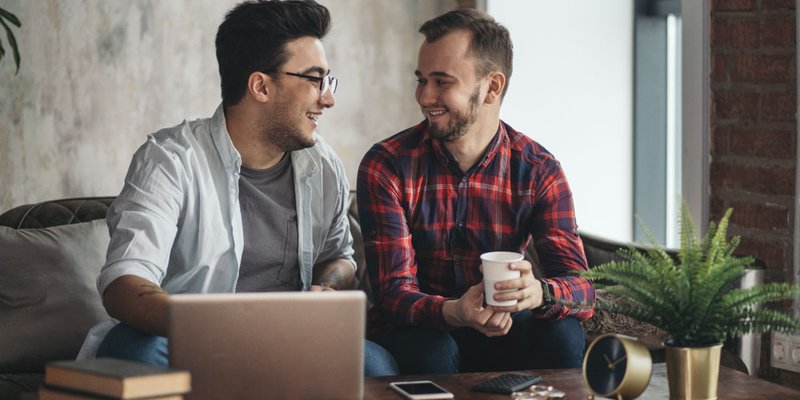 You know it’s fall time when you need to wear a jacket when you go for a walk, the leaves start changing colours, and back-to-school articles talking about the costs associated with attending college or university in Canada are everywhere.  This year, I noticed that the media paid particular attention to how much it is costing Canadian families if their children decide to go to a school other than those located in their hometown.  These articles generally revolved around calculating the living costs for students if they tried to rent off-campus housing, or looked at the increasing costs associated with living in residence on most major campuses.  There is another option though, and while it comes with its share of risks, it might be the best case scenario from a financial point of view. If you find yourself asking, "should I buy a house for my college student?", consider the following pros and cons.

Should Student Housing Be A Home Purchase?

On the surface, buying a house for your 18-year-old and their friends to live in might sound insane.  If you’ve ever walked through a university residence at two a.m. on a late-night Thursday night/early Friday morning it’s understandable that you may have reservations about letting a similar force of nature into a building you own.  If handled properly, however, it can be a great investment and an opportunity to teach your young ones a little about real estate investing and home maintenance.

Build Your Equity Instead of Someone Else’s

The main idea behind this investment is that instead of paying a landlord through the teeth for a place close to campus or forking over $6,000-$12,000 every year for a spot in a campus residence, you’re building your own equity.

For a four-year degree most students today will likely be looking at around $25,000-$30,000 in rental payments or residence fees (maybe slightly lower depending on your preferred urban centre).  That’s a lot of capital that could be put to work for you instead of for someone else.  The case for buying a property somewhere gets even stronger for families that have multiple students to consider (admittedly this only works if everyone goes to the same area).

One good friend of mine had three siblings that attended school in the same city (even though they all attended different institutions) and consequently, their parents were looking at around $100,000 worth of equity instead of the smaller numbers most parents are crunching.

Becoming a Landlord at 18

In the instances where I’ve seen this strategy work best, the student (or “property manager” as they were known to the taxman) was able to carefully pick a few of their most trusted friends to live with them.  The deal usually worked out to something along the lines of charging rent that was a pretty good deal (say 10-15% below market rates) in exchange for guarantees that the place wouldn’t be burned to the ground and/or eternally smell like stale beer.  If parents were able to find a four-bedroom house located fairly close to a major campus (not an easy feat if you live in places like Toronto or Vancouver, but somewhat more manageable in Winnipeg, Regina, or Halifax) you could not only save your own housing dollars from leaving the family economic zone but also cover the majority of the mortgage payments with other peoples’ money.

A Crash Course On Home Ownership

It almost goes without saying that not every young person is cut out for this. Hopefully, you know your children well enough to determine if this is a good idea for you or not.  On the other hand, I found that students who lived in a parent-owned house tended to learn a lot from the crash course they were forced to take.  What I mean is that when something got broken in the house, instead of being a pain in the butt to some anonymous landlord, they had a lot of incentive to learn how to fix it themselves since the alternative was blowback from their parents.  Many of my male friends learned how to re-do drywall, set up a wall mount, the basics of painting, how to lay new flooring, and even more advanced projects like remodelling a bathroom and fixing a leaky roof.  It’s tough to put a value on these experiences, but there is little doubt they were more prepared for the transition into being a “real adult” than us residence kids were.

It’s All About Location, Right?

From a purely financial standpoint, the idea seems a lot less risky (ignoring the whole depending on 18-year olds to be responsible thing tends to do that).  Most real estate professionals will tell you that being located close to a major college or university campus is a virtual guarantee of stability in terms of value.  With post-secondary education getting more and more imperative the long-term demand for housing close to campus shouldn’t diminish too badly except for in very unique circumstances.

Investing In An After-Grad Future

Upon completion of schooling parents and their experienced property manager children can decide to sell the property if the market has been kind or the former student can buy the parents out and continue their landlording ways.  Some parents might find themselves suddenly intrigued by the idea of letting their little snookums keep the house for themselves in return for taking over the payments if the alternative is becoming roommates again as their Philosophy Ph.D. “boomerangs” back home.

While I certainly wasn’t ready to manage a property when I stepped out of high school, I probably could have handled it by the time I was 19 or 20.  I know plenty of 30-year olds who still don’t have the skills or maturity to own their home, and I’ve even come across a few old souls who could have easily taken care of everything at the tender age of 17.  All this to say I don’t think broad generalizations about age or life experience can be made.  If your child values their independence, has some friends that aren’t complete idiots, and isn’t allergic to using a wrench or a screwdriver, then setting them up in their own house might be a great risk to take.