Is Rustproofing Worth the Added Cost? 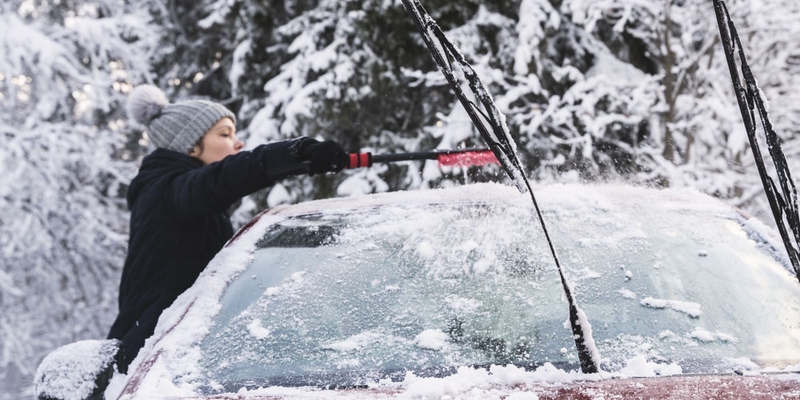 Few aspects of your car purchase are as polarizing as rustproofing. Dealers will tell you it’s the only thing standing between you and the heap of rust that your car will disintegrate into immediately following the next rainstorm. While other experts, such as Consumer Reports, insist rustproofing is a relic that no longer has value in this age of advanced materials engineering. After all, many automakers are confident enough to provide rust warranties on new cars for as long as twelve years.

In actuality, however, the optimal zone lies somewhere between those two extremes and depends on more considerations than just water. Rust is the inevitable interaction between iron, water, and oxygen. Still, modern automotive materials and manufacturing processes mean that a bit of rainwater alone is not going to oxidize your new car.

According to Statistics Canada, Canadian roads endure about five million tonnes of salt annually to melt ice and snow during the long winters. These corrosive de-icing chemicals also happen to be terrific at eating into the rust-resistant alloys in modern cars. Vehicles in coastal cities experience similar effects from the high ocean salt content in the air.

Regular car washes can inhibit the salt, but rustproofing usually places a physical barrier between your car and these highly corrosive elements. Several different mainstream rustproofing methods are available, each with its advantages. We’ve put together a guide to your rustproofing options so that you can understand the dealership jargon and make an informed choice.

Tar spray is the classic undercoating method by which the bottom of your car is sprayed with a thick, tar-like substance that hardens to provide a semi-permanent barrier underneath the vehicle. This time-honoured method of rustproofing is highly effective against the usual spray of slush and salt that Canadian vehicles encounter each winter, but it’s not without its limitations. The rigid coat can crack over time, allowing moisture to accumulate against the bare metal. It’s also difficult to saturate tight spaces, meaning crevices and hard-to-reach components can be left unprotected.

Like tar spray, dripless oil spray involves coating rust-prone parts of the vehicle with a hardening, wax-like barrier. The application method is more invasive, as the technician will drill holes in various panels around the car to increase spray coverage. More of the vehicle gets coated than tar spray but is similarly susceptible to cracking that can trap moisture and eventually corrosion. Regular checkups are recommended for tar or dripless spray as cracks can be caught and fixed early.

With even greater coverage than a dripless spray, drip oil spray involves using a fine mist of lightweight oil. Compressed air sprays the oil onto the car, also using drilled holes in strategic places to reach as much of the chassis as possible. The oil forms a chemical bond with the metal, displacing any moisture and creating an effective but relatively impermanent shield. Drip oil sprays are reapplied annually, as they can wear away throughout regular use.

This controversial method involves no physical barrier and no sprays. This sounds promising; however, its effectiveness has yet to be proven through industry research. The concept is simple: an electronic module installed on the vehicle’s chassis delivers a constant, low-grade electric current through the metal to inhibit corrosion. The model is derived from a method used on the submerged portion of metal bridges, although some experts challenge its potential outside of marine applications.

The dealer is your most convenient option, but not your only option. Third-party companies specialize in various types of rustproofing and may offer better value. For spray-type applications on sedans, pricing can start in the low hundreds. Electronic rustproofing modules retail in the $150 range, though dealers may charge much more for them. It’s always worth calling around to establish a reasonable price before agreeing to anything at the dealership.

Is rustproofing worth it?

No matter which option or provider appeals to you most, the question remains: are any of them worth it? Well, if you’re about to move to the southern United States because you can’t face the prospect of changing your winter tires even one more time, then you probably don’t need to rustproof your new car.

Drivers on leases, or those who plan to sell their cars after only a few years, are unlikely to encounter rust so long as they wash their cars regularly. In such cases, the expense of rustproofing is unlikely to create any value until after the vehicle leaves your hands.

However, rustproofing will provide real value for long-term ownership, whether you live in cold cities like Calgary and Saskatoon, on the country’s East or West coasts, or in high population centres like Montreal or the Greater Toronto Area. Consumer watchdog, Automobile Protection Association suggests that drivers can expect rust after five or six years of ownership.

With traditional financing terms stretching out as long as eight years, buyers may see their cars corroding away long before payments end. As with other forms of preventative maintenance, annual rustproofing can pay for itself over the life of a vehicle as long as you’re informed going into the purchase. It may not be a bad idea to purchase additional rust protection with savings from your next new car purchase.

Protect against more than just rust

Contrary to what you may think, your new vehicle’s comprehensive warranty coverage does not cover your car in the case of rust-related damage. Comprehensive coverage normally only applies to losses resulting from incidents other than collisions. But do you need additional protection for rust when you’re confident in your car-maintenance abilities?

Rustproofing is a great way to give yourself peace of mind, even as you venture out into the most dubious of weather. However, having the right car insurance is even more critical when road conditions turn icy. Get the coverage you need at the best possible price by comparing quotes through RATESDOTCA. 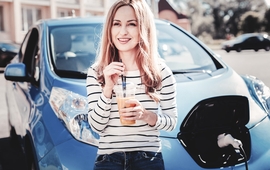 Seize the chance to save on auto insurance when opportunity knocks.
Learn More
4 mins read