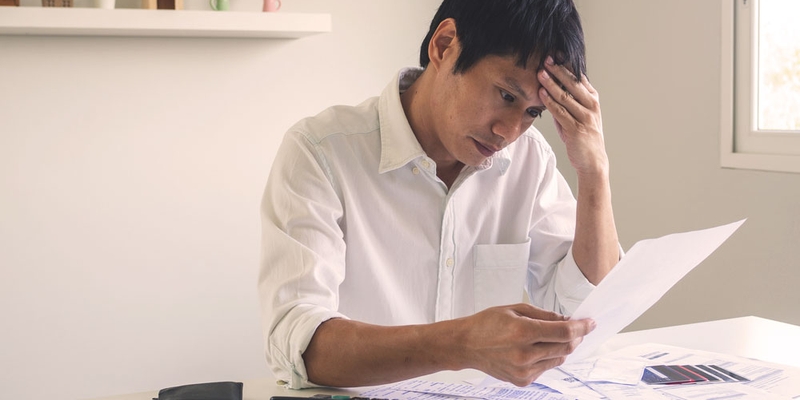 If you believe bond market rate predictions, mortgage shoppers who snapped up record-low rates in 2020 will likely face higher rates at renewal.

Just how much higher depends on more factors than we can list, including term length, the speed and breadth of Canada’s economic recovery, and how quickly (and aggressively) our central bank hikes interest rates.

For its part, the Bank of Canada has signalled it doesn’t expect to start lifting rates until the second half of 2022. Mind you, it had initially told borrowers not to count on rate hikes until 2023.

“While we are not overly concerned of a payment shock for renewals, the increase in mortgage rates will certainly impact purchasing power for many,” economists from National Bank of Canada wrote recently.

At the moment, however, most people renewing mortgages today are still finding interest rates lower than their current contract rates.

“Despite a recent run-up in interest rates [in March/April], it is important to keep in mind that mortgage loans maturing in 2021 have a contractual rate of 2.71% [on average], that is 60 basis points above the current market rate of 2.10% available for a 5-year mortgage,” NBC’s Matthieu Arseneau wrote in a March research note. “…the contractual rates of loans maturing in 2022 and 2023 are even higher, averaging 2.86% and 3.29%, respectively.” 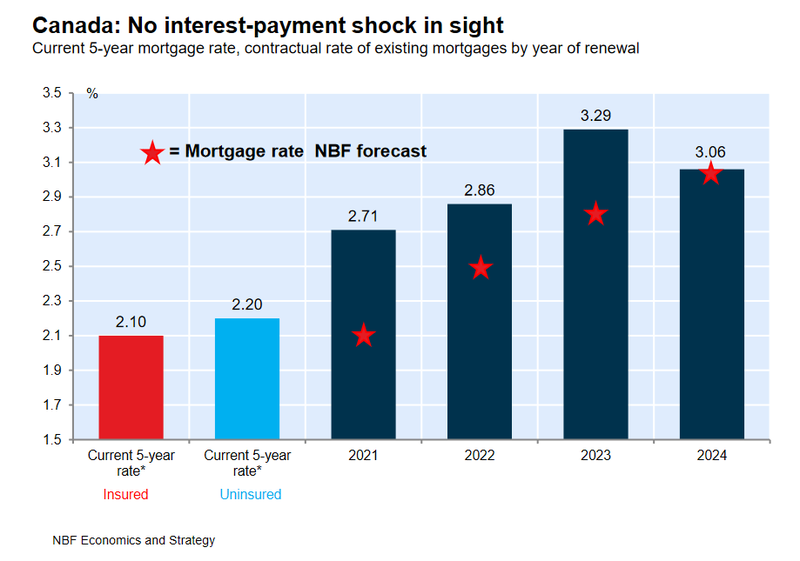 But Arseneau also points to mitigating factors that could offset the pain. One is that real disposable income posted its biggest gain on record in 2020 (+9%). Another is Canada's record-high savings rate, which NBC estimates at about 8% of GDP. On top of that, households have seen the “strongest positive wealth effect since 2009” thanks largely to soaring home prices.

And lest we forget, everyone getting rates near 2% are being stress tested by their lenders. Almost all these borrowers are required to prove they can afford payments at 4.79%, based on today’s minimum qualifying rate.

So yes, barring further economic calamity, higher borrowing costs are in Canada’s future over the next five years—but, likely not extreme borrowing costs. And the sting would be much sharper if Ottawa hadn't taken measures to prepare borrowers for this eventuality.