Locked Out of the Market: How the Mortgage Stress Test Could Be Hurting Homebuyers 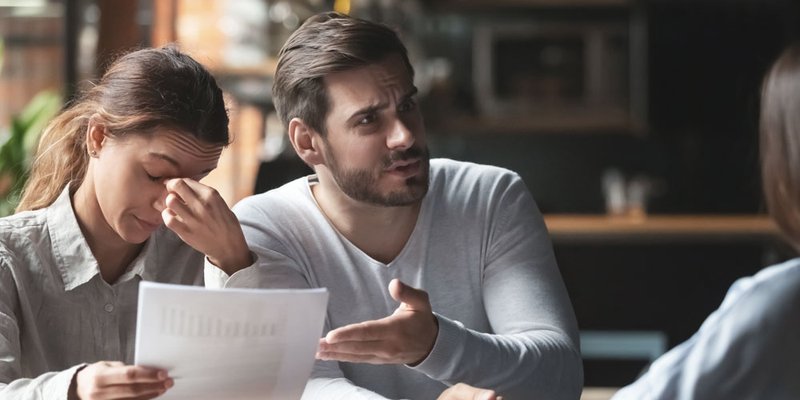 It was created with the intention of saving Canadians from becoming over-burdened with their mortgages, but some critics of the Canadian government's mortgage stress test say it is slamming the door on first-time homebuyers who would otherwise be able to break into the market. In a recent opinion article in the Financial Post, Christopher Alexander, who is executive vice-president and regional director of RE/MAX INTEGRA for Ontario-Atlantic Canada, writes the stress test "is causing more harm than good."

The stress test requires homebuyers that make a down payment of less than 20 percent to qualify for an interest rate that is at or higher than the Bank of Canada's five-year benchmark rate (5.34 percent at the time of writing). In 2018, it was expanded to homebuyers who put down 20 percent or more; they now need to qualify for a mortgage rate two percent higher than the one offered by their lender (or the Bank of Canada's rate five-year benchmark rate, whichever one is higher).

All of this has been implemented by the Office of the Superintendent of Financial Institutions (OSFI) to prevent loose lending and stop Canadians from getting in over their heads when buying a home. But Alexander argues this is having negative consequences, and it's both hurting the real estate market and diminishing many Canadians' ability to own a home and build wealth.

The stress test was designed to avoid a housing bubble, amid massive increases in housing prices, especially in Toronto and Vancouver. To tackle the issue, the B.C. and Ontario governments introduced foreign buyers taxes. It had the desired effect, Alexander writes, but then the Bank of Canada began raising interest rates amid solid economic growth. Foreseeing the potential for big problems, given Canadians were already at record-level debt levels, the OSFI introduced the test in 2017 to stop homebuyers from getting themselves in even hotter water.

"This regulation served its purpose. New homebuyers had to prove they had legitimate means to afford a down payment and mortgage in a rising interest-rate environment, which every pundit anticipated in 2019," said Alexander. However, the Bank of Canada paused rate increases as the economy softened.

"The context in which the stress test was introduced is no longer relevant. Interest rates aren’t anticipated to rise as originally anticipated, and homebuyers desperate to enter the market are seeking out unsecured lenders."

The stress test has created a degree of havoc in the housing market, argues Alexander. Inventory levels have tightened in some segments of the market and expanded in others, and 10 percent of Canadians have essentially lost their ability to get a mortgage with a bank. It's harder to afford a bigger home, or get a home in the first place, and this has pushed many into the increasingly squeezed rental market.

Proponents of the mortgage test, however, see things differently. Carolyn Rogers, the assistant superintendent of the OSFI, recently told the Economic Club of Canada that the test ensures borrowers do not "stretch their borrowing capacity to its maximum." The Bank of Canada says that is working, reports the Financial Post; the number of highly indebted borrowers has fallen, and while the quantity of credit being offered to homebuyers has declined, quality of that credit has improved.

Despite this, Alexander feels the government is simply getting it wrong. "The bottom line is that the Canadian government needs to find ways to support, even incentivize, homebuyers in Canada (especially first-timers who are facing challenges entering the market) rather than penalize them," he writes.

"Being in the industry myself, perhaps my stance sounds self-serving. But the fact is that real estate continues to be one of the safest and most reliable financial investments for Canadians and first-time buyers deserve an opportunity to enter the market. It’s our duty as professionals to educate potential buyers on the mortgage-qualification rules and work with them to help consumers determine the best options for them. We must address the uncertainty head on, rather than encouraging a 'wait and see' approach."

Want to know what kind of mortgage you can afford under the mortgage stress test?