Nearly Half of Canadians Live Paycheque to Paycheque 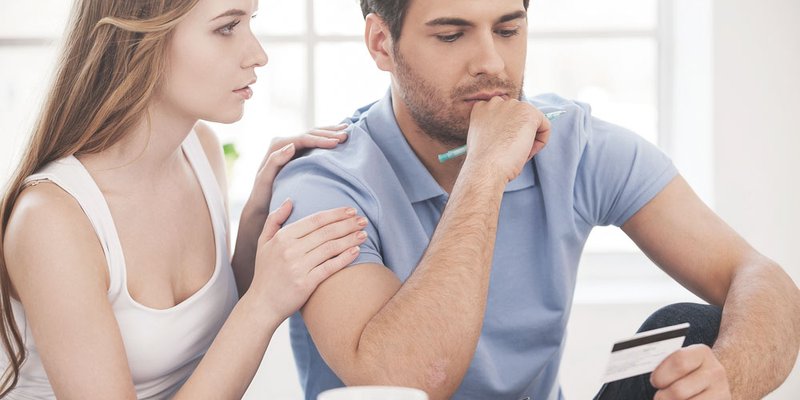 Some alarming numbers were just released by The Canadian Payroll Association: 48% of Canadians are living paycheque to paycheque, and 76% say they are well behind saving for their retirement. Those closer to retirement aren’t doing much better; 48% of those surveyed aged 50 and older report that they’re nowhere near their retirement saving goals.

The CPA has conducted this survey for seven years now and Canadians are trending in the wrong direction. Seven years ago we were in a world recession - you would think since then Canadians would have become a little more conservative with their money. Apparently not since just 24% of those surveyed say they could come up with $2,000 to cover an emergency.

Lower interest rates helped Canada’s economy recover much quicker than other countries and that encouraged Canadians to spend; and spend we did. With Canada now officially in a recession, Canadians might be in for a shock; especially the 47% who say they’re putting away just 5% or less of their pay.

Debt is clearly a big issue for Canadians these days considering our debt-to-income ratios are at record levels. According to TransUnion, the average non-mortgage debt for Canadians is $21,028 as of the second quarter of 2015. But with interest rates being low, we’re practically losing money by keeping it in the bank right?

I don’t think I’ve ever heard anyone complain about having too much money in the bank. I’m also pretty sure the 19% surveyed that say they have credit debt, and the 16% who have debt on a line of credit would much prefer to be in the black than the red.

This should be obvious, but saving is a lot easier when you’re debt free.

Is Housing to Blame?

No one is forcing anyone to buy a home, but it’s fair to say that Canadians have quite the appetite for real estate and the low interest rates have certainly made us full . . . of debt that is.

Interestingly enough Canadians surveyed in Ontario, British Columbia, and Atlantic Canada have the highest percentage of employees living paycheque to paycheque. You know the same provinces where real estate is incredibly expensive—in Toronto and Vancouver, a detached home sells for over a million dollars.

It’s a good thing the Bank of Canada decided to hold rates where they’re at, otherwise those homeowners who are living to paycheque to paycheque might be in for a shock.

When buying a home, Canadians really need to understand what they’re getting into. Mortgage lenders are not concerned about how you’ll be able to afford to have kids, or if you’re saving enough for retirement—they’re only interested in if you’re able to make your payments. Don’t make the mistake of borrowing too much, one unexpected life event and you might fall into a financial pitfall.

One “positive” of the survey is that Canadians now realize that economy isn’t doing so well. Twenty-seven percent feel the economy will become worse (up from 17%), while 33% of respondents expect the economy to improve over the next year (down from 41%).  Regardless of how the economy is doing, having an emergency fund in place is a must.

As the name implies, an emergency fund is for emergencies. Think a job loss, health issue, or an expected expensive bill. With almost half of those surveyed living paycheque to paycheque, even a small financial emergency could put them into a debt spiral.

The usual recommendation is to put aside between three to six months of expenses in your emergency fund so you have a healthy cushion to work with. There’s no doubt that putting that much money aside can be difficult, but you’d be surprised to learn that building a 6-month emergency fund is easier than you think.

Don’t Forget About Your Retirement

With the lack of funds available, retirement planning has become a real issue for many: 35% of those surveyed say they expect work longer than they originally planned. The average retirement target date is now 63 (up from 58 just five years ago).

This is a bit disturbing since it implies that a third of the Canadians surveyed haven’t really improved their financial situation in the last five years.

With the economy being a major concern, it’s time for Canadians to get serious about their money. Managing your day to expenses while putting money aside for your retirement or emergency fund doesn’t even need to be complicated; simply set up automatic payments so saving becomes a priority.