Get Active With The Cheapest Rec Sports 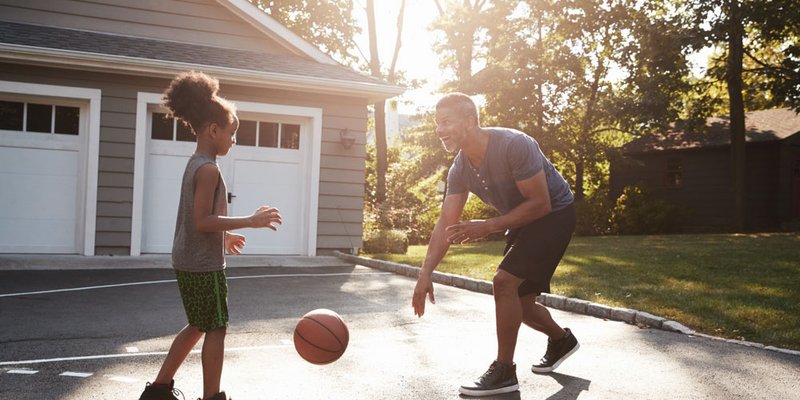 Can you believe it? July is already on the outs and summer – the most savoured of all Canadian seasons – is over halfway through. For those of you with kids, though, that means there’s still a month to go before school kicks in – and your offspring is probably experiencing full-on summer doldrums. Desperate for a new activity - or perhaps inspired by recent Olympic showings? Chances are, your city or town has a bunch of recreational-level sport organizations that you can join for cheap.

Here, we’ve gathered up some of the cheapest sports around  (in terms of gear and sign up costs), to help you stay active for these last few precious days of summer.

Badminton On A Budget

It doesn’t get more basic than a net, a buddy and a racket. This is a great all-over body workout (your shoulders and pecs will especially thank you), and is relatively inexpensive to break into. For those starting out, gear really just consists of a racket (high end products can be around $200, but you can score them for as cheap as $10), and shuttles ($15 for a tube of 4).  Finding the space to play can be as simple as calling up your local community centre – many have courts and offer drop in nights that are either free or for the cost of being a member.

Ultimate Frisbee Is An Ultimate Deal

Whether you go the ultimate or traditional route, you can’t beat the roughly $7 start-up cost to get going with this classic game. To connect with an Ultimate team or organization, check out what your city or town has to offer. In Toronto, for example, players can seek out the Toronto Ultimate Club.  Membership ranges from $35 for juniors to $70 annually for adult, however non members can also often participate in tournaments for about $25.

Kick Up Some Savings With Soccer

While this can be a pricey sport when played at the competitive level, rec-level soccer is considered one of the cheapest organized team sports in terms of start up. Depending on the organization, house league fees range from $100-$150 for the year and price of uniform. You’ll also have to shell out for shorts ($15-$40), socks ($5-$15) and cleats ($100-$300 for new).

Suit Up For Swimming On The Cheap

If you’re looking to beat the heat (and get in shape like no other), swimming is a great, low-impact and high-cardio way to stay fit – and you can often outfit yourself for under $100. Sport swimsuits (lanes are not the place for bikinis, ladies) can be found in the range of $30-$100 for women, and around $10-$100 for men. Swim caps and goggles can also be snagged for $10-$15 each.

Pool time can also be found on the cheap or for free at your community centre (see if there are lane times available in addition to free swim, which can get quite crowded), or you can join a swim club once you’re feeling up to the commitment – costs for coached teams beyond the rec level can increase to around $200-$400.

Score At The Apparel Store

Looking to lighten the financial load of all that gear? Some credit cards offer points rewards specifically on apparel gear. The ScotiaHockey NHL Visa Card is one such option. Offering ScotiaHockey Rewards, sports fans can put their points toward a variety of high end hockey swag, including pro game tickets. You’ll earn 1 point for every dollar spent with the card (customizable to feature the NHL team of your choice). You’ll earn a full 5 points on the dollar though, when you use the card to shop at sport retailer SportChek. The card comes with a $29 annual fee and an interest rate of 19.99%.

Give It Another Shot

If you're looking to score a discount on gear (or you aren't certain of your fickle kid's commitment), second-hand gear can be the best way to go. Play It Again Sports, which has locations nation-wide, has equipment for pretty much every sport under the sun. You can save literally hundreds of dollars by buying used. While personal items like mouth guards and shoes (if they've been moulded to the last player's feet), should generally be newly-purchased, there's nothing sweeter than scoring a new stick, ball, racket or skates at a fraction of the cost.