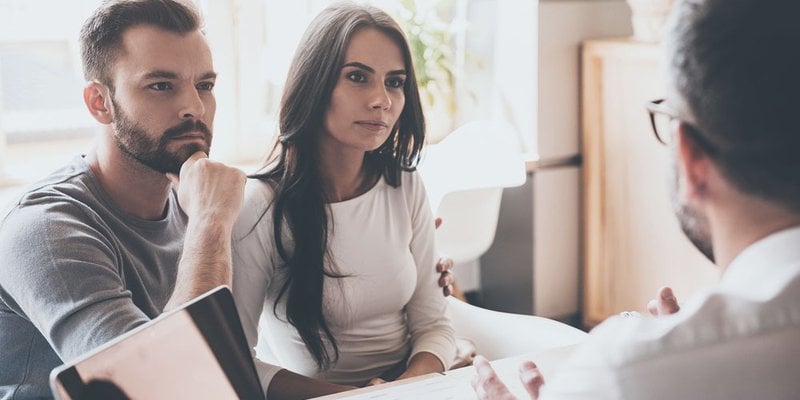 If you’re on the house hunt this month, you’re in luck - Bank of Montreal has brought back their ultra discounted 2.99% 5 year fixed mortgage rate. It’s the third time since January 2012 that BMO has slashed their rate, previously 3.09%, and this time they've upped their game with full service 20/20 prepayment features (up from the previous 10%). Is this an indicator that the big banks are increasingly willing to play hardball with credit unions on rock bottom rates?

Why This Hot Rate Is Under Fire

BMO’s rate drops have drawn criticism in the past, seen as flying in the face of the Bank of Canada’s efforts to decrease excessive consumer borrowing and cool the overheated housing market. The BoC has put forth a number of measures to discourage consumers from taking on more debt than they can handle, including cutting the maximum amortization rate for high ratio buyers from 30 to 25 years last summer. While the move frustrated many buyers and locked some out of the market completely, they also forced some would-be borrowers to stick to their savings plans rather than overextend themselves with a housing purchase - and end up underwater on their mortgages.

However, Ernie Johannson, senior vice-president of personal banking Canada, states that it isn't BMO's intention to sidestep these measures.

“BMO’s efforts to encourage Canadians to pay down debt and build equity in their homes have been aligned with Minister Flaherty’s timely and prudent actions to encourage moderation in the housing market,”  he said in a statement.

Are We In For A Price War?

When one rate drops, others are sure to follow suit - another point of contention with the BoC. As the aforementioned amortization cuts left many potential buyers out of the market altogether, the pool of qualified home buyers is shrinking. That leaves banks rallying to reel them in - and they’re undercutting each other’s prices to do so. The truly record-breaking lows, however, are typically seen among credit union lenders as the Big Five tend to stick to their guns on their posted rates. For example, as of today’s post, the very best rate in the country is 2.79, and offered by Butler Mortgages. The next lowest Big Five offering is 3.19 per cent, offered by TD.

It just goes to show that BMO dabbling their toes in deeply discounted waters is setting a precedent - and other big players are sure to volley back with low rates of their own, as seen the last time rates took a dip.

Good news for the first time buyer segment - this rate is available for high ratio mortgages, meaning it can be had for only 5% down. Here are a few other features offered by this full-service mortgage:

90 Day Rate Hold: Those who qualify for this mortgage can hang onto their rate for a full 90 days - enough time to house hunt with peace of mind.

No Minimum Mortgage Amount: No restrictions here! All home and mortgage values qualify.

20/20 Payment Pre-privileges: Mortgage holders can cut down on their amortizations by amping up monthly payments by 20%, or making a 20% lump sum payment annually.

If Rates Go Up... Could You Afford Your Home?

While it may be a boon to home buyers to score such a competitive rate on their mortgage, concerns persist that record low rates won’t last forever - especially as economists point to national interest rates rising over the next year. If you were to lock into a 2.99% rate now for five years, could you still swing your monthly mortgage payments when it comes time to renew?

Let’s break down the numbers:

CMHC Premiums: $9502: Because you fall in the high ratio category, premiums for CMHC insurance will be tacked onto your mortgage amount.

Run through RATESDOTCA Mortgage Calculator, you can expect to pay $1678 monthly for that home. But, what happens when rates go up, and your five-year mortgage term is finished?

Your New Mortgage Rate: The combined average of the best five year fixed rates as of January 2009, and considered a conservative estimate for future Bank of Canada rates should they follow an upward trajectory.

$303,438: Your Remaining Mortgage Value: The amount left over after paying off your mortgage for five years.

$1734: Your New Monthly Mortgage Payment: While these numbers are based on averages and forecasts, it’s safe to say that if BoC rates do go up (as they are most certainly will over a five-year period), you’ll be hard-pressed to find a comparable rate to renew at for your new term. So enjoy these low rates while they last.... and mentally prepare to shell out more in the future.