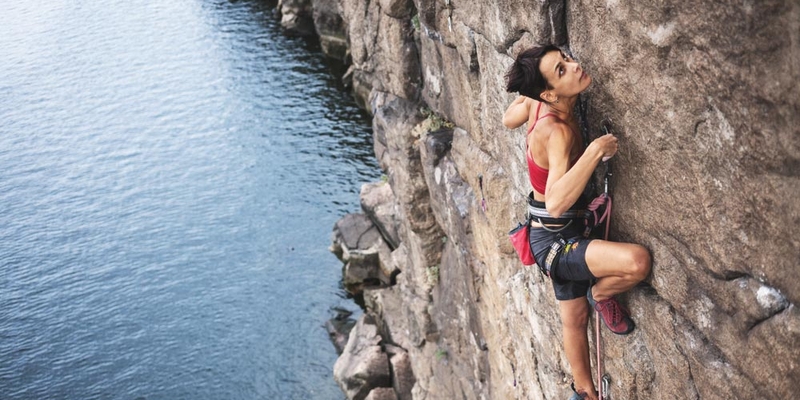 After raising its policy interest rate by 50 basis points in June, the Bank of Canada delivered another supersized hike on Wednesday morning of 100 basis points, bringing the overnight lending rate to 2.5% — the biggest increase since 1998.

As the cost of everyday commodities like gas, food, and clothing remain high, the fourth rate hike of 2022 is yet another attempt at easing soaring inflation, which sits at 7.7%, the highest year-over-year increase in almost 40 years.

“With the economy clearly in excess demand, inflation high and broadening, and more businesses and consumers expecting high inflation to persist for longer, the Governing Council decided to front-load the path to higher interest rates by raising the policy rate by 100 basis points today,” the Bank said in today’s release.

The Bank signaled that it’s showing no signs of stopping, either, saying interest rates will need to rise further in the coming months. According to a new Angus Reid Institute poll conducted in June, the sudden series of rate hikes hasn’t allowed Canadians much time to adjust. Forty-five percent of Canadians say they’re financially worse off now than this time last year, while 41% of Canadians don’t think the Bank of Canada’s interest rate hikes will effectively tackle inflation.

Global inflation is higher due to ongoing economic setbacks

In addition to the economic impact of the ongoing Russian invasion of Ukraine, persistent supply shortages, and high demand, China’s economy is now suffering from restrictive COVID-19 measures to combat the spread of the virus.

Today the Bank pointed to the fact that it’s not alone in its policy decisions to get inflation under control. “Many central banks are tightening monetary policy to combat inflation, and the resulting tighter financial conditions are moderating economic growth,” the Bank stated in its release.

The announcement also confirmed “the Bank now expects global economic growth to slow to about 3.5% this year and 2% in 2023 before strengthening to 3% in 2024.”

With a record low unemployment rate, labour shortages, and increasing wage pressures, Canadian businesses are raising prices to meet high demand. However, although the GDP grew by roughly 4% in the second quarter, “growth is expected to slow to about 2% in the third quarter as consumption growth moderates and housing market activity pulls back following unsustainable strength during the pandemic,” the Bank said.

In fact, the Canada Mortgage and Housing Corporation (CMHC) expects the average home price in Canada to decline by 5% from Q1 of 2022 to Q2 of 2023, dropping to $742,970. The CMHC also revised its price forecast for home price gains from 2021 to 2022. To account for the Bank’s aggressive interest rate hikes, the average home price is now forecasted to rise by 11% instead of 13.7% as the federal agency previously predicted.

The Canadian economy is expected to grow by 3.5% by the end of 2022, 1.75% in 2023, and 2.5% in 2024. As global supply disruptions resolve and tighter monetary policy impacts the economy, supply and demand are expected to balance and ease inflation.

“The July outlook has inflation starting to come back down later this year, easing to about 3% by the end of next year and returning to the 2% target by the end of 2024,” the Bank said.

What rising rates mean for mortgage holders in Canada

According to a recent real estate study conducted by TD, 76% of prospective Canadian homebuyers who are hoping to buy in the next year are worried about the Bank’s rate increases affecting home affordability. While surprisingly, 31% of Canadians believe interest rates don’t have an effect on their mortgage.

That couldn’t be further from the truth, however. The rising cost of consumer goods and climbing interest rates make it more important than ever to account for rising housing costs, particularly for those with variable-rate mortgages. In fact, the Bank itself has already issued a warning that those who took out mortgages between 2020 and 2021 could face a 45% increase in their monthly mortgage payments by 2025.

According to RATESDOTCA mortgage expert, Sung Lee, today’s 1% increase translates to an extra $53 a month per $100,000 of mortgage, assuming you’re on a 25-year amortization and have a variable-rate mortgage:

Today’s rate hike may have pushed many variable-rate mortgage holders out of their comfort zone. However, it's always an option to convert to a fixed-rate mortgage. There's no fee associated with the switch, and you'll make stabilized — though higher — monthly payments for the next three to five years.

Regardless of whether you have a variable or fixed mortgage, interest rates are far from the historical lows we saw during the height of the pandemic. Whether you’re taking out a new mortgage, renewing your loan, or refinancing, your best plan of action against overpaying on interest is to compare mortgage rates.

How to prepare for higher mortgage payments as interest rates rise

Preparing for higher mortgage payments by consulting with a financial planner, reviewing your budget and cutting unnecessary expenses, or growing your emergency fund are all steps in the right direction.

Increasing the length of your amortization, or asking your lender to reset it to its original length, is another route that could help alleviate cash flow restraints. Though you’ll end up paying more interest overall, you’ll pay less monthly. Once you can afford it, you can shorten your amortization accordingly.

Alternatively, look at consolidating the rest of your higher interest debt onto your mortgage. If you have a home equity line of credit (HELOC), you can use that lower-interest loan to pay off other debts with higher interest rates.

Refinancing to a lower interest rate is also an option if you’ve built at least 20% equity in your home. With a lower rate, more of each payment can go toward your principal, which can save you thousands over your mortgage term.

Before you make any major decisions, like selling your home, speak with a broker. They can guide you through the hikes and advise what your next move should be.

According to the Bank, “the Governing Council continues to judge that interest rates will need to rise further, and the pace of increases will be guided by the Bank’s ongoing assessment of the economy and inflation.”

The next scheduled Bank of Canada announcement is September 7, 2022.