58% of Canadians have adjusted how they drive due to soaring gas prices: survey 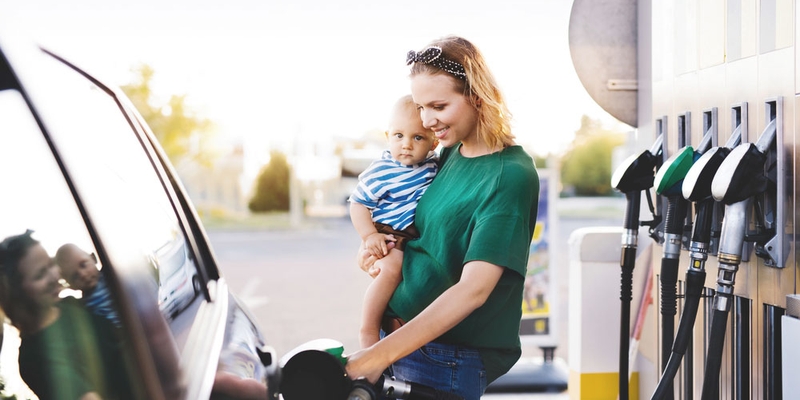 According to the latest Leger survey conducted on behalf of BNN Bloomberg and RATESDOTCA in March, most Canadians say they are driving less frequently and for shorter distances amid rising gas prices.

Prices hit record highs earlier this year, with signs at the pumps reading $2 per litre in some provinces. Surging demand and, most recently, the ban on Russian crude are propelling the steep rise in costs — and experts say the high fuel prices are here to stay.

While Ontario plans to join Alberta in temporarily reducing taxes on gas and diesel fuel, the legislation will take effect for only six months, starting in July. In the meantime, drivers are searching for ways to cut costs, starting with spending less time behind the wheel.

The majority of drivers, however, are overlooking potential insurance cost savings by not notifying their insurance provider that they’ve adjusted how much they drive.

More than half of Canadians driving less amid high gas prices

Some Canadians felt the pinch more than others. Atlantic Canadians were more likely to say rising fuel costs caused them to drive less, at 70%, while 55% of Ontarians and 46% of Albertans said the same.

Canadians eye hybrid or electric cars as next vehicle purchase

To reduce pollution and address climate change, the government committed to requiring all new cars sold in Canada to be zero-emission by 2035. While this initiative is in its preliminary stages, the infrastructure is already being positioned across the country to prepare for more zero-emission vehicles (ZEVs) hitting the roads.

Despite range anxiety and other concerns regarding ZEV technology, more drivers are considering these vehicles amid rising gas prices. Two in 10 Canadians say they are more likely to purchase a hybrid (20%) or electric (18%) car for their next vehicle.

Nearly one-third of drivers (27%) said gas prices had no impact on whether they would purchase an alternative fuel vehicle. This may, in part, be due to new ZEV prices and the sparse options available in the cheaper or used-car market. It costs significantly less to charge a ZEV than to fill a gas tank; however, gas or diesel vehicles are more widely affordable today.

Fortunately, there are other ways to save on car ownership if buying a ZEV isn’t in your near future.

Driving less could save you more on car insurance

Contacting your insurance agent or broker about potential discounts is an excellent place to start looking for savings. But a change in your driving behaviour can also earn you a lower premium.

When survey respondents were asked whether they notified their insurance provider about an adjustment in driving behaviour, most said no. The main reason was that they didn’t think their change would impact their premium — 41% of respondents gave this answer. Another 39% said a flat “no.”

Only 17% of drivers report telling their insurance provider that they adjusted how much they drive. For those driving less, this could be an opportunity to save on car insurance, and, in most cases, it’s just a call or click away.

During the height of the COVID-19 pandemic, most Canadians were driving less. According to the Insurance Bureau of Canada, the auto insurance industry provided more than $3 billion in relief to customers in response. As people begin to commute again, however, these insurance costs will start to increase.

You should inform your insurance company of any changes to your driving habits or personal details, such as your commute or home address, to ensure you have the right coverage when you need it. In some cases, it could save you money.