4 Tips For Setting Up An RSP In Your 20s 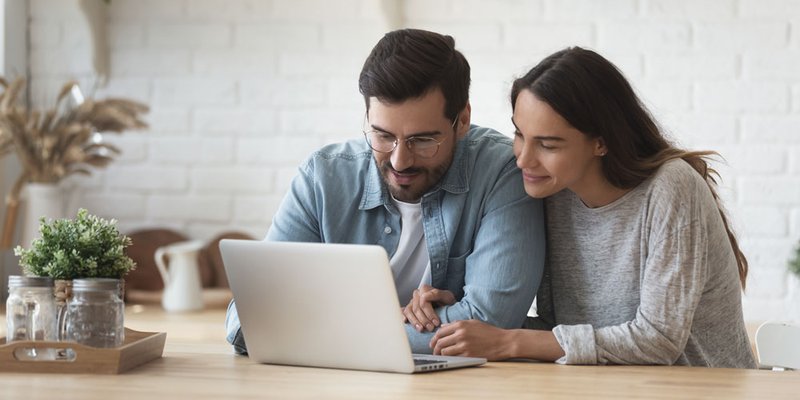 To say that Alison Brady was at a loss for what direction to go with her retirement savings is an understatement. To be honest, the 24-year-old hadn’t really given it much deliberation. “I think some of the attitudes about money I developed in university still persist today, so the thought of even putting away $25 every two weeks was like, ‘but that’s a dinner out or a few drinks’,” says the marketing specialist at RATESDOTCA. “Thinking about retiring in 35 years is not something that enters my thought process on a daily basis.”

This apprehension is a common thread among twenty-somethings says David Trahair, a Toronto-based chartered professional accountant and consultant. “We have all seen the compelling numbers related to starting to save early for retirement,” he says. “If you put just $2,000 a year away from age 25 to 65 and earn a 7% annual rate of return, you'll end up with a nest-egg of $459,264.” And while the “magic” of compounding investment returns can make the strategy sound great, Trahair points out that most people in their twenties are just starting to shake off student debt and lay the groundwork for financial stability. “People tend to do things later in their twenties and thirties like get married, buy a house and have kids,” says Trahair. “All these things usually cost a lot of money – where does the person get the money for all these things if they have put all their excess cash in an RRSP?” One silver lining is the RRSP Home Buyers' Plan, which allows one to pull up to $25,000 out of an RRSP to buy their first home. It’s a bit of insurance that whatever is being put aside can be used in a pinch for a long-term equity-building investment like a home. But for Brady, getting set up with her company’s RRSP was about taking a longer-term view. “Once I did it and actually filled out the form, I was almost disappointed with myself,” she says. “Our company matches our contributions up to 3% of our salary and I realized I lost out on a year and a half of that free money.”

Navigating the world of RRSPs

Setting up that first RRSP isn’t as daunting as it sounds, but it requires some careful consideration says Bruce Barran, a chartered professional accountant at Davis Martindale LLP in London. “The first step is to determine if the extra income is really going to be for long-term retirement or other possible goals,” says Barran. “If the individual truly is going to use an RRSP, then I think you have to look at what their current income level is versus future income level.” With many twentysomethings, they’re at a point of flux where their career is just taking off. This is one element Barran says they should keep in mind. “If your income is going to go up rapidly, you may wish to delay the claiming of the contribution on your T1 general,” he says. “You may go up a tax bracket next year that may give you a greater tax deduction, so you may want to wait for the claim, but still have the funds earning income for you on a tax-deferred basis.”

That’s why a lot of young people are opting for the TFSA over the RRSP. Either way, they both can fit into the strategy. Barran says one may want to maximize the TFSA contribution first if their income is relatively low – less than $40,000, or so – and they expect it to grow in the future. “A TFSA is flexible in that funds can be withdrawn and re-contributed – with some restrictions –but while an RRSP can be withdrawn at any time, it can’t be re-contributed without using additional contribution room,” he says. “So if the funds go into an RRSP, they should go in with the expectation that they will be used for retirement and not for other funds.”

As for the types of investments, it varies according to the investor’s comfort level. “I was given a quiz where based on your points it determines what type of investor you are,” says Brady adding that the institution in charge of her company’s pension plan had a few pre-determined investor profiles ranging from the high appetite for risk to low appetite. The assets in each profile matched the associated personality and predisposition towards risk. “It depends on their tolerance level but generally the investments should be with a long term horizon if they are in their twenties,” adds Barran.

Do You Need an Advisor?

Perhaps the most important part of setting up that first RRSP is choosing a team to manage it that they will be willing to work with for a while. It’s important they work with someone they trust, says Barran. “If your investment pool is limited, dealing with one advisor is fine for investments – I think you need to gain advice from people who are knowledgeable in their field of expertise,” he says adding that no investment advisor is great at everything. “The type of advice the twenty-something is seeking will determine who they should approach for that advice, so multiple sources are important. You want to build a team that you will be able to work with for a number of years, and who will work well together.” In the meantime, it’s important to just get started, says Brady. “My advice to anyone dragging their heels around setting this up would be it’s honestly not that hard,” she says. “And for the minimal effort it requires it’s completely worth it – there's really no reason not to do it.”