The 10 Toronto neighbourhoods with the most expensive car insurance rates 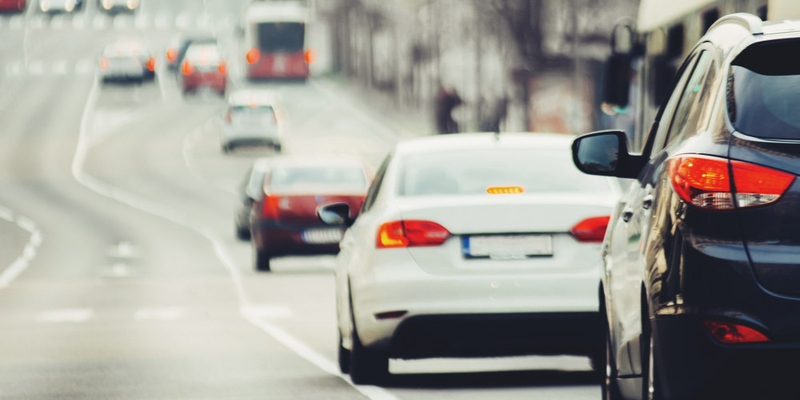 The average car insurance premium in Toronto declined by double digits in 2021, according to the RATESDOTCA Auto Insuramap.

Neighbourhoods play a major role in determining car insurance rates in Toronto as insurance companies look at the number of claims in an area to calculate how likely someone is to make a claim there rather than just evaluating individual driving behaviour. Case in point: the difference between the most and least expensive neighbourhoods is $1,126.

North York and Scarborough are home to the wards with the highest premiums. But while these boroughs still have premiums that are higher than the city and provincial averages, these areas have also been the beneficiaries of decreases. Premium decreases ranged from 4% (Humber River-Black Creek) to nearly 15% (Scarborough North).

Metro Toronto and central and southern Etobicoke have the wards with the lowest premiums.

Which Toronto boroughs have the most expensive rates?

While premiums in some of these neighbourhoods are almost double the current provincial average of $1,555, prices in late 2021 were more competitive than in the previous year. The highest premium in 2020 was $3,000 (Scarborough), or $254 more than the top price this year ($2,746), or an 8% decrease. 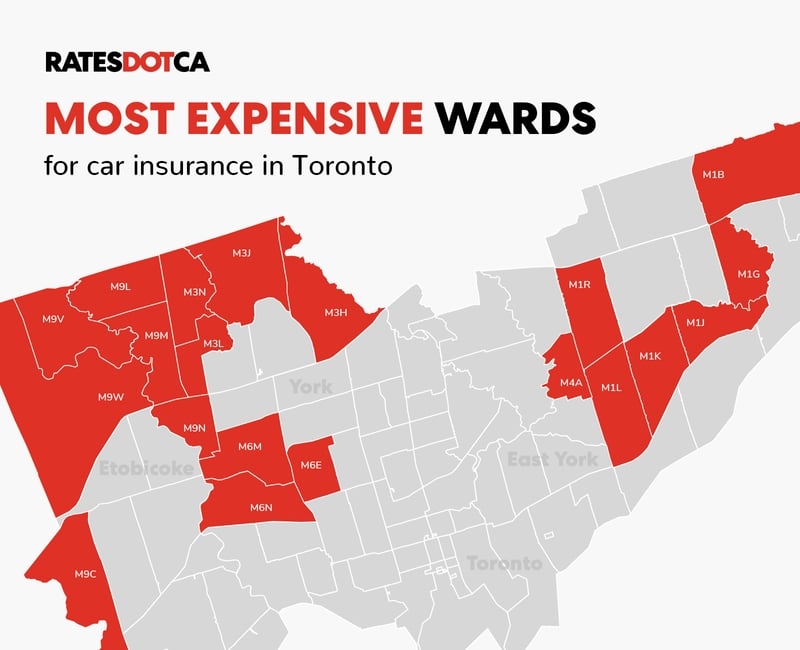 Year after year, Scarborough and North York lead the pack for the boroughs with the highest car insurance prices.

It goes back to the fact that insurance actuaries have to account for the number of claims they expect to see in the upcoming year, says RATESDOTCA expert Tanisha Krishnan, a chartered insurance professional.

“Certain areas and postal codes see higher frequency of accidents and dangerous driving and the rates will reflect that,” says Kishan.

Which districts in Toronto have the cheapest rates?

The Toronto districts with the cheapest premiums still pay roughly 7% more than the provincial average, which is typical for a large, densely populated city. However, these neighbourhoods saw an average reduction of 19.8% in their premiums over the last 12 months. 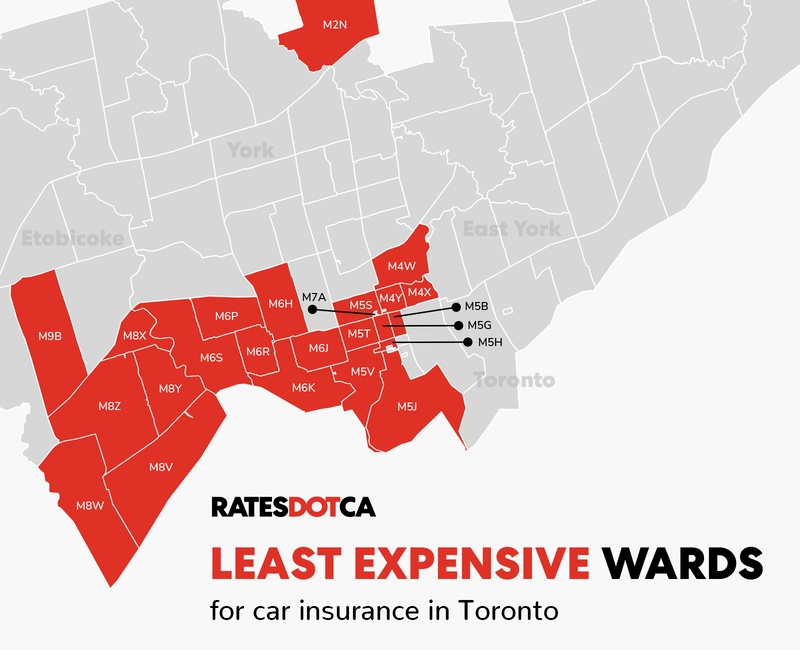 Historically, rates are lower in metro Toronto than in the suburbs. It could be because driving frequency is lower in the downtown core, says Kishan. City dwellers have access to other modes of transportation like the TTC or biking, she adds.

But once we start to resume our driving habits — when there’s more cars on the road, essentially — we will see that the rates go back to what they were pre-pandemic.

“If you see the congestion you see today versus what you would have seen before the pandemic, it’s vastly different.”

How do Toronto premiums compare to the rest of the Greater Toronto Area?

The average premium for the GTA (including Toronto) is $1,842, meaning that driving costs Toronto drivers about 6% more than their suburban counterparts. When we look at prices for the rest of Ontario, Toronto is the seventh most expensive city to be a driver.

No matter where you live, there are still things you can do to lower your car insurance.

Your Toronto car insurance premium could be lower

Finally, compare Toronto auto insurance quotes is the best way to immediately save hundreds of dollars a year on car insurance.

Keep an eye on your insurance costs by comparing car insurance rates in Ontario from several different providers, especially if your policy is up for renewal soon. In fact, the Financial Services Regulatory Authority of Ontario and the Financial Consumer Agency of Canada both recommend shopping around for car insurance before locking into a policy.

Our methodology and how to interpret RATESDOTCA Auto Insuramap data

The RATESDOTCA Auto Insuramap is an interactive online map that lets users search for the estimated auto insurance rate in a city or neighbourhood by postal code.

Estimated premiums are based on a 35-year-old male who drives a 2018 Honda Civic four-door with a clean driving record (gender becomes less of a concern for insurance providers after about age 30).

One thing to keep in mind is that the premiums are based on RATESDOTCA’s data. Our mix of insurance carriers in our digital marketplace, while broad, dictates the prices offered.

In addition, insurance premiums are custom products based on a driver’s unique driving and insurance histories and coverage needs. Your rate could be more — or less — than the one displayed for your postal code.

Alexandra Bosanac is a content manager for RATESDOTCA, specializing in auto insurance. She has reported for Canadian Business, the Toronto Star, the National Post, and the CBC.