Why You Should Start Saving for the Holidays Now 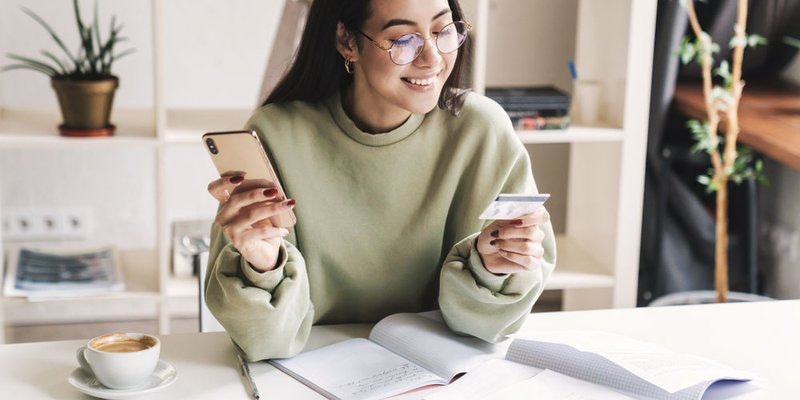 With Halloween in the rear view, retailers are shifting their focus to one of the busiest shopping seasons of the year - the holidays are officially upon us. Last year, Canadians shelled out more than $42.1 billion during December, according to Statistics Canada. Much of that spending was on holiday cheer.

This year, a new survey by Harris Poll* for The Chartered Professional Accountants of Canada shows Canadians have already started saving for what is inevitably an expensive time in many households. Think it's too early to be talking about the holidays? Think again - if you want to stay on budget this year, the time to plan is now.

The poll shows more than half of respondents intend to save money for spending on the upcoming season and found 35% have already started saving an additional 18%. This is good news because the same survey shows a third of respondents indicate they find managing spending during the holiday season stressful.

With Christmas decorations already in store windows and the temptation to spend building, it's best to be prepared by knowing what you want and how much you can afford ahead of time; 46% of respondents admitted they don’t plan to save for the holidays.

Canadians to be more frugally festive

Despite the billions retailers are expecting to rake in, shoppers say they plan to reign in this year's spending. The 2015 Holiday Spending Survey by Field Agent Canada finds Canadians plan to spend $875 this year on holiday gifts, food and decorations. That is down 7.5% from last year.

The biggest spenders will be in Newfoundland who plan to shell out $1,250 to say ‘Merry Christmas’ to their friends and family, but that is also down a whopping 27% since last year. The lowest spenders are in Quebec, who plan to spend $645 this year. While lower oil prices may keep travel costs low, higher housing costs and worries about job growth may also be helping Canadians keep their bank balances in check this year.

How to get into the saving spirit

Break down your holiday plans by the numbers: how many events do you plan to attend? How many relatives, friends and colleagues do you need to buy a gift for?

Beside each event, name and task put a dollar value of what you think it will cost. By doing this you can really pre-plan what you total costs will look like. Then,  add up all those numbers and multiply them by 1.25 - that is you true cost. Most of us tend to go over budget during Christmas, and it’s better to plan for that head of time rather than be caught off guard. Since it’s early in the game, go online and check out your January 2015 credit card and bank statements, it will help put in perspective everything you spent money on last year. See where the spending was frivolous and where you might have been able to save.

Where to find the money?

So you have a list of what you want to get and do during the holidays - but can you really afford it? My advice: use what you've got.

For example, your rewards credit cards and loyalty cards can be huge money savers. Spend 30 minutes online and see how much value you have on each reward loyalty card. Many of the sites allow clients to buy online and have it shipped. Look in the rewards catalogue for items that might make for a good Christmas gift.

Talk to the adults in your household and set a limit of how much you want to spend on each other this year, or - even better - do a Secret Santa. A great site to make that happen is elfster.com, which replaces the whole idea of picking a name of a hat.

And finally, be honest with yourself and don’t dig yourself into debt. Stop buying what you can’t afford and never carry credit card debt you know you can’t pay off. Christmas should be filled with memories of loved ones and great times with family, not resentment in January of how much you went over budget.