The Cost of Owning a Boat 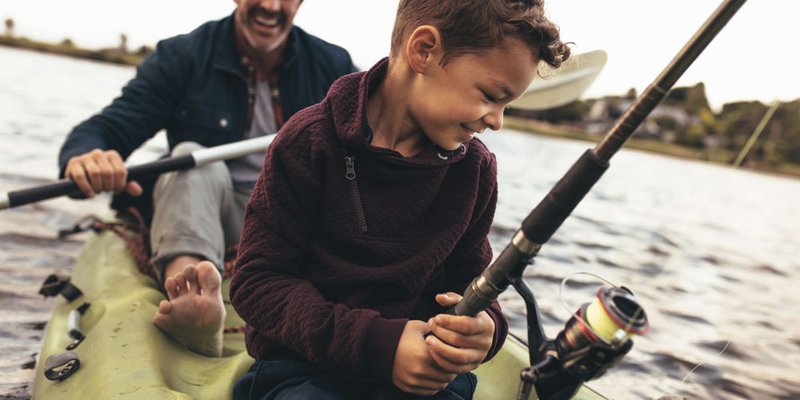 It’s safe to say that Canadians are a waterlogged people. We’re surrounded by oceans on three sides, there are countless thousands of lakes scattered across the country’s interior (563 of them that are 100-sq. km or larger), and the Great Lakes alone hold nearly 20% of the world’s supply of freshwater. All that adds up to a national passion for boating.

But before you decide to dive into boat ownership, here are some more numbers you should be aware of.

Boat show season starts early on in the year while the lakes are still frozen. One of the biggest, the Toronto International Boat Show is held in January, and features dozens of dealers selling boats large and small. Other shows – and boat showrooms – are scattered across any part of the country that’s close to water. It’s easy to spend $10,000 on a 16-foot fishing boat or upwards of $100,000 on a 20- to 30-foot cottage runabout.

Once you get into sailboats and cruisers, where the options include galleys and number of berths, you could deep-six almost anyone’s bank account. Russian billionaire Roman Abramovich reportedly spent $1 billion (yes, with a “B”) on his 553-foot long yacht, the Eclipse. Then again, amenities include two helipads, a mini-submarine, 24 guest rooms, and a missile-defence system to keep everyone safe. Annual operating costs, including salaries for the crew of 70, are estimated at $75 million.

If the sticker shock on even a more moderate vessel is too much, as with a car, you can save money by buying used.

You can pick up a tin fishing boat with a small outboard motors for a couple thousands dollars (or less, if you’re willing to put in some elbow grease). Just make sure you do your research so you don’t end up buying someone else’s floating lemon.

Sellers will often pay for a marine survey of their craft – the boat version of a home inspection – before they put it on the market. If not, you can find a certified marine surveyor of your own to inspect the boat for you. Whether you buy new or used, if you’re new to boating, your best move would be to first borrow or rent the type of boat you’re thinking of owning, and try to arrange a test drive before you lay your money down on a particular boat.

Pit stops along the way

With small outboard engines, you can bring the tank with you to fill up at any gas station. But unless you plan on hauling your inboard-engine boat out of the water every time you fill up the tank, you’re at the mercy of the largely competition-free marinas’ rates.

As anyone who owns a home or car will tell you, owning assets is great, until something goes wrong. Boat ownership with require a variety of maintenance chores, from cleaning the hull to tuning the engine. Canada’s saltwater marine environments are particularly harsh on things like fuel line hoses. Budget 10% to 20% of the purchase price of a boat for annual maintenance.

To drive a boat in Canada, you need to have a Pleasure Craft Operator Card. There’s a $250 fine for not having one when behind the wheel of a boat.

To receive one, you have to pass a test confirming your understanding of how to safety operate a boat in Canada. You can do the test online for $50. In addition to having a properly sized life jacket for everyone on board your vessels, depending on the size and type of boat you’re operating, there is a list of additional safety gear you’re required to carry, including an oar, signal flares, and a safety line.

Winter storage can be costly

When boating season wraps up, you’re going to want to get yours out of the water and stored. For a small runabout, the process may be as simple as loading in onto the trailer and hauling it home to your garage – or renting or borrowing space in someone else’s.

For larger cruisers and sailboats, you’ll want to contact a local marina about hauling out and storage fees. The Mimico Cruising Club, located where Toronto’s Humber River spills into Lake Ontario, for example, charges members a fairly reasonable $2.34 per sq.ft. of boat. So a 30’-long, 10’ wide cruiser costs about $700 to have stored and re-launched in the spring. Of course, that doesn’t include the first-year initiation and membership dues that tally up to more than $8,000!