Surprise! Bank of Canada Now Sees Rate Hikes as Early as Next Year 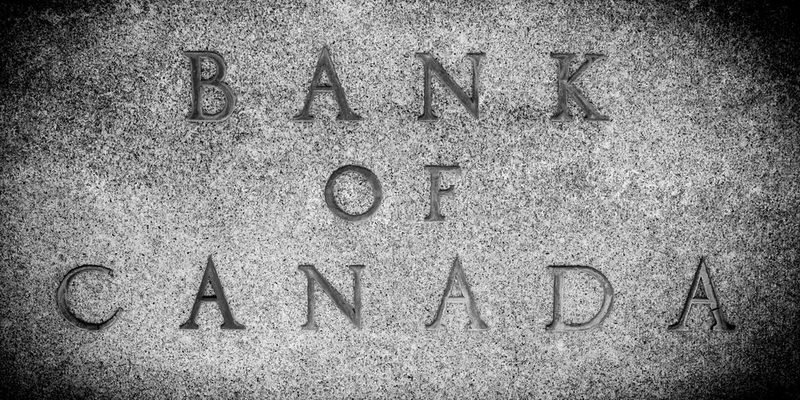 Canadians can't be faulted for thinking the Bank of Canada is reneging on its low-rate "guarantee." Since July, the Bank has assured borrowers to be "confident" in rates at the "effective lower bound" (0.25%) well into "2023."

In truth, it was never a guarantee. The BoC changes its mind a lot. "It may well change its mind five more times before 2022," RBC Economist Eric Lascelles told BNN Bloomberg today.

Here's what won't change. Barring further virus calamity, the Bank appears reasonable in projecting that "consumption is expected to rebound strongly in the second half of this year." The bond market should ultimately key off that and take yields higher. And generally when yields go up, fixed mortgage rates go up.

The Bank also announced that it is reducing its bond-buying by $1 billion per week. That, too, may have a slightly bullish effect on longer-term fixed mortgage rates.

On the housing front, the BoC is calm as a cucumber. Or at least that's what it wants Canadians to think.

The record home price gains we're seeing (+31.6% year-over-year nationally as of March) are "rooted in fundamentals," BoC chief Tiff Macklem maintains. Well sure, that's part of it. But let's not forget those "worrying" extrapolative expectations and "stretched" debt loads he's warned of.

Macklem also explains, "Supply is not responding nearly as quickly as demand." (A reminder for people who discount tight supply as a factor.)

He also supported his policymaking brethren in saying, "We welcome the recent proposal by the OSFI to introduce a fixed floor to the minimum qualifying rate for uninsured mortgages."

How to play it

The fact that rates could normalize (go up) in the next 18-30 months is not new information. Nonetheless, by accelerating its rate-hike timetable, the BoC will incite more Canadians to lock in their mortgage.

Is locking in the right move? Only time will tell. But if you're getting a new mortgage today, the odds of success in a variable have seldom been this poor — particularly since we're at the bottom of the interest-rate cycle.

The gap between the lowest nationally available uninsured 5-year fixed and variable rates is now 70 basis points (1 basis point = 1/100th of a percent). If history is a guide, the BoC will likely lift rates at least 125 basis points. The average rate-hike cycle since 1996 has been 170 bps.

The BoC's new "neutral rate forecast" is also worth noting. The BoC said today that "We assess that the Canadian nominal neutral rate continues to lie in the range of 1.75 to 2.75 percent." At a minimum, that implies an eventual 150+ bps increase from here.

If we model this out, the results are clear. Were we to see five hikes starting December 2022 (or four consecutive hikes starting in July 2022), that would result in a 5-year fixed mortgage costing less than a variable, based on interest cost alone.

This assumes you ride out the mortgage for five full years, or choose a "fair penalty lender." Reason being: penalties for breaking a fixed mortgage early can easily offset an upfront rate advantage if you choose the wrong lender.

So, while the BoC's messaging changed today, the odds of success in a 5-year fixed have not (much). It's still the safest term for the majority of Canadians, at least those who need a mortgage for the next five years.