Senior Driving: Is It Safe? 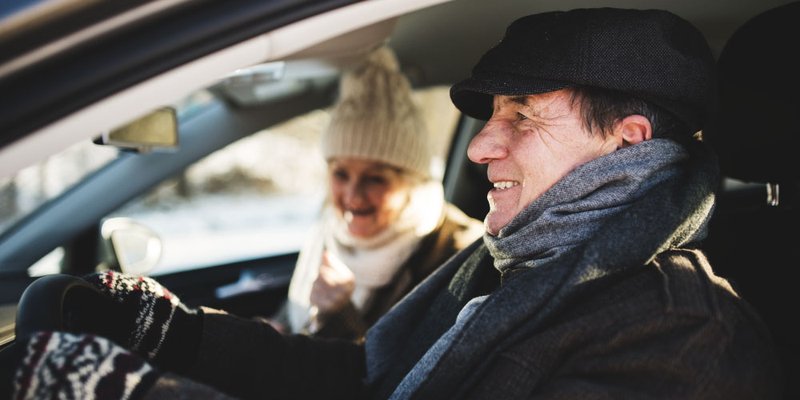 According to Stats Canada, the number of seniors age 80 and over is expected to increase by a factor of 2.6 between now and 2036 for a total of 3.3 million Canadians over age 80. While not every octogenarian Canadian will choose to drive, if current trends hold, about 70% of Canadians age 65 and older will continue to drive their own cars as long as it's safe to do so.

Should Seniors Prepare for Driving Retirement?

A CTV News report documented the rise of senior fatalities on the road since 2000. According to Transport Canada, an average of 447 seniors have died on Canadian roads each year between 2000 and 2015. While alarming, a significant number of these deaths have been older pedestrians. Sixty-seven per cent of seniors killed on Toronto streets in 2017 were walking, not behind the wheel.

The stereotype of the older, unaware driver is exactly that: a stereotype. While older drivers do have accidents, "the vast majority of older drivers are safer drivers," says Dr. Shawn Marshall, principal investigator for Candrive, an organization developing safety evaluations to determine risk levels for older drivers. By the time family members notice problems like repeated "fender benders" and become concerned that an older family member may not be safe to drive, computer and road tests tend to show that driving impairments may have some basis in reality.

Statistics from DriveABLE, a privately-developed computer-based testing program for senior drivers in British Columbia, showed that in 2016, more than 62% of about 660 older drivers who were tested showed a significant cognitive impairment that could affect driving. The B.C. test has been criticized for being a touchscreen computer program, and has since been revamped, allowing seniors more time to complete safety assessments with their own vehicles.

As Canadians Age, They Plan to Keep Driving

About 200,000 Canadians over age 80 currently drive. A 2017 State Farm survey showed that about 55% of Canadians planned to keep driving at 80 and over. Slightly less than a third of those surveyed by State Farm, 29%, said they would give up their drivers' license between ages 80 and 84. Only 6% planned to stop driving before they turned 70.

Decisions to continue driving are based on good mental and physical health. Candrive's Dr. Shawn Marshall says that the average 80-year-old Canadian driver is in much better health than an octogenarian of 40 or 50 years ago. Improved health and vision care along with increased awareness of healthy aging contribute to driver expectations that they will not only drive longer, they will be able to drive longer and more safely than in previous generations. If concerns arise, programs like Candrive or B.C.'s Enhanced Road Assessment (ERA) can help to determine older driver abilities behind the wheel.

If you're a family member of an older driver or are getting older yourself and are seeking auto insurance, take advantage of Rates.ca's online comparison tools. Keep in mind that discounted rates are available for seniors who qualify. With continued good health care, safe driving strategies, and driving assessments, Canadians can drive and age safely in their golden years.