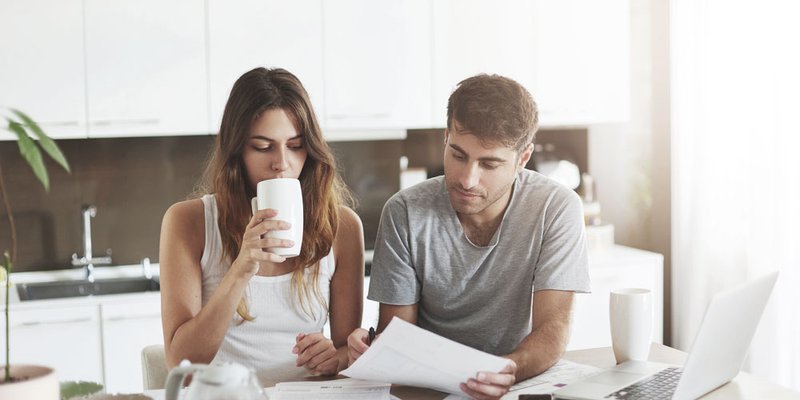 At this time of year, it seems like the financial world is awash with information on what is a Registered Retirement Savings Plan (RRSP), the benefits of having one, and how to start one. But there are still a few planning points that Canadians either aren’t aware of or don’t know how to put to use fully.

How much should I contribute to my RRSP this year?

There’s no magic number. Most people aim to contribute enough so that when they retire, they can maintain a similar lifestyle to what they currently enjoy. Although there’s considerable debate about the exact percentage, most experts suggest you’ll need 50 to 70% of your current income per year while in retirement.

The maximum you can contribute to your RRSP each year is 18% of your income up to a certain limit (the ceiling for 2019 is $26,500). If you’re managing anything close to that, you’re in great shape. Realistically though, contributing 10 to 12% of your pre-tax income each year is a reasonable target, especially if you’re carrying debt.

*Data from the Canada Revenue Agency.

Will I lose my RRSP contribution room if I don’t put any money in this year?

No, if you have RRSP contribution room this year but can’t use it all, you can carry it forward indefinitely. On your Notice of Assessment, the Canada Revenue Agency will calculate this year’s contribution room, plus any unused amounts carried forward from previous years, to show you the total amount you can currently contribute this year.

In the meantime, you’re just falling behind when it comes to potential growth. Remember, thanks to the magic of compounding, it’s the early years of contributing to an RRSP that makes the difference.

Do I have to deduct my RRSP contribution on this year’s tax return?

No. And in some cases, you probably shouldn’t. Don’t confuse your RRSP contribution with your RRSP deduction. Why wait? Because most people anticipate their income, and therefore their tax bracket, increasing in the future. When you file your tax return, your RRSP contribution is deducted from your taxable income. But if you don’t have enough income to deduct the entire amount effectively, you can carry it forward and deduct in a subsequent year when you have enough money to make it worthwhile.

Why does it seem like I have so little RRSP room?

Either you simply didn’t make a lot of income this year, or you’re in a really good pension plan, possibly offered through your employer. Chances are, it’s the latter. If so, take a look at your Pension Adjustment (PA) — a number that reflects the value of the pension benefits you’ve built up in the company plan.

Your employer is required to calculate your PA and report it to the CRA for your T4 each year. The CRA then takes 18% of your earned income for the year (up to the maximum limit) and reduces it by your PA to determine your RRSP contribution limit for the following year.

Thus, a PA will reduce your annual RRSP contribution limit since you’re already earning some retirement benefits at work.

If I don’t make much income, does an RRSP contribution still make sense?

If you earn little income, an RRSP should be a low priority, largely because there are no tax savings. Many low-income Canadians will actually gain less than they think from making RRSP contributions, particularly as they get older.

For instance, those who expect to receive the federal Guaranteed Income Supplement (GIS) when they retire should probably think twice about RRSPs.

GIS is currently available to Canadians earning less than $18,240 per year, and for couples with joint incomes under $24,096 (if your spouse/common-law partner receives the full Old Age Security pension).

However, extra income from RRSPs counts against GIS, as it adds to your total income. The amount you receive from GIS would be reduced by 50 cents for every dollar of retirement income above the threshold.

If your income is less than $18,240 and you are able to put a little bit away for retirement, investing in a TFSA may be a better alternative to save in this scenario. Drawing on your TFSA won't count against your GIS when you withdraw.

Should I borrow to maximize my RRSP contribution?

It depends. The actual math is complicated, but when you factor in projected rates of return, the tax breaks, and the cost of starting late, some people might be better off borrowing or taking out a loan to contribute.

If you don’t have enough cash on hand to jump in before the deadline, many financial institutions will structure a special RRSP loan with no payments for the first couple of months to allow time for you to get your tax refund before you have to start making loan payments.

To figure out if this route is really for you, you should first estimate the rate of return on your RRSP. If it is higher than your loan interest rate, and you can comfortably handle the payments, then borrowing money to use towards RRSP contributions can pay off. One rule of thumb though: Your loan interest rate should be at least 2% below your expected RRSP return and your loan term probably no more than five years.

What if my spouse takes money out of our spousal RRSP?

If one of you made little to no income this year, then withdrawal may make sense. When you make less income, you are in a lower tax bracket, and your withdrawal subsequently won’t be taxed as much. You may now even want to invest that money outside the RRSP.

Withdrawals from a spousal RRSP plan have to be declared as income by the spouse or partner who is the holder of the plan. However, if you contributed to any spousal RRSP two years before the withdrawal — even if it wasn’t the particular spousal plan from which the funds are being withdrawn now — you'll have to declare the amounts withdrawn by your spouse and pay tax on them as well.

This rule doesn’t apply though if you and your spouse are separated and living apart when the withdrawal occurs.

How much tax will be withheld if I take some money out of my RRSP?

All financial institutions are required by the CRA to charge applicable withholding taxes on lump-sum retirement withdrawals in the same year, unless you’re transferring the money to an RRIF or an annuity, or taking advantage of the Home Buyer’s Plan or the Lifelong Learning Plan (LLP). Upfront, expect to be hit with a 10% charge on the first $5,000, 20% on amounts between $5,000 and $15,000, and 30% on amounts over $15,000.

This is not your total tax liability; it’s just a down payment on what you owe. The money you withdraw is also added to all of your other income, which may result in another tax bite the following April.

At the same time, realize that you’re never going to get all your money upfront, no matter what you do, you will be taxed eventually.

Big Decision for Toronto Condos: Rent or Buy?
Toronto house prices may be climbing, but rents are plunging. And they have been since the start of COVID. Does that make it more financially sensible to rent or buy?
Learn More
RATESDOTCA T.
Oct.25.20
5 mins read