What Do You Know? Home Prices Have Resumed Higher

After taking a breather for part of the year, the national average home price rose 4% year-over-year (y/y) in August to $493,500.

Some markets are practically on fire. Take Ottawa, Montreal, and Guelph, which posted y/y gains of 9.4%, 7.5%, and 7.2%, respectively, according to the Canadian Real Estate Association.

Analysts attribute the increases to a resilient economy, non-stop immigration and population growth, inelastic supply and low unemployment (in most of the country).

“More importantly for homebuyers and housing markets, longer-term mortgage rates have been declining,” states CREA. “Of these factors supporting Canadian housing activity, the decline in mortgage rates is arguably the most important…,” it says.

And argue we will.

The truth is, mortgage qualification rates (a.k.a. stress test rates) have barely moved. That means lower rates are not making housing materially easier to buy. Rates must improve purchasing power to have their biggest impact.

Either way, consumers have a newfound confidence. That’s particularly true given the Bank of Canada may well cut its overnight lending rate by next year, assuming bond market expectations are correct. Granted, bets on when the next cut will happen keep being pushed further out.

Despite skyrocketing home prices eating away at affordability, and despite the recent rebound in bond yields, mortgage rates are still at a two-year low. That’s keeping affordability in check. 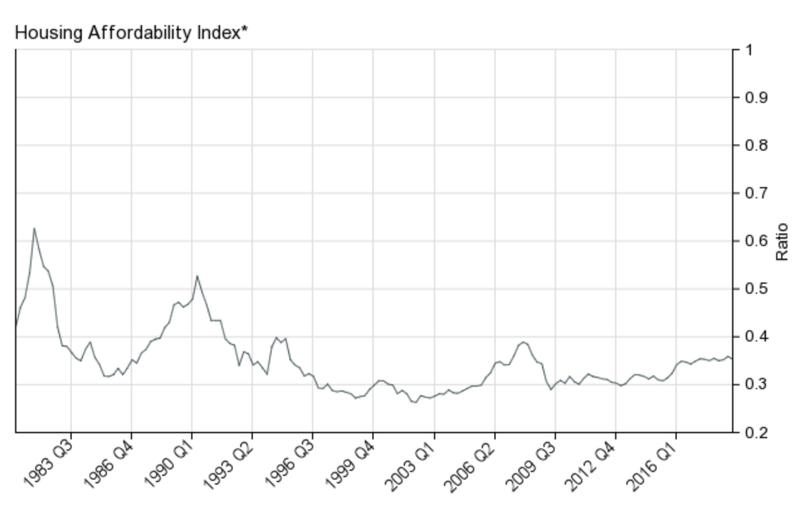 As long as the threat of trade wars and global economic uncertainty persist, rates will likely stay depressed.

In case you’re wondering, here’s a glance at how much the best widely available five-year fixed rates have fallen since January 1:

How Long Will Mortgage Rates Prop Up Home Prices?

Most folks with heavy debt loads are praying that interest rates stay low. And by historical standards, they just may.

But following this month’s surge in Canada’s five-year bond yield, the days of bargain-bin five-year fixed rates (at 2.39% or less) could be numbered, for now. Bond Tzar Jeffrey Gundlach is just one noted commentator predicting that rates have bottomed for the year.

A new uptrend in mortgage rates could be the cold water that temporarily douses the sparking embers of burgeoning home prices. That’s especially true if it prevents the minimum qualifying rate (i.e., the MQR, or “stress test rate”) from dropping further. The housing market would get a spirited boost if the MQR were to fall. For every seemingly insignificant 12 basis points it drops, buying power rises roughly one percent.

But don’t give up on lower borrowing costs just yet. Canadian rates will continue taking cues from one of the most important rates in the world, the 10-year U.S. treasury yield. It just bounced off key support at 1.50%. 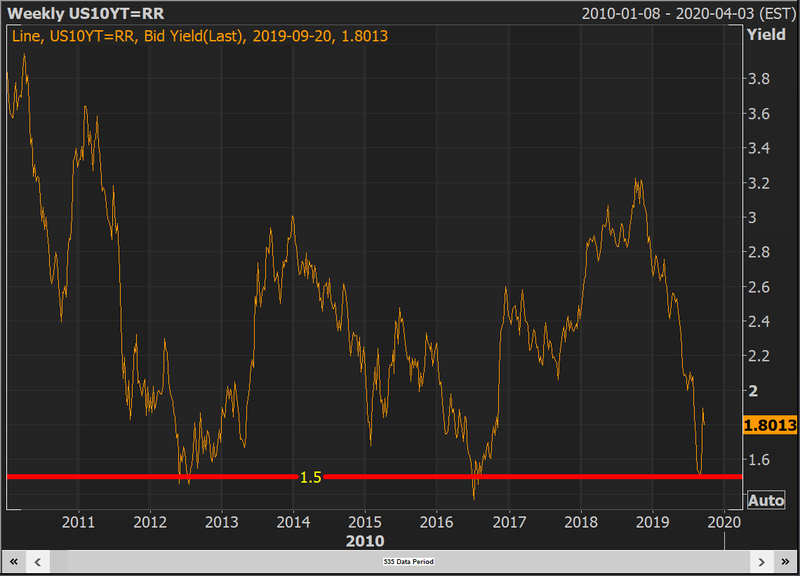 The more times it hits that 1.50% level, the more likely it will break through to all-time lows. So give it time, be it a few quarters or a few years. All it should take is a recession, and we’re guaranteed to get one of those…eventually.