Report: Gen-Y Home Buyers May Need Up to 35 Years to Save up for a Down Payment 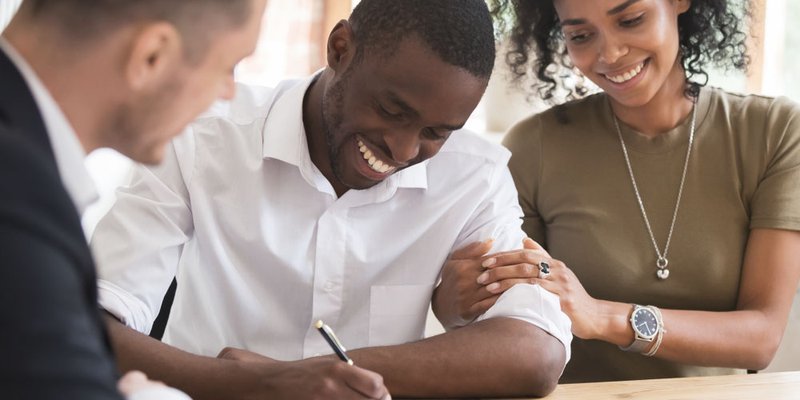 The idea of owning a house is closer to a pipedream for most millennials living in the country’s largest cities, according to a new survey of Canadians 25 to 38 years old. In some cases, saving for a down payment in hot housing markets could take up to 35 years for people in the age group.

Point2Homes surveyed 9,000 prospective home buyers from the 100 most populous cities in the country to learn more about buying a home as a millennial. The good news is there are many cities across the country where making a down payment on a home within a year of saving is possible; but the bad news is that if you plan on living in a city such as Vancouver or Toronto, saving up the money may take much longer than expected.

When it comes to the money in the bank, the prospective millennial homebuyers don’t have enough to buy a house in most of the big cities. About 40% have less than $10,000 saved. In contrast, a quarter of those surveyed have saved $40,000 or more.

Even if the potential home buyers have a fair chunk of change put away, many are still underestimating exactly how much they’ll actually need. In Vancouver, 80% of those surveyed think they need less than $100,000 saved to buy a home; in reality, the average buyer needs to make a down payment of nearly $300,000 on a home. In fact, a down payment alone in West Vancouver could buy you a home outright in many of Canada’s biggest urban centres. 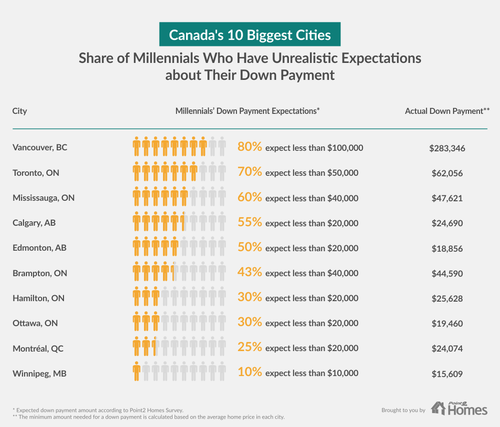 So will millennials ever be able afford a home?

There are even certain housing markets within Vancouver where it could take half a lifetime to make the down payment. This includes West Vancouver where, at a median income of slightly more than $70,000 per year, it would still take 35 years to be able to get a house if you save 20% every year.

This doesn't include the caveats of the recent introduction of the mortgage stress test, which could mean many millennials are unable to reach the credit standards and debt-to-income requirements for a mortgage. Another recent report also found the average peak millennial’s purchasing power in Canada is 16.5% lower than it was at this time last year, meaning they qualify for a mortgage of about $40,000 less than before due to the new stress test. 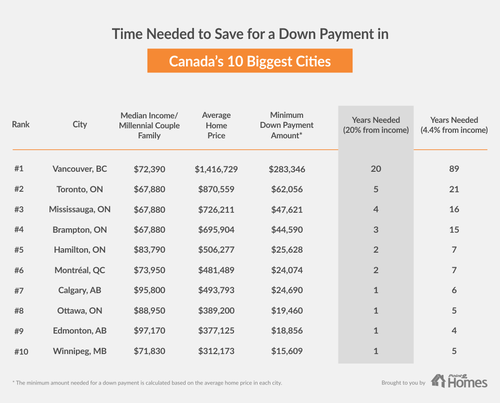 The silver lining: There are more affordable areas

There is also good news to be found in the current housing market statistics. In September 2018, the average home price in British Columbia dropped 1.2% over the last year. The B.C. provincial government has taken steps to cool this hot housing marketing, including the introduction of a housing tax that largely targets out of province owners and an increased tax on foreign property buyers, and this appears to be working. Meanwhile, housing costs in Ontario continues to rise, showing a 5.9% increase over the last year.