Is Our Aging Population Driving Down Interest Rates?

The older our population gets, the greater the chance that mortgage rates will stay low. That’s the message from a growing body of research.

Studies suggest that bond yields, which lead fixed mortgage rates, are on a downward trend in large part because of aging.

The report found this to be particularly true for Canada during the period from 1990 to 2015.

With the baby boom ending around 1964, the last 30 years have seen a steady aging of our population and a declining number of young people. While not purely causative, that’s coincided with 30+ years of falling bond yields. 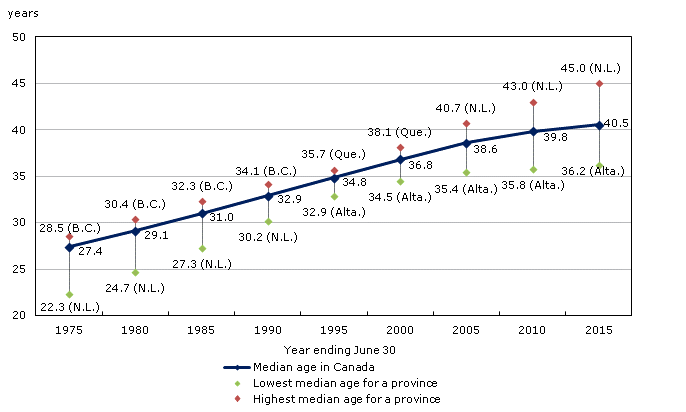 In the earlier stages of our working lives, people are typically borrowers. But as people age, they generally become savers. This results in:

(B) increased demand for bonds to finance retirements.

The latter weighs down bond yields as the percentage of seniors relative to the general population increases.

What does this mean for mortgage rates?

The report concludes that, based on Statistics Canada population projections, “we can expect that 10- and 20-year bond yields in Canada will be lower by roughly 40 basis points (relative to what they would have been under a stationary population structure.)”

“And appropriately so, because the interest rates reflecting these inexorable demographic forces are something like the natural rate of interest … Even low rates of interest, which are maintained by central banks above those levels, will have a depressing effect on economies already slowing for other reasons.”