47% of Millenials Would Switch Lenders for Better Mobile Banking 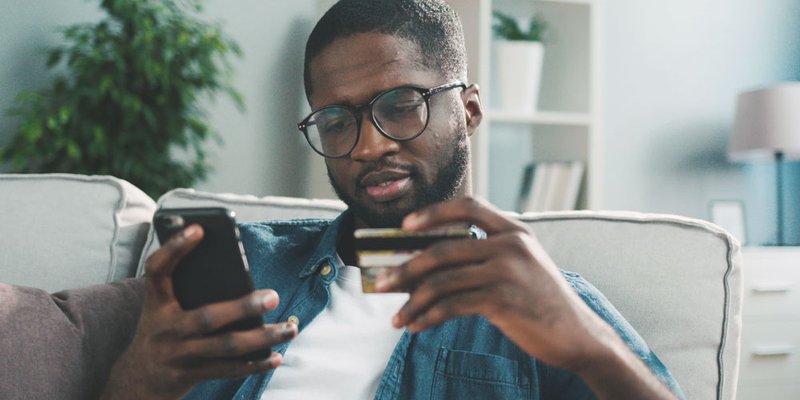 Once upon a time, to do your banking you had to walk into a branch and speak with a real, live bank teller. For those of us who are old enough to remember when ATMs first started to appear in shopping malls (read: me), the ability to transfer money and pay bills via your phone is truly remarkable. But for millennials (anyone born since the early 1980s), they take it for granted. One group that can’t take it for granted are financial institutions that want to have millennials as customers.

For the past few years, I’ve been on the board of an organization called the Canadian Society of Magazine Editors. Several times a year we hold professional development sessions, for which we charge members a small fee. In order to get an accurate headcount ahead of time, we encourage members to pay online via PayPal and offer them a discount for doing so. Still, some members show up at the door and pay by cash or cheque. I once asked a member why she never took advantage of our early bird pricing. Her response was that she once “had a bad experience” with PayPal, so she didn’t trust the online system.

I share this anecdote by way of illustrating that there really is an age gap when it comes to comfort levels with online and mobile financial transactions.

Last spring, Google surveyed a variety of Canadians about their banking habits. Not surprisingly, millennials are more likely than the general population to research their banking options online or on their phones, and more than half of them have downloaded their bank’s app. Perhaps most interesting of all was a finding that 47% of millennials would switch banks to gain a better mobile banking experience. 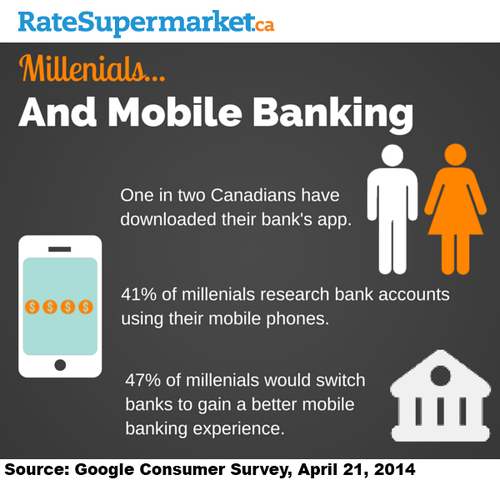 While they don’t break it down by age group, the Canadian Bankers Association says that more than three-quarters of us do at least some banking online, and 55% say it’s their main source of banking. They also found that mobile banking is growing particularly fast, with 31% using it now, compared to only 5 percent in 2010. And while younger customers are leading the surge, 21% of customers over 65 say they’re increasingly relying on mobile platforms.

The Next Generation of Mobile Banking

Most bank apps now allow customers to pay for goods and services with their phones, and take photos of cheques to deposit them.

Last October, Tangerine (formerly ING Direct Canada) announced that it was introducing biometric security measures to its app, using their fingerprint to log in and that its Siri-like “Voice Banking” that enables users to get answers to questions will eventually be enhanced to a “Voice Authentication” feature.

What are you looking for in a banking app? Let us know via the comments.