Location Rotation: Toronto Will Move Its Speed Cameras to New Spots in May 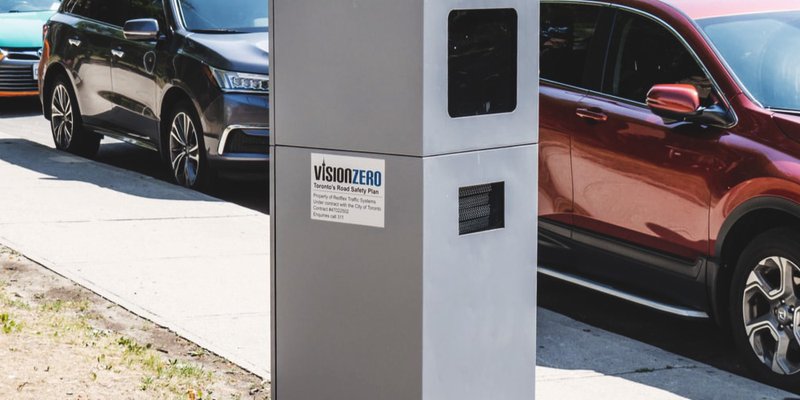 Just when you thought you knew precisely where all 50 of the City of Toronto’s automated speed enforcement (ASE) cameras are, the city says it will move them to new locations in May.

Originally launched on July 6, 2020, as part of the Vision Zero Road Safety Plan, the ASEs automatically take pictures of a vehicle’s licence plate if a car is speeding regardless of who is driving it. The registered owner of the vehicle receives a ticket in the mail.

If you receive a speeding fine in the mail from one of the ASEs, no demerit points are levied against your driver’s licence and it won’t show up on your driving record, so they won’t affect the cost of your car insurance premium at renewal.

Nevertheless, those fines can get expensive:

A victim surcharge of $130 is also tacked on to the speeding fine. If a vehicle exceeds the speed limit by 50 km/h or more, the registered vehicle owner will receive a summons to appear before a Justice of the Peace. Moreover, if you have any unpaid ASE tickets, they will show up when you go to renew your licence plate sticker, and you will have to pay them to get your plate sticker renewed.

In general, speeding fines and other minor infractions such as failing to signal, failing to yield, or the obstruction of a licence plate may lead to a 10% increase in your premium.

Are Toronto’s speed cameras having an impact?

There are two cameras placed in each of the city’s wards, typically in neighbourhoods that are considered community safety zones such as ones with schools, and they are capturing drivers who speed.

The strategy behind using the ASEs is to encourage drivers to slow down, drive the limit, and reduce collisions with other vehicles and accidents with cyclists and pedestrians. Toronto Mayor John Tory says the city's data so far proves the ASEs are a strong deterrent against speeding. Although that may be true, it hasn't deterred one motorist who racked up 15 tickets in April on one street in Etobicoke-Lakeshore.

“We will continue to rotate speed cameras in the city to cover as many areas as possible. All new locations have been selected following a data-driven approach that prioritizes areas in the city with speed and collision challenges,” Tory said in a press release. “This is just one part of our ongoing Vision Zero traffic safety work – which includes road redesigns, lower speed limits, and increased enforcement – to make our streets safer for everyone.”

Where are Toronto’s speed cameras located?

It is the second time Toronto is relocating its speed cameras after moving them in November. If you’re wondering where Toronto’s active and planned speed cameras are, as well as its red-light cameras that issue fines to drivers who run a red light at an intersection, take a peek at the city’s speed camera map.

As per provincial guidelines, warning signs have been installed at all the new locations to warn drivers who enter a community safety zone where an ASE is.

In May, the ASEs will be located in the following areas:

In general, speeding convictions stay on your driving record for three years, and in turn, can potentially increase your car insurance premium for the same length of time.