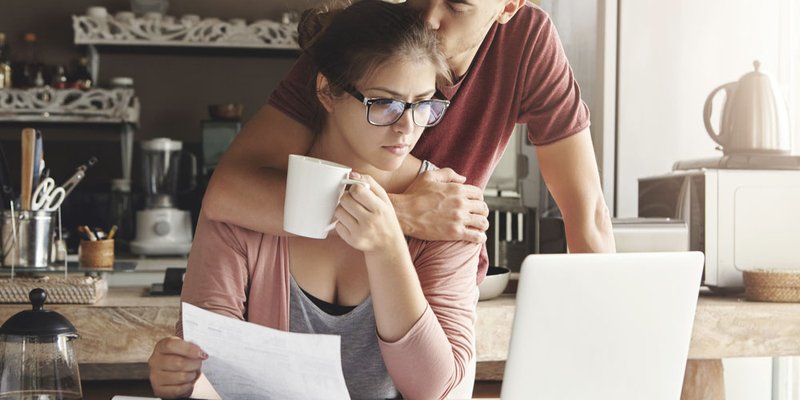 Try as they might, many Canadians are working hard for little gain, according to a new survey by the Canadian Payroll Association.

Around half of those polled say it would be a challenge to meet their financial obligations if their paycheque was delayed by a week and even more – 63% – of young adults aged 18 to 29 are living paycheque to paycheque.

It’s a tough space to be in, says Christine Canning, head of everyday banking at BMO: “It can be overwhelming and very scary,” she says.

BMO’s Rainy Day Survey found similar results, with a quarter of Canadians only having $2,051 in emergency funds - not nearly enough to cover an unexpected health incident or weather a job loss for more than a month.

How can you break the vicious paycheque-to-paycheque cycle? Check out our top tips:

Turns out, breaking the cycle is all about frame of mind - and taking some baby steps. “A lot of us know instinctively what the right things to do are, but knowing what they are doesn’t make it easy to actually do them,” Canning says.

The key is taking a less overwhelming perspective. “Change it from ‘oh my god, I’m supposed to have three to six months of savings stored away, I could never do that,’ to ‘I wonder if I could find 10 dollars a week.'”

As with any financial decision, whether it be tackling debt, contributing to an RRSP or saving, you need to realize that each little decision will add up to a greater whole.

Step 1: Know What You Owe

Taking some time to get to know what you owe can help you decide where to draw a line between your wants and needs. “If you’re someone who finds budgeting intimidating, don’t choose a whole bunch of numbers chose one,” says Canning. For instance, add up all your expenses from debt to rent and groceries and figure out what’s left after you’ve used your paycheque on those bills. Allot a portion of that for non-essential spending and a portion for saving.

“If you make it a cap that’s in your head and you pay attention to what you’re spending out of that cap then you’re a lot more aware,” says Canning. “You’re able to kind of think about it like ‘alright I’m going to go do this but it’s a choice that takes away from my long-term savings goal.”

“A big one that I’m a fan of at the moment is looking at all the things that you have in your life that you just assume are part of the cost of living,” says Canning. “Do you really need the cellphone plan you have? Can you get by with the $50 one instead of $60? Cause if you can, you just found an extra ten dollars a month.”

Other things like skipping a coffee or two you would normally buy or taking transit a day or two a week instead of commuting to and from work every day can go a long way.

“The trick is doing the mental accounting and saying ‘okay, I just found five dollars I'm going to put that away in a savings account right now,’” she says. “Over time I think that becomes its own reward, you see something growing and it becomes worth the small pain of giving up the comforts and the little luxuries that you enjoy.”

“Sometimes when we talk about living paycheque to paycheque there’s this sort of implied assumption that those who are are doing that because they’re just going out and spending money - and I don’t think that is necessarily always, or even often, the case,” she says. “Sometimes it’s the people we hang around with and the things that we do with them that impacts our spending habits.”

That need to be social can put pressure on you to go out to a bar or shopping even when you don’t have the funds or spend money on a trip you can’t really afford.

“Money is a really personal thing and it’s a hard thing to talk about but if you can find people you trust and choose to talk about it with them, I think it’s one of those things that is a lot easier,” she adds.

And in some cases, your friends may be in the same boat as you but also unwilling to shake things up. Finding new routines with them or ways to enjoy each other company inexpensively can help you break that paycheque-to-paycheque spending cycle.

“We're in a much more 'keeping-up-with-the-Joneses' kind of world than we ever were before,” says Canning.

Even things like online shopping have become efficient wallet-suckers causing a disconnect between your money and what you buy with it.

“The barriers to spending money are almost non-existent at this point; I can go onto my computer and order things right to my home without even entering my credit card number in,” she adds. “When it’s so easy, then we've got to put a few safeguards up there to make sure that we're really making those choices and we're not just falling victims to the ease of it – I think there’s a process of getting conscious about what we unconsciously do.”

Step 5: Count Only On Your Guaranteed Income

When determining their monthly income, some people account for inheritances and other uncertain money. That kind of thinking can lead to overspending – or under-spending on the important stuff. When determining how much money you have available for bills, only count the money you know is coming in.

Step 6: Pay Your Bills As They Come In

Paying your bills off as they come in will keep you from overspending. If you don’t have the money, you can’t spend it, can you? Pay off each bill - even if it's only part of it - as soon as it comes in. Whatever's left can go to personal use. Plus, you'll feel better spending that leftover cash when you know your financial obligations are already taken care of.

Whenever possible, shop wisely. Buy in bulk, buy on sale and purchase only what you need. Ask if there’s a sale coming up, look for deals online and stay away from name brands. Finally, always, always take a list – and stick to it. I promise, if you heed this advice, you’ll cut out an incredible amount of unnecessary spending.

Do YOU live paycheque to paycheque? How do you manage to save each month? Tell us in a comment.