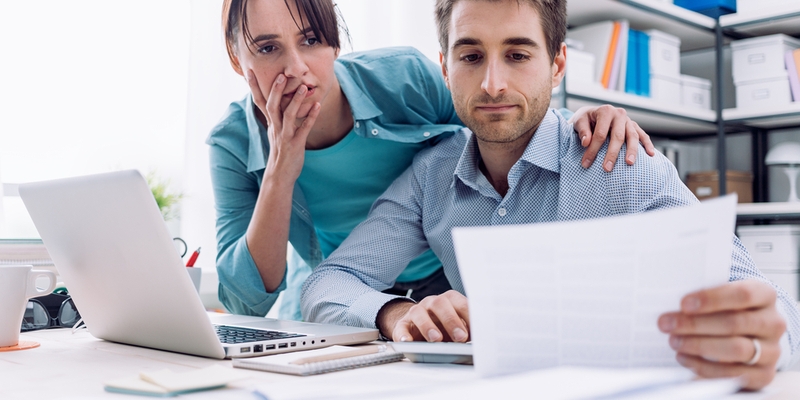 For years, housing critics have argued that home prices are dangerously detached from fundamentals.

But with national home prices posting the biggest percentage gains in CREA records and with mounting signs of deteriorating affordability, one has to wonder, has that danger reached critical levels?

Despite interest rates coming off historic lows, the portion of one’s income needed to cover mortgage payments has surged dramatically in just the span of one quarter. That’s according to data from real estate analyst Ben Rabidoux with North Cove Advisors.

“Strong income growth and low rates have not been enough…” he wrote. Affordability just kept worsening in Q1, in ways we’ve rarely seen.

Rabidoux estimates that a mortgage on a typical property purchased today with 20% down would require 37% of the pre-tax earnings for an average two-income household. “That represents a substantial deterioration from Q4.” 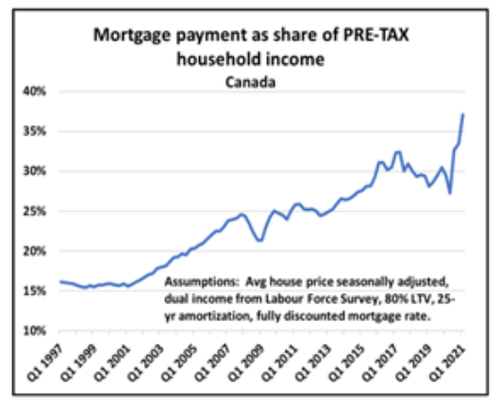 By contrast, in Alberta Rabidoux says housing affordability is still better than the long-run average, at ~21%. 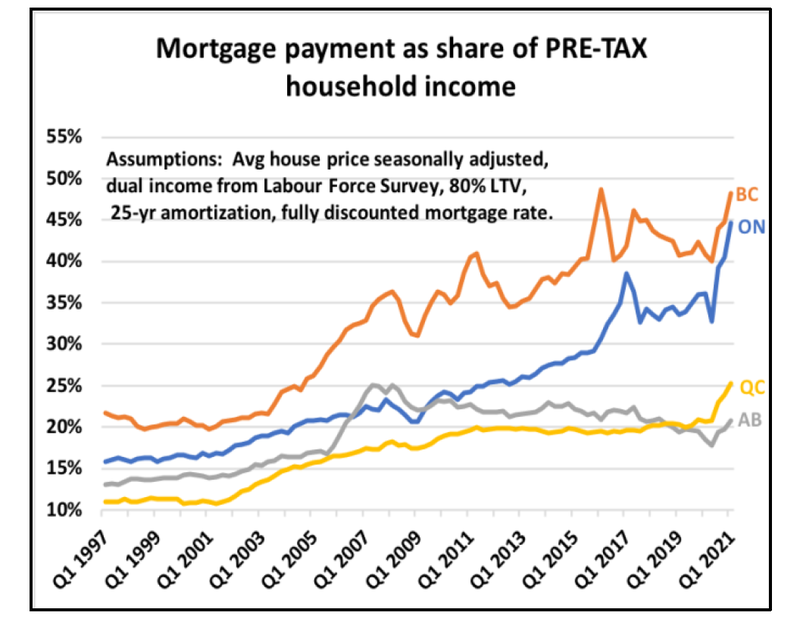 As recently reported, home prices have never experienced such a steep climb. The latest national average home price now stands at $716,828 (Source: CREA), vaulting 31.6% in just 12 months. And no longer can we blame Toronto and Vancouver for inflating average values, because the price growth outside those cities was even greater.

Income growth and record-low interest rates actually helped housing affordability improve in the latter part of 2020. Despite that, economists like National Bank have sounded alarms about buyers struggling to save down payments. “The rise in home prices” means that “at a national level, there has never been a worse time to accumulate the minimum down payment.”

For someone saving 10% of the median household income, it would take 60 months, or five years, to save up the minimum down payment (~6%) for a home.

Some analysts believe things could start looking up for young buyers later this year. That is, if homeowners start listing homes en masse and new supply reins in prices. But as we’ve all learned over the past decade, you can neither count on that nor plan around it.