HELOC Heydays Are Gone For Now

Home equity credit lines used to fly off the shelves. Now, "HELOC volumes are expanding at their slowest pace since October 2016," said Scotiabank in a report Friday. Monthly HELOC credit growth remains "well below averages of the last five years."

The following chart shows that succinctly (note the waterfall decline since the recent peak in 2018). 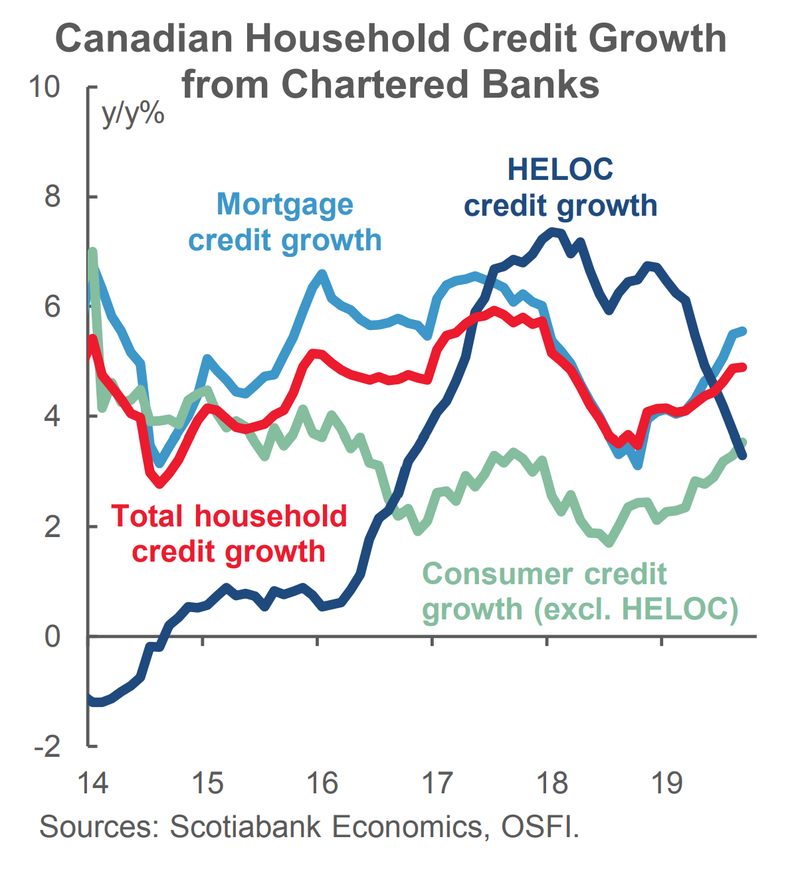 What's Behind the Trend Change?

For one thing, banks are (slightly) more careful about pitching HELOCs.

Banks reined in HELOC selling after regulators put them under a microscope. The Financial Consumer Agency of Canada ( FCAC ), for example, suggested banks were selling HELOCs too aggressively without the consumer's best interest at heart. (Although, two in three homebuyers claim to have still been offered a line of credit in 2019, according to CMHC.)

There was also concern that 41% of HELOC holders were paying nothing but the minimum interest due, some or all of the time. That freaks out regulators. 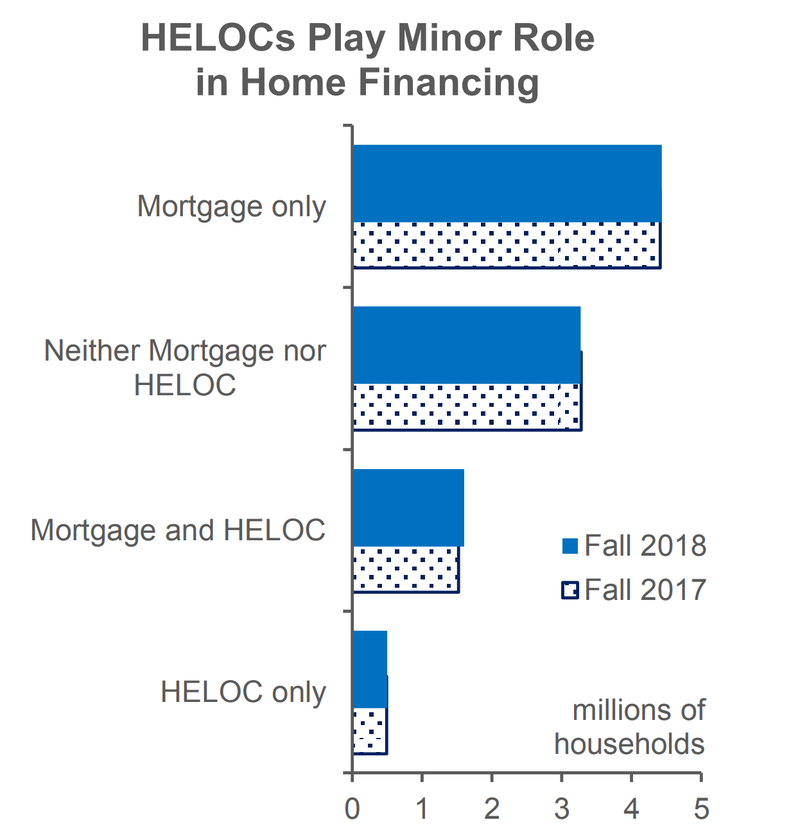 Among the biggest things putting the brakes on HELOC growth have been rising interest rates and the stress test. When prime rate climbed three times in 2018, it not only jacked up the cost of borrowing, it forced people to prove they could afford a HELOC payment based on a 6.45% interest rate. That's not easy for a lot of people, so fewer borrowers got HELOCs.

Growth isn't dead forever. "HELOCs may see some further renewed interest if the Bank of Canada proceeds with the two 25-bps cuts to its overnight rate target that we anticipate," Scotia adds.

That, of course, would make HELOCs a cheaper source of borrowing, but it wouldn't necessarily make them easier to get. For that, the Big 6 banks' 5-year posted rates would have to drop. Only then would the federal stress test get easier.

There is, however, one thing that could upend HELOC growth that few are factoring in. That is, a regulatory change. We continue to think the feds will eventually clamp down on HELOCs further, perhaps by limiting the ability of people to make interest-only payments. That would be a grave mistake if it was too limiting, given the legitimate uses of interest-only financing, but we wouldn't put it past regulators.

"Do you know what the loss ratio is for bank HELOCs?" asked a top lender I spoke to on condition of anonymity. "Zero, piss all, nothing. Forcing people to go to an amortizing HELOC is insane. People need [interest-only] HELOCs for their business, investments, retirement (versus a higher-cost reverse mortgage)."

"The HELOC client is typically higher wealth/net worth. Beacon scores are off the chart and arrears/delinquency is bordering on zero," this executive added. "This [would be] just more draconian policy change for the sake of it, with little intelligence or data behind it."

On a side note, a few credit unions offer HELOCs with much easier stress tests (i.e., you'd only need to prove you could afford a payment based on a rate in the three percent range instead of five percent), but few people know about them. That's largely because these credit unions all try to fly under the radar to avoid regulatory scrutiny. Their rates are a bit higher, but you can also find some that will allow revolving credit lines up to 80 percent of the home's value. Banks cap out their revolving HELOCs at 65% LTV.