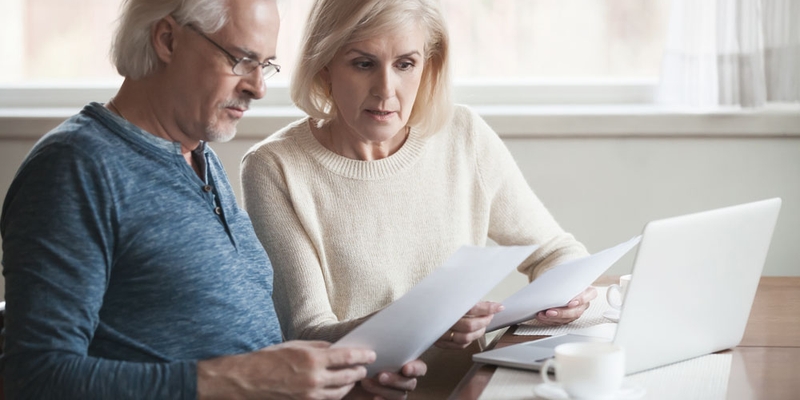 When stressing about finances, have you ever thought, “if only I made more money, all my problems would be solved”?

How could a higher income not ease your financial burden?

As it turns out, those earning more than you are just as stressed out about their finances. Perhaps even more so.

In fact, people earning higher incomes are increasingly filing for bankruptcy or consumer proposal. The average household income of those facing insolvency rose 5.5% in 2019 to $3,162 per month (after-tax), according to a study by Licensed Insolvency Trustees Hoyes, Michalos & Associates Inc.

“People are not getting a raise of this magnitude,” co-founder Doug Hoyes said in a release. “What is happening is that more prosperous households are now reaching the breaking point and tipping into insolvency.”

More money in, more money out

The reason why many never seem to get ahead—no matter how much they earn—is fairly simple.

“When we are making loads of money, we're not as careful with our spending…” Certified Financial Planner Liz Frazier wrote on Forbes. “We also increase our living expenses and spend to maximum capacity. The more we make, the more we can afford, so the more we spend.”

After making some reasonable assumptions, here’s what we found: 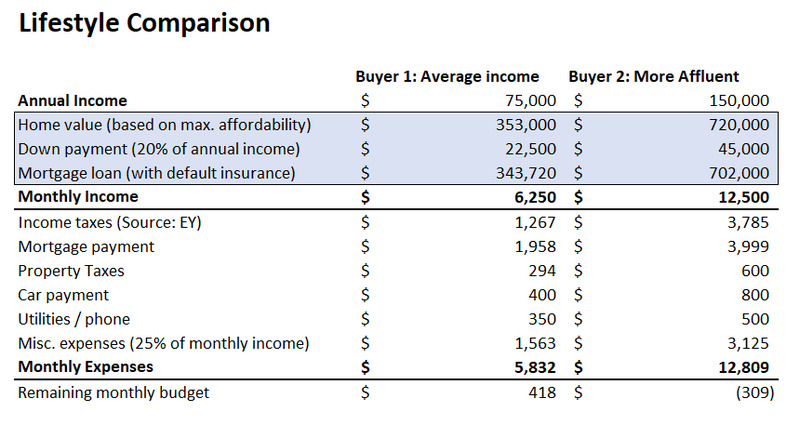 When incomes rise, expenses tend to increase proportionately. The table above illustrates this.

More expensive homes, for example, require a larger mortgage and higher monthly payments, not to mention higher utility costs, property taxes and so on.

In the end, financial stress knows few demographic boundaries. That said, those earning well under the national household income do experience more financial anxiety, no question about it.

Of households earning less than $50,000 per year, half reported that they were financially stressed. That’s according to a study by the Canadian Payroll Association.

For households earning at least $150,000 annually, only one in five (20%) reported that they too were financially stressed.

Regardless of income bracket, “…when we spend beyond our means, financial stress follows,” the association noted.

By the way: That same study also found financial stress is prevalent in all age demographics. Half of those who reported being financially stressed are over the age of 40, with a quarter of them (25%) over the age of 50.

How to nip that stress

Since financial anxiety is common among those of all income levels, one key solution is universal: be prepared for the unexpected.

Having an emergency cash fund or line of credit is essential. You need one that can sustain you for three to six months in the event of sudden job loss (perhaps due to a global pandemic) or unexpected expenses.

“What the research does in fact reveal is that, more than age or income, it’s actually the ability of working Canadians to deal with brief financial setbacks—like missing a paycheque—that most affects financial stress,” the CPA study notes. This is exactly why mortgage deferrals and government income subsidies have kept this recession from turning into a depression.

A home equity line of credit (HELOC) can serve the same purpose. It’s why we recommend that borrowers who live within their means and have more than 20% equity consider one. That is, if they don’t have sufficient liquid savings to fall back on.

HELOCs and emergency funds are essential for peace of mind. And knowing you have a financial lifeline makes for a better night's sleep, regardless of your income or age.