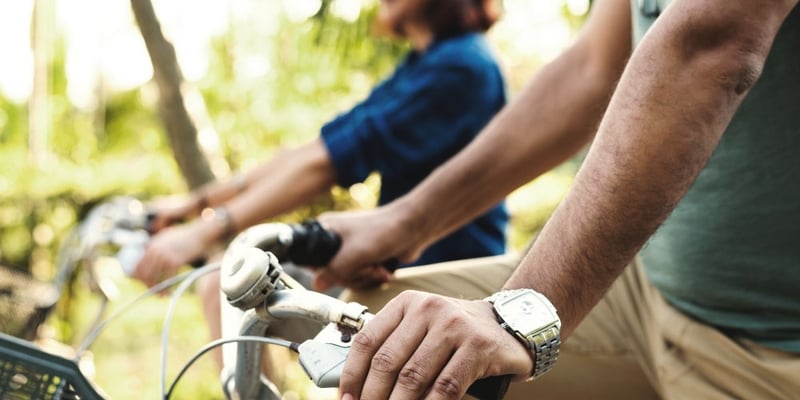 Bicyclists rejoice! June is Bike Month in Toronto. With the sun shining and the world beneath your two-wheeler, it’s the perfect time of year to get out and ride. Best of all, people of all ages can ride a bike without worrying about licence plates, registration, having a driver’s licence, or car insurance.

That said, many motorists are also avid cyclists. But riding a bike instead of driving a car doesn’t mean you can flout the rules of the road. While it’s unlikely you’ll get in trouble for popping a wheelie on a bike so long as you don’t hurt anyone or do it in traffic, according to Ontario’s Highway Traffic Act, bicycles are vehicles and cyclists are subject to the same rules and fines drivers are for infractions.

As a cyclist, you must share the road with other vehicles and obey all traffic laws. Of note, the sections of the Act that apply directly to cyclists include:

Moreover, your municipality may have bicycling-related bylaws all cyclists are required to follow. For example, in Toronto it’s illegal for anyone 14 or older to ride a bike on a sidewalk (a $60 fine).

How do traffic violations on a bike affect your licence and insurance?

If you’re convicted of any of the above infractions, there should be no demerit points added to your driver’s licence. The key is to ensure the police officer who issues you the ticket states clearly on it that your fine is a cycling infraction, not a motor vehicle infraction.

A cycling infraction also has no impact on your car insurance premium either since, if you’re convicted or plead guilty to the charge, it won’t be added to your driving record.