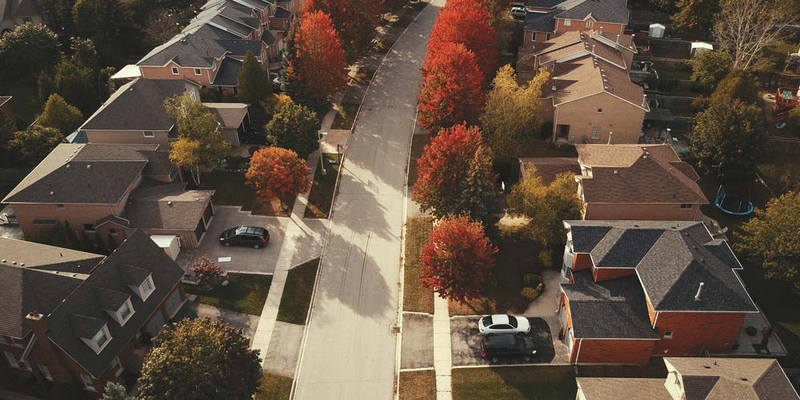 The Bank of Canada announced its sixth rate hike of 2022 Wednesday morning, increasing its overnight policy rate by 50 basis points, to 3.75%.

"The Bank’s preferred measures of core inflation are not yet showing meaningful evidence that underlying price pressures are easing," the Bank said in its announcement.

However, targeting inflation with persistent rate hikes has received criticism, most recently from NDP leader, Jagmeet Singh, claiming the Bank’s moves avoid the cause of inflation and only create financial strain for Canadians.

As interest rates continue to rise and inflation remains high, some speculate whether higher prices will become entrenched in the Canadian economy throughout 2023. And the Bank pointed to this possibility in its announcement today, given current inflation expectations.

“If you consider what the Bank of Canada is doing and how they’ve made it very clear they’re not willing to let that happen, the odds lie in favour of ‘no,’” says Benjamin Reitzes, managing director of Canadian rates and macro strategist at the Bank of Montreal. “They’ll push rates as high as they need to go and slow the economy as much as necessary to avoid that outcome.”

If we do enter a recession, however, and the Bank does all it can do to bring inflation down, but inflation and expectations still don’t lower, “that’s when they’re entrenched,” says Reitzes.

According to the Bank, the longer inflation takes to lower, the closer we may get to this possibility. “Near-term inflation expectations remain high, increasing the risk that elevated inflation becomes entrenched.”

Until then, global inflation and excess demand in the Canadian economy will continue to be met with rate hikes.

“Given elevated inflation and inflation expectations, as well as ongoing demand pressures in the economy, the Governing Council expects that the policy interest rate will need to rise further,” the Bank said in its latest release. “We are resolute in our commitment to restore price stability for Canadians and will continue to take action as required to achieve the 2% inflation target.”

In addition to the series of global supply shortages and elevated cost of commodities resulting from Russia’s invasion of Ukraine, “the strength of the US dollar is adding to inflationary pressures in many countries,” the Bank says.

In Canada, economic demand for goods and services is ahead of supply, putting further pressure on inflation and everyday prices.

“Businesses continue to report widespread labour shortages and, with the full reopening of the economy, strong demand has led to a sharp rise in the price of services,” the Bank said.

As higher rates continue to affect more areas of the economy, economic growth is expected to stall until the end of Q2 in 2023.

This year’s ongoing rate hikes have impacted all areas of the average Canadian’s financial capacity, from everyday spending to larger purchase decisions. “The effects of recent policy rate increases by the Bank are becoming evident in interest-sensitive areas of the economy: housing activity has retreated sharply, and spending by households and businesses is softening,” the Bank stated in its release.

And, as the Bank continues to raise its policy rate, the preference gap between variable- and fixed-rate mortgages may be closing. According to RATESDOTCA mortgage rates quoter data, consumer interest in fixed-rate mortgages rose in September — only 6% lower than the number of variable-rate quotes, which surpassed fixed by 36% in July and 34% in August.

How does the Bank of Canada’s latest rate hike impact variable-rate mortgages?

Though housing market activity is slow, the average home price in Canada — $640,479 — is still high. Therefore, rising interest rates continue to make financing a home a painful decision for many Canadians.

The 50-point policy rate hike is expected to raise Canada’s prime rate from 5.45% to 5.95%, impacting variable-rate loans. “The policy interest rate, also known as the overnight rate, is the cost for banks/lenders to borrow money from the Bank of Canada and other institutions,” says Victor Tran, RATESDOTCA mortgage expert. When this borrowing cost increases, big banks and lenders must follow suit.

“When the Bank of Canada raises the overnight rate, borrowing costs for lenders also increase, which are then passed onto borrowers through higher interest rates,” says Tran. “This can affect all lending products tied to the prime rate such as variable-rate mortgages and lines of credit (secured and unsecured).”

For example, says Tran, for every 50-basis point increase, a homeowner with a variable-rate mortgage can expect to pay approximately $28.00 more per month per $100,000 of mortgage.

Some of those who already hold a variable-rate mortgage are also reaching their trigger rate as increases continue. Once the entirety of a monthly mortgage payment is going toward the accumulated interest, a state of negative amortization is reached. At this point, homeowners should discuss other payment options with their mortgage broker or lender.

However, fixed-rate mortgage holders aren’t exempt from the strain of rising rates. The rapid and consistent rate hikes have driven bond yields up, making five-year fixed rates the highest they’ve been in 14 years. Meaning, when it comes time to renew your mortgage, you’ll also see a higher rate than you did when you first locked in your rate.

So, whether you’re purchasing a new home or refinancing a mortgage — fixed or variable — discuss your payment options with a broker. If you’re able to pass the current stress test, compare mortgage rates for a chance to save with a new lender.

September: Bank of Canada lifts lending rate to 3.25%. We ask a mortgage broker what this means for homeowners and buyers