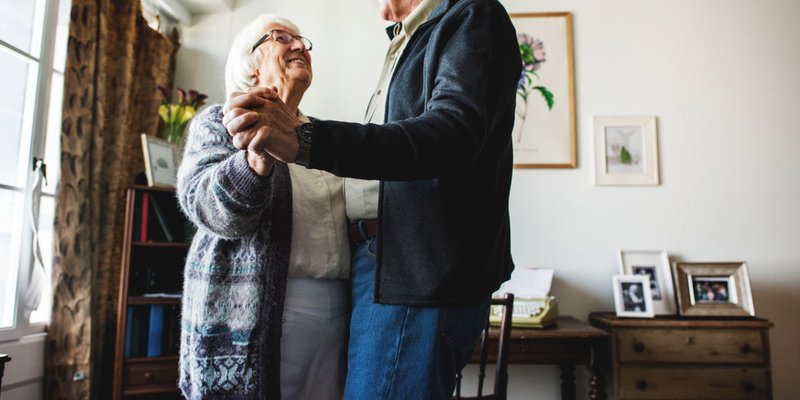 Reverse mortgages are commonly associated with those in their 70s or beyond. Most use them as a last resort to raise cash while staying in their homes longer.

But a notable trend started about 20 years ago. Those seeking reverse mortgages became younger on average.

Data from HomeEquity Bank—the largest reverse mortgage provider in Canada—shows the average age of applicants in 2019 was 71.8 years of age. That’s down almost three years since 1998, despite a recent uptick. 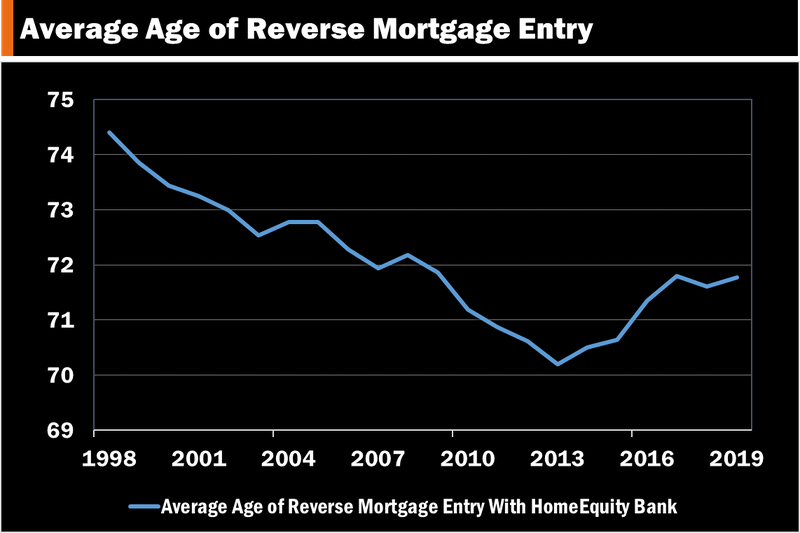 In the last decade, more applicants weren’t even retiring before getting a reverse mortgage. That’s a partial reflection of new policies that permitted younger borrowers to apply. (In 2010, HomeEquity Bank reduced minimum age from 62 to 60, and then from 60-55 in 2011.)

The age downtrend could also reflect broader interest in the product due to falling rates, as well as more Canadians facing cash crunches after depleting their retirement assets (which would be consistent with rising consumer debt loads).

“Part of the explanation may be that boomers are more willing to take on debt to fund major purchases, pay for their children’s or grandchildren’s college tuition, or to pursue their lifestyle dreams,” speculates a report from MetLife Mature Market Institute and the National Council on Aging.

Similar data in the U.S. (which has a big head start on the Canadian market) also shows that today’s reverse mortgage applicants are younger. The average age in 1990 was 76.7 vs. 73.3 last year, according to the U.S. Housing and Urban Development Agency.

The younger reverse mortgagors get, the more you have to wonder if they’ll have enough to fall back on in their 80s and 90s. If you live to 70, your life expectancy is another 15 years. If you make it to 80, you’ll likely live to near 90. (That’s an average. In both cases, the expectancy is more for females and less for males.)

And that’s not to mention your equity depletion. If you get a reverse mortgage at 70, you’ll qualify for a loan that’s at least 40% of your home value. If you get that much, by 90 you’d be left with just 15% equity, give or take, assuming home values grow with inflation (~2% a year).

With lower investment returns and the slow death of private pensions, more people are relying on home equity to fund their longevity. If you’re one of them, you shouldn’t pull the trigger too early. The last thing you want is to outlive your resources, particularly if your home is the vast majority of your retirement assets.

MetLife’s report found that, as of 2011, almost half (46%) of homeowners looking to apply for a reverse mortgage were under the age of 70. That’s a touch concerning. If you can’t make it to 70 without taking out a 5%+ mortgage to get by, things aren’t so good.

In the last five years, the average age of a reverse mortgage customer has risen. That’s hard to explain, says HomeEquity Bank.

One could guess, of course. Perhaps it has something to do with seniors having recovered from the great recession, perhaps it’s related to the source of HomeEquity Bank’s business in recent years, or maybe there’s an increasing need among older Canadians for emergency liquidity. Or it might just be random.

Reverse mortgage balances are growing north of 20% a year, dramatically faster than regular mortgages, but from a much smaller base of customers.

The amount of a reverse mortgage that a homeowner can be approved for depends heavily on the applicant’s age and mortality tables, similar to how life insurance is priced. In Canada, a homeowner applying for a reverse mortgage at the minimum age of 55 would only be able to access 15% to 20% of their home’s value. Yet, still they apply. (The maximum loan amount is generally only available to those 80 and over.)

While a reverse mortgage allows a homeowner to stay in their house as long as they wish, the bottom line is that the loan must eventually be repaid. Whether homeowners took at a large lump sum at a later age, or withdrew equity over many years, they will have accumulated a significant loan balance that will accrue interest and other fees.

None of this is the fault of HomeEquity Bank or Equitable Bank, of course. They’re simply fulfilling a need that no one else will. And it’s an essential service to those who want to remain in their homes have no other realistic options for cash.

In any case, we’ll keep an eye on the age trend. A significant drop from here could suggest growing risk of younger applicants postponing an impending personal financial crisis.

Either way, someone who’s made it to 55 or 60 has a lot of life ahead of them. They need to remember that before depleting their most important asset.