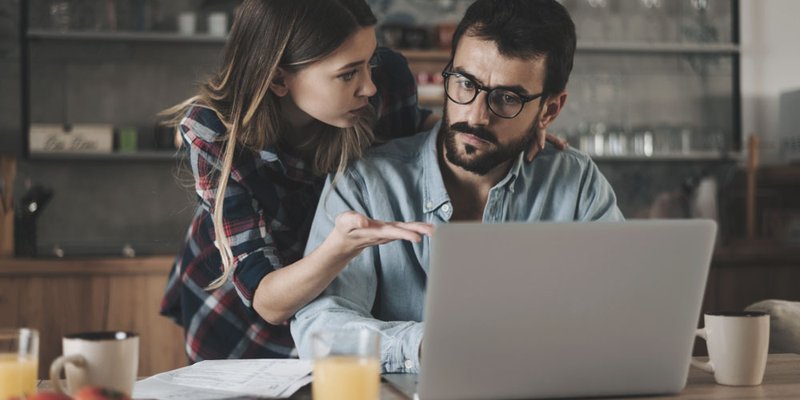 The COVID-19 pandemic has had a profound impact on the Canadian economy. While the number of new cases is now trending in the right direction in many parts of the country, the economic carnage will continue to be felt for some time. One area that is being closely watched is the real estate sector. There is a growing fear that we could soon witness a wave of forced sales and foreclosures in the wake of the pandemic.

As the potential for the spread of the virus became apparent earlier this year, governments at all levels in Canada ordered much of the economy to be shut down. This led to a record surge in unemployment. To offset the sudden loss of income experienced by millions of Canadians, the federal government quickly rolled out the Canada Emergency Response Benefit (CERB).

The country’s banks and other mortgage lenders also rose to the challenge by allowing its customers in need to defer their mortgage payments for up to six months. This deferral period has saved many from defaulting on their mortgages. But for those that took advantage of this program early on, they will soon be required to start making payments again, which could lead to a wave of mortgage defaults.

Potential for a wave of mortgage defaults

Despite the controlled reopening of the economy, expectations for the recovery have shifted in recent weeks. Government forecasters and independent analysts have suggested it could take longer than previously predicted for things to get back to “normal.”

This reality has already forced the federal government to extend the CERB program for another eight weeks. Still, there are currently no plans to extend CERB payments beyond August, despite other countries, like the U.K., extending their deferral programs. For those still out of work and who are now expecting mortgage payments in the coming months, the end of the CERB program could force many to either put their home on the market or face foreclosure.

The latest job numbers show just how volatile the employment outlook is in Canada at this critical point in the economic recovery. Canada produced an impressive 289,600 jobs in May, but the unemployment rate still rose to 13.7%, the highest level of unemployment since the early 1980s.

Most of the increase in new jobs can be traced to the fact that the government is slowly allowing some parts of the economy to reopen. This means that these jobs are largely the resumption of previous positions and not newly created jobs. As officials are quick to point out, millions of Canadians remain unemployed. It is expected that it will be many months before a return to more normal employment levels.

CMHC warns of a sharp decline in house prices

In a presentation to the Standing Committee on Finance in late May, Canada Mortgage and Housing Corporation CEO, Evan Siddall, said the agency expects a significant decline in house prices—up to 25% in certain parts of the country. While housing markets in Western Canada are more likely to experience the worst-case forecasts, the CMHC still predicts house prices to fall anywhere from 9% to 18% in other parts of the country.

The CMHC also believes that house prices will not recover until late 2022, made worse by what the CMHC is categorizing as a “historic” recession as noted in an update published to the CMHC website in late May:

“Canada will experience a historic recession in 2020 with significant declines in all housing indicators. Severe loss in household income and employment, and migration at a standstill contribute to unprecedented falls in construction activity and sales. The decline in housing activity is compounded in oil-producing provinces as the energy sector is also experiencing historic lows.”

If property values decline as much as the CMHC is forecasting, some forced sellers could end up “underwater.” In other words, they could find themselves in the position of being forced to sell their homes for less than they currently owe on their mortgage. This is especially true for those who have purchased recently at higher values with only the minimum down payment.

But even long-time homeowners could have their plans scuttled by a major price decline. Those looking to downsize from their current home and use the proceeds to help supplement their retirement are particularly vulnerable to a decrease in property values. For many “empty-nesters,” this could dramatically reduce the security of their retirement years.

Could Variable Rates Still Fall?
Many have given up on variable rates, figuring they’re about as low as they can go. And for existing variable-rate holders that may be true, assuming the Bank of Canada doesn’t surprise everyone.
Learn More
Rob M.
Oct.20.20
5 mins read