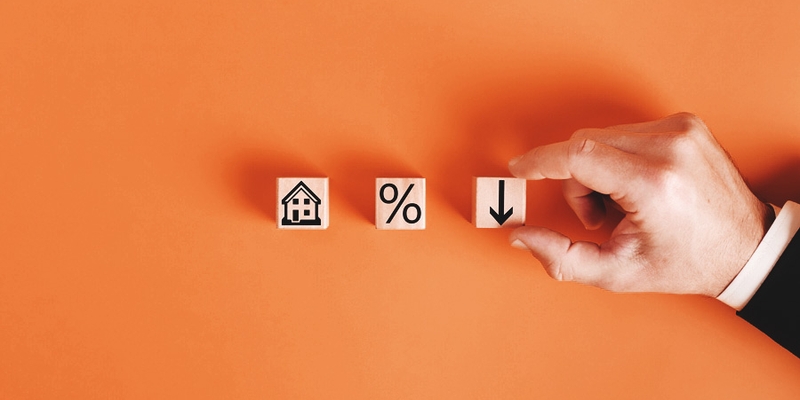 5-Year fixed rates fell at multiple lenders over the last week, but only by about 5 basis points (1 basis point or "bps" = 1/100th of a percent) on average. The catalyst was a lower cost of funds for lenders, which are down 15 bps from the March high.

5-year swap rates — which provide a rough guide of funding costs on 5-year mortgages — had been going sideways for weeks. But with provinces pressing the economic pause button (i.e., locking down their economies again as COVID cases soar) financial markets have taken rates lower. 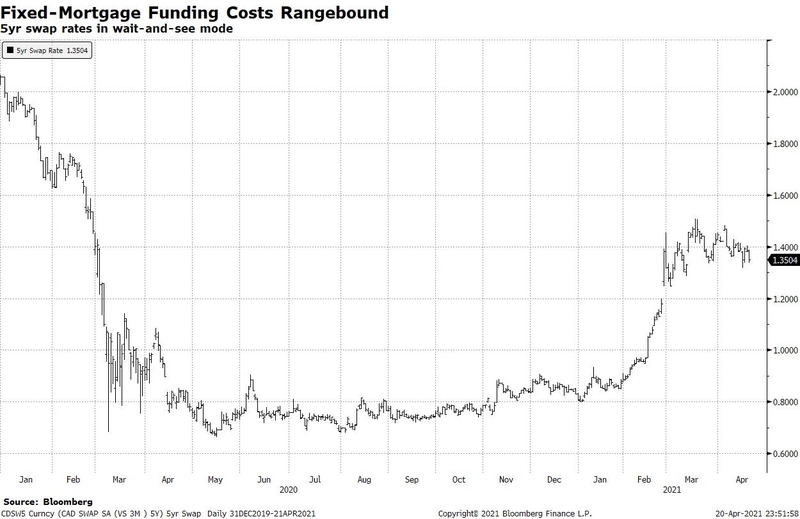 This rate reprieve is temporary, if you ask most analysts. Forward rates in the bond market imply a 65 bps increase in 5-year rates over the next 24 months, according to Bloomberg.

Mortgage rates are expected to creep higher once lockdowns expire as the economic recovery resumes in full force. For now, however, the urgency to rush out and lock in a mortgage has dissipated. Although, that doesn't mean you shouldn't get a pre-approval/rate hold if you may need a mortgage in the next 120 days.

As usual, the most popular term remains the 5-year fixed. The lowest nationally advertised uninsured 5-year fixed rate is currently 1.99%. Major banks are closer to 2.14%, but good credit and a little negotiation can narrow that gap for some borrowers.

For default insured mortgages, brokers in some provinces are quoting as low as 1.59%. That's been the lowest 5-year rate for four weeks now.

Thanks to the government's mortgage "stress test," most creditworthy applicants must prove they can afford at least a 4.79% interest rate. This "minimum qualifying rate" (MQR) hasn't changed since August.

Mortgage applicants who can't quite pass that test can find credit unions and alternative lenders willing to let them qualify at their actual rate of interest, as low as 2.59% depending on the province. That's less than half a point more than big bank rates, an unusually tight spread.

At 2.59%, this effectively lowers the MQR by more than two percentage points, letting a borrower get approved for almost a 20% bigger mortgage.

If that sounds appealing, you'll want to remember two things: