4 Tips: How to Buy in a Hot Real Estate Market 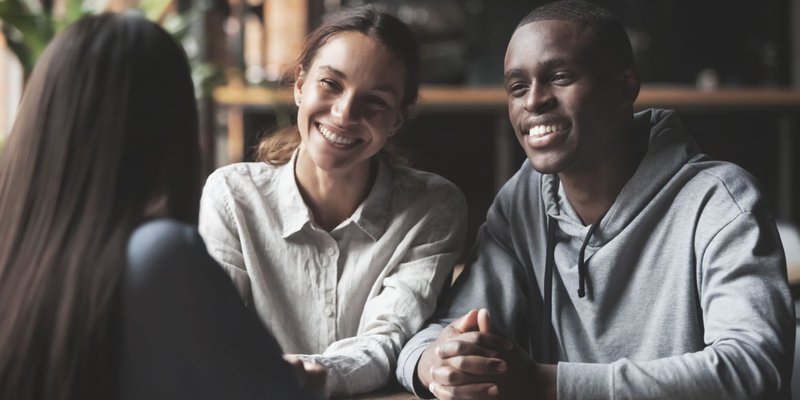 For people looking to get into the housing market, the news is anything but good. The Toronto Real Estate Board’s (TREB) latest stats show that prices in the Toronto area were up 7.4% in June compared to a year earlier, with the average price for all types of homes at $568,953. It’s a similar story in Vancouver, where sale prices were up 4.4% compared to June 2013, with the average price a staggering $628,200. And same goes for Calgary, where a 5.49% year-over-year increase has bumped average prices up to $491,995. But don’t give up. You still have some options.

For many, condo units have become the new starter home. And buying pre-construction is a great way to get a deal. But be sure to read this post on some of the risks of buying pre-construction. If you’re not willing to wait a couple of years from deposit to move-in, cast your eye on some of the older condos on the market. Believe it or not, it is still possible to find housing in the Toronto area for less than $100,000 - you just have to look outside the city centre. And while fancy gyms and rooftop party areas are nice selling features, they also mean higher-than-average monthly condo fees. A no-frills building will help keep down upfront and ongoing costs. Bungalows in older suburban areas are another great way to get your proverbial foot in the real estate door. They’re also a good long-term investment. With our ageing population of baby boomers, there will be a lot of people looking to downsize to properties with all the living space on one floor. The other option is to 'top-up' the house by eventually adding a second story. This is hugely popular in Toronto’s East York area, with companies that specialize in these types of addition often working on multiple jobs on the same block.

The houses at the higher end of the pricing scale tend to be the ones that have been recently renovated and are move-in ready. But why pay a premium for someone else’s choices of colours and fixtures? A house that’s livable can be slowly upgraded, one room at a time. And you’ll save a bundle if you’re able to do much of the work yourself. But you’ll still have to be selective about location. In the hottest neighbourhoods, even a house in need of a gut reno will sell for well above half-a-million dollars.

Look for Properties Sitting on the Market

In a hot market, most buyers assume that if a home doesn’t sell within a couple of weeks of going on sale, there must be something wrong with it. But there are a number reasons why a house might not sell immediately: it could have been priced too high initially – prime targets for an under-asking bid, the number of buyers looking at any given time ebbs and flows, and sometimes deals fall through. In short, it’s worth taking a look at properties that have been sitting around for a while.

Rent (Out) to Own

The first house my wife and I bought was a duplex. We lived in a two-bedroom unit upstairs and rented out a one-bedroom apartment on the main floor. Our living space wasn’t much bigger than either of the apartments we’d been renting separately, but our housing costs dropped dramatically. The rental income covered a good portion of the mortgage payment and the balance was less than the rent we were paying on one apartment alone. If a property you’re interested in doesn’t have an existing rental unit, it is usually possible to add one. But you’ll have to budget the costs into your plans: factor in a minimum of about $10,000 to add a very basic kitchen in an already finished basement, and another $5,000 or so to add a bathroom.

In some markets, it may just make sense to continue renting. The fact is, homeownership isn’t for everyone. A colleague of mine, now in his 50s, has proudly been a lifelong renter. He wasn’t interested in the hassle and expense of maintaining a house, so he gladly pays someone else – his landlord – to take care of that for him. According to the CMHC, as of April 2014, the average rent on a two-bedroom apartment in Toronto is $1,241. (It’s $1,267 in Calgary and $1,274 in Vancouver.) Now let’s compare that to a mortgage. With a 10% downpayment on an “average” $570,000 home in Toronto, you’re looking at a roughly $500,000 mortgage. At 4% interest, your monthly payment would be $2,639.18. That’s more than double the local rental rate and doesn’t include property tax, utility bills, or any upkeep.

Do you feel renting is a viable option in these busy urban markets?