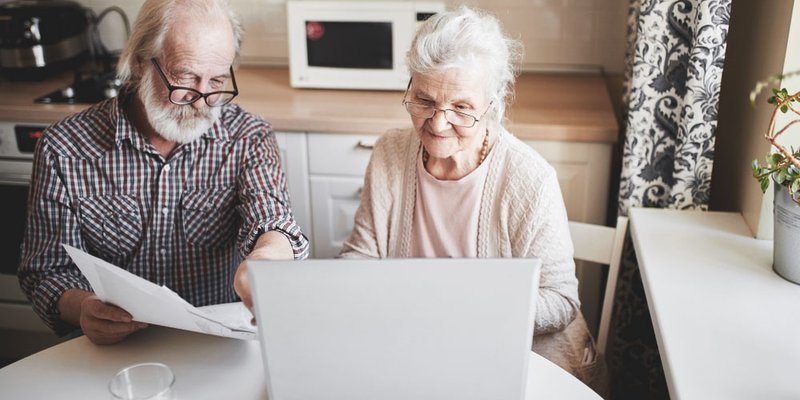 As February comes to a close and the RRSP deadline looms, familiar panic sets in. Taxpayers rush to their accountants, who know they're in for long nights of coffee slurping and burning the midnight oil: tax season is officially upon us. But while many Canadians rely on the pros to file their returns, 40%will file their own taxes, according to the Canada Revenue Agency. And most are forgoing the pen and paper route; for the 2013 tax season, 83% of returns were filed online by individuals or professionals. While taxes can be a breeze for those early in their career or young professionals with few expenses to claim, seniors and retirees have a slightly more robust tax landscape to navigate. Taking the online-DIY approach can be a lot more complex for this group. Gerry Vittoratos, lead trainer at Thomson Reuters’ DT Tax and Accounting – which publishes the UFile tax software – offered up some insight for seniors and retirees looking to file for themselves.

Got To Give Them Credit

“There are some credits that are relevant for retirees regardless of age,” says Vittoratos. Retirees reporting eligible pension, superannuation or annuity payments on their tax return might be able to tap into a non-refundable tax credit of up to $2,000 ($300 after factoring the non-refundable tax credit rate). “Since these pensions are eligible for the pension income amount, they are also eligible for pension income splitting with spouses,” he says. “If one spouse is receiving the CPP and is not over 65, he or she can still split the payments with his or her spouse.” To do so, the taxpayer will need to connect with Service Canada to get authorization for the split. Widowed retirees can also claim the “allowance for the survivor” – a benefit set up for retired widows under 64 who have never remarried and make less than $23,000. “(Be sure to) review the Service Canada website and consult the eligibility rules of the different pensions offered by the Government of Canada,” adds Vittoratos.

In Sickness and in Health

It’s especially important for seniors to be diligent with their claims around health expenses. While keeping receipts and records of health services is a must, there are plenty of elements that often go overlooked, namely transportation expenses related to health services that require the taxpayer to trek at least 40 km beyond their local region. “Depending on the medical condition, certain non-medical expenses related to the treatment of the condition can be claimed as medical expenses,” says Vittoratos. “For example, taxpayers with Celiac disease can claim the price difference between gluten-free food purchased and the equivalent cost for non-gluten-free food.” Premiums for travel medical insurance are also considered a medical expense. Those with disabilities signed off on by the CRA can claim a credit of up to $7,766. “If the disability has been present for a few years, a retroactive claim can be made on prior-year tax returns as long as the certificate from the medical practitioner indicates the year of the disability,” adds Vittoratos.

Look to Past Unclaimed Donations

Unused donation amounts can be carried forward five years and used as a non-refundable credit and unclaimed capital losses from previous years can be deducted as well. “These amounts can be found on the Notice of Assessment,” says Vittoratos. Seniors can also deduct interest paid on loans for investment or payments made to financial advisors from their total income. “The only caveat is that the expenses have to be incurred for non-registered accounts.” He says. “So RRSPs and TFSAs are not eligible.”

My Partner, the Retiree

“Spousal RRSP contributions can be an effective way for the spouse who is still employed to increase the retirement funds of their retired spouse,” says Vittoratos. “The advantage is that the working spouse uses his or her own RRSP deduction limit to make the contributions, which is always increasing due to continual working income.” The working spouse can then claim the deduction in his or her own tax return.

Senior Taxes Don't Need to be a Struggle

The first time claiming as a senior or a retiree can be daunting, but the goal is to stay diligent and keep a copy of the CRA’s tax guidelines handy. Any deduction overlooked is money left on the table. “Review the general guide and focus on the deductions and credits that are oriented towards seniors, such as the age amount, pension income amount, pension income splitting and disability amount,” says Vittoratos. “(Don’t forget) to claim any retroactive claims that have not been made.”