2014 Mortgage Trends in Canada: A Year in Review 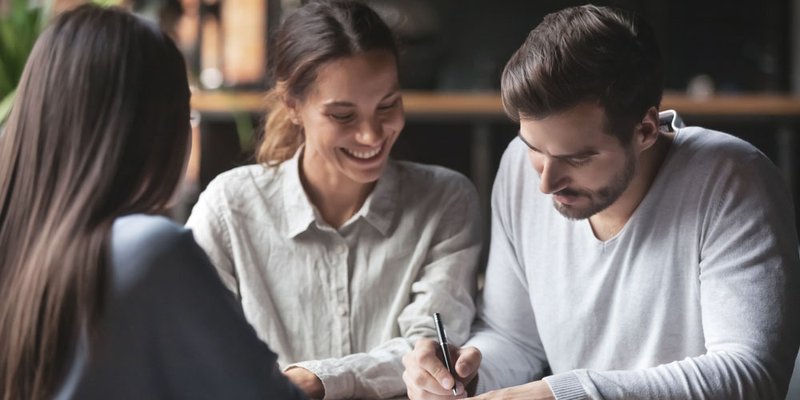 2014 may be drawing to a close, but speculation regarding this year’s mortgage market is far from over. Economists and home buyers alike are waiting with baited breath to see if 2015 will usher in change for borrowing costs and the housing market.

To better understand the market’s future direction, we’ve looked to the past; read on for the strongest trends seen within the mortgage market in 2014.

Looking for the best mortgage rates in Canada? Find them here!

No surprise here - home buyers value the lowest rate above all else when choosing a mortgage. 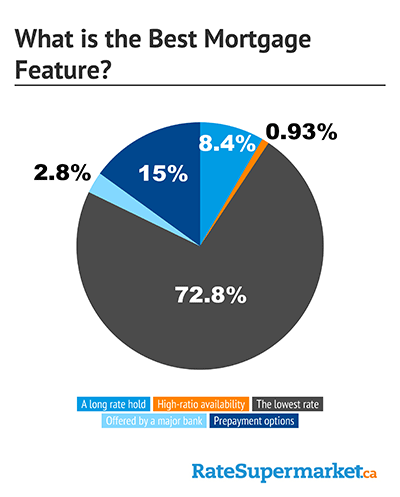 But the cheapest interest rate isn’t the only way to save money on your mortgage. Check out these 4 essential mortgage features to ask for to whittle your housing costs even further.

What’s In Store for the 2015 Mortgage Market?

They say all good things must come to an end… but that hasn’t been the case for the record-low mortgage rates that lingered throughout 2014. Several economic reports have stated a rate increase is inevitable and could come as early as the later half of 2015. Do you think fixed or variable rates will go up or down next year? Here’s what our readers have to say: 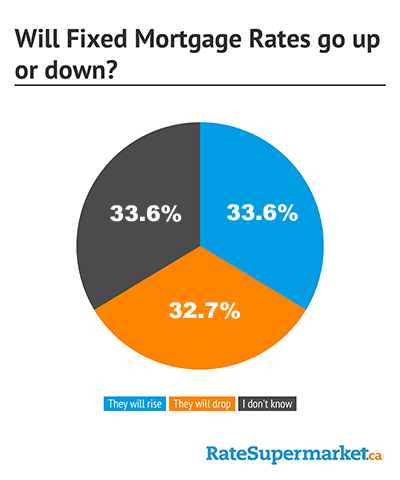 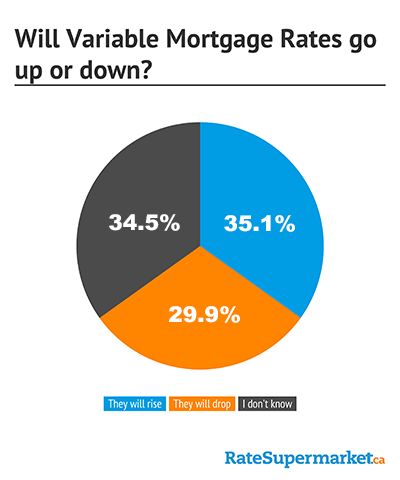 The age-old debate of what’s better - a fixed or variable rate - persisted in 2014. While record-low bond yields ensured steep discounting for fixed rates, variable mortgage holders enjoyed the lowest monthly payments all year long as the Bank of Canada made no move to shake up the national cost of borrowing.

Check out our month-to-month breakdowns of this year’s best rates, and how they were affected by national economic data. 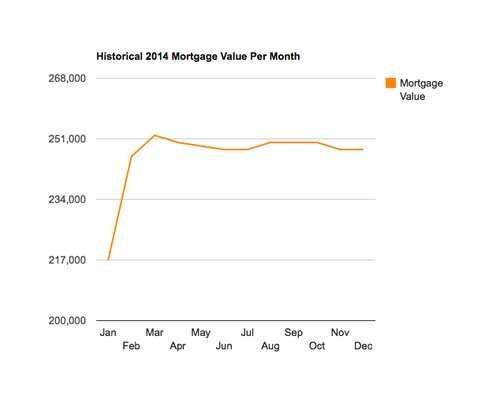 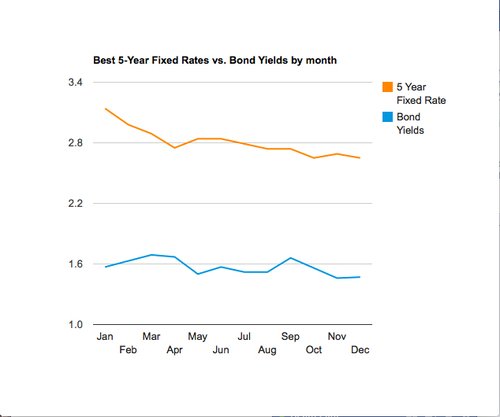 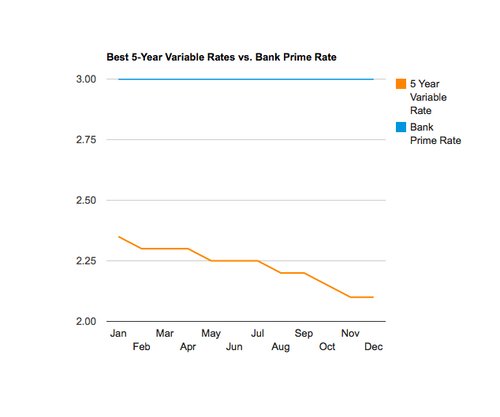 How Much Would You Save?

We’ve said it before and we’ll say it again - it’s outstanding how much you can save on your mortgage costs by knowing your options. Comparing the market and picking a competitive rate with great features can shave thousands off what you’ll pay over the course of your amortization. How much would you save? We’ve compared the lowest rate with the highest each month, along with the total mortgage savings based on the average Canadian home buyer.

Who Is The Average Canadian Home Buyer?

***All calculations made with RATESDOTCA's Mortgage Payment Calculator 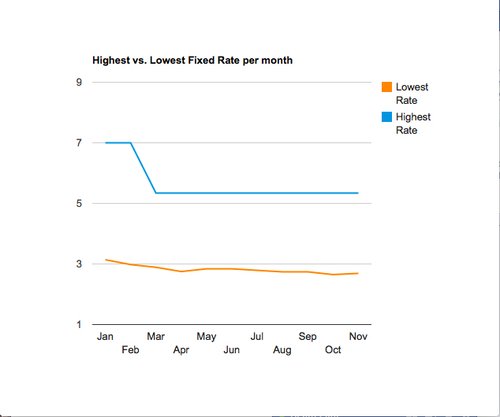 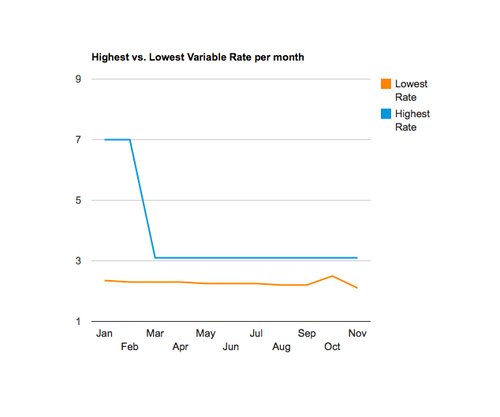 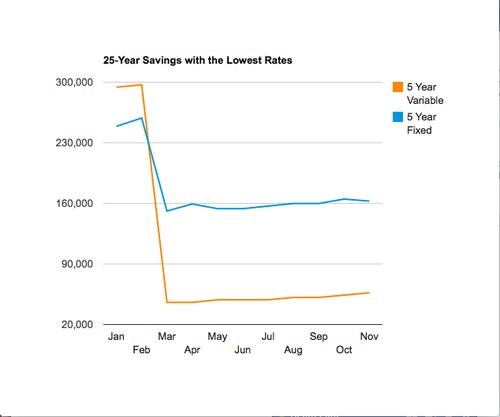 *Source: All mortgage rate information is from RATESDOTCA