Your Lawn Could Ruin Your Insurance Claim

Frequent maintenance helps prevent your home from turning into that house on the street. You know the one that looks dishevelled and uninviting. One of the first things to get out of hand is the lawn. Upkeep for a groomed, weed-free lawn happens regularly and takes a lot of effort. It can be even more difficult when dealing with urine spots left behind from your dog, an infestation of pests, or water restrictions.

One way to have an eternally green, effortless lawn is to install artificial turf. It sounds like a good idea. You can ditch the lawnmower, and you may never have to pull weeds again. But before you call a landscaper, you may want to consider the consequences purchasing this feature may have on your home insurance.

Where Can I Install Artificial Turf?

Artificial turf is popping up all over the city, from condo rooftops, sports fields, and schoolyards. But you better think twice before installing it in your front yard.

The CBC reported that Scarborough resident Sangeeta Gounder received a bylaw violation notice, in May, for her artificial lawn. The turf has two feet of drainage and has been professionally installed. However, the city’s main concern is still about drainage. When Gounder spoke with the city, she was warned that artificial turf does not absorb water as fast as the natural ground cover would. An increased risk of flooding would occur after a heavy rainfall, when the snow melts, or if the drainage were to become blocked.

If the surface was not installed correctly or was uneven it could also create pooling.

The Toronto bylaw states, “Artificial turf is not acceptable or considered to be soft landscaping and is, therefore, not permitted”. It further indicates that 100% of the front yard area, not covered by a driveway, must be landscaping. Of this, 75% must be in the form of soft landscaping. If you are found to be in violation of the bylaw it can result in a $1,400 fine or a mandate to remove the artificial turf. However, infractions are only investigated when a call is placed to 311.

Even if you are lucky enough to have evaded the bylaw officers thus far, in the event of flooding, your insurance company may have reason to deny your claim.

The Impact Artificial Turf May Have on Home Insurance

Whether you had your artificial lawn installed professionally or if it was a DIY project, it could have repercussions. If the artificial turf were to have poor drainage or the drain were to become blocked, your basement could flood. Your insurance company could deny your claim due to negligence.

For example, if you notice a small amount of water pooling on the window sills of your basement, and don’t take the necessary steps to prevent further water damage, this could be considered negligence. Removing leaves, excess debris and clearing drainage paths would be a reasonable preventative measure.

Even for professionally installed artificial turf, it would be quite difficult to guarantee the drainage was working, and without tearing up your pristine lawn it would be almost impossible to check.

If you are considering installing artificial turf, in your Toronto home, keep in mind your initial investment may result in a fine, removal fees, or a denied claim from your insurance company.

Are you covered in the event of flooding? If you’re not sure, call your insurance company to clarify what is included in your policy. If you aren’t completely satisfied with what they have to offer, you can compare options for home insurance at RATESDOTCA. 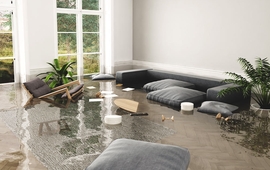 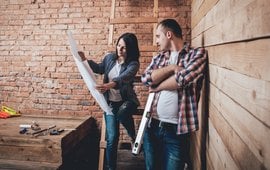