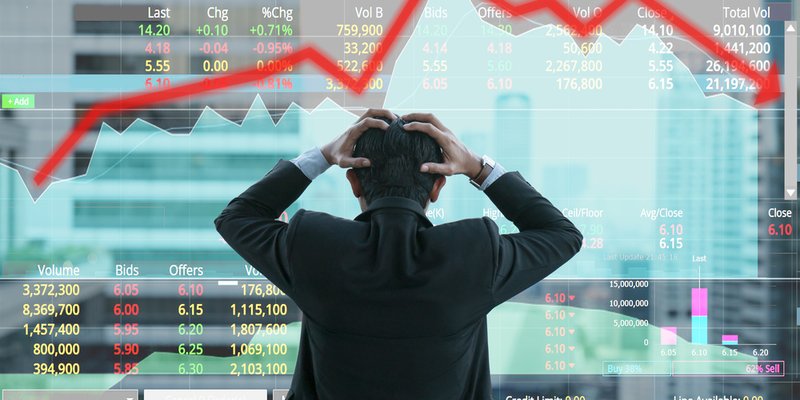 Say the word “pandemic” and fear is the response. Not just fear for one’s health, but fear for your finances.

The coronavirus scare ratcheted up several notches Thursday as the World Health Organization declared a global health emergency. The move came as confirmed cases broke 9,000 (SARS had about 8,100).

The latest death toll is over 210 and growing. That begs the question, how bad could this get?

For mortgage shoppers, the answer will impact their borrowing costs.

For a sense of what might be next, it’s interesting to look back at the 2003 SARS outbreak. When the WHO declared a third global health alert on April 11 of that year (at which point there were “just” 2,781 confirmed cases of the virus and 111 deaths), the 5-year bond yield soon plummeted. It sank roughly one percentage point in the few months that followed.

That brought 5-year fixed rates along for the ride, and they too fell about a point. Albeit, other factors were at play including the Iraq invasion and a Fed rate cut in June 2003. 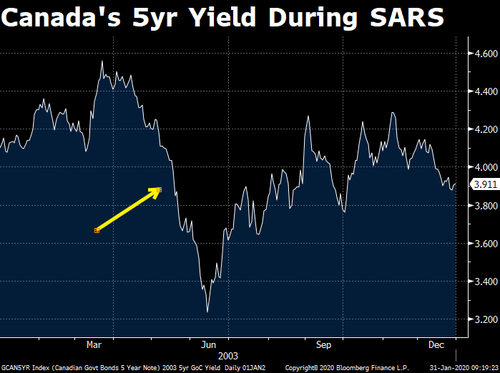 As a result, analysts piled on the worry.

RBC Economics said, “The outbreak is disrupting China’s economy, and those disruptions will have, albeit temporary, spill-overs to other countries, including Canada.”

Some (including a scientist who identified SARS) argue the impact could be far greater than the SARS outbreak—especially given the prevalence of social media. Information now travels the world in milliseconds, fuelling emotion before all the facts are in.

As investors flee stocks and move money into bonds, bond yields (which move inversely to prices) have taken a dive.

Royal Bank of Canada was one of them. It was the first Big Six bank out of the gate this week with material reductions in fixed mortgage rates. It essentially reversed recent rate hikes and dropped its 5-year fixed rate by 15 bps.

As a result, rates could easily drop 15 bps from their current best levels. That would drop the best widely available uninsured 5-year fixed rate to 2.69% or less. We’re at 2.84% today.

Effect on the Next Bank of Canada Rate Decision 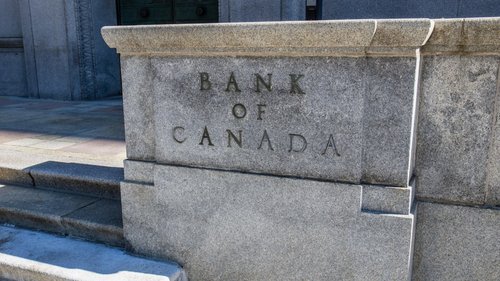 The Bank of Canada is scheduled to deliver its next rate decision on March 4, where markets have priced a one-in-four chance of a rate cut.

Economists at RBC Economics are bucking those odds. They project the BoC will indeed lower rates at its next meeting, similar to how it did after the SARS outbreak. But the virus likely won’t be the impetus for the cut, they say.

“In 2003, uncertainty about the economic impact of the Iraq war (which also started early that year) and a case of mad cow disease that prompted the U.S. to ban Canadian beef imports meant the central bank probably would have cut rates with or without the SARS virus,” they wrote.

“Today, the negative economic fallout from the coronavirus in Canada will just add to an already soft economic growth backdrop that we think was already putting the BoC in position to cut the policy rate by mid-year.”

Either way, fixed mortgage rates stand to drop in the meantime.